Ofcom is writing to broadband companies to ask why some people are having to pay to keep old email addresses.

TalkTalk charges £5 a month and BT charges £7.50 a month if customers switch providers but want to keep using their email addresses as before.

Virgin deletes those it gives to customers 90 days after they leave, but Sky lets people keep theirs for free.

Ofcom told Radio 4’s Money Box it could see no reason for what one customer called “basically daylight robbery”.

Ofcom added: “We’re looking at this to consider whether we need to step in and take action.”

As the UK’s four big providers, BT, Sky, TalkTalk and Virgin supply 90% of the UK’s net-using homes with broadband.

Money Box spoke to one customer who has paid £260 to keep an old address during the three years since switching from BT.

It’s a similar story for Wendy Small, from Bookham in Surrey, who’s been charged £160 since leaving BT for another provider two years ago.

“If you’re switching to save money, but then you suddenly find that you’re going to have to pay to keep your email address so you don’t have the inconvenience of changing everything that’s linked to your email address and it’s going to cost you up to £7.50 per month, then those savings disappear.

BT says people can keep their email addresses for free using a basic service that’s only accessible via a browser, but that customers who want to maintain their normal email service, they have to pay £7.50 per month.

An Ofcom spokesperson said: “We can’t see a reason why you should have to pay these amounts to keep your email address. So we’re looking at this to consider whether we need to step in and take action.

“Last year we also secured commitments from companies to treat customers fairly, so we’ve asked them to explain how this fits with that promise.”

As well as people having to pay to keep old email addresses, another possible area of concern for Ofcom is the risk that people are being put off switching providers to get better deals, because of the hassle of losing their email addresses.

The idea of having to change his email address with all the sites he uses is something Dave Currie, from Inverkip, says is just not worth any potential savings.

He had to switch once before when his supplier “dumped” him on to another company: “I had to change every online account that required an email address as a login and there were over 100 of them.

“I had to change logins for bank, gas and electric suppliers, car insurance, house insurance, holiday companies, airlines, all the online shops that require that.

“I also had some problems with auto-renew contracts that sent reminders to my old address, so that caused a lot of problems.

“Having had to do it once, I would certainly be put off changing service providers, even for a much better deal. It just involved too much time and effort.”

Dan Grabham, editor of technology website Pocket-Lint, says the amount people are being charged is shocking, especially as some providers let their customers keep them for nothing if they decide to switch.

“If Ofcom is serious about mandating ISPs (internet service providers) to provide access to addresses after you leave your provider, then it will have to institute a system similar to the ability to swap your mobile phone number to another network.

“If you’re thinking about leaving your ISP in future and have an email address with them, it’s worth finding out now how much it will cost you and factor that into your decision to switch.

“It could be that it will still be cheaper for you over the next 12 months to switch even if you are paying for access to your email address.

“However, my advice would be to prevent this being a problem in future by taking the hit now. Set up a web-based email address from a reputable provider, such as Microsoft’s Outlook or Google’s Gmail, start using that instead and gradually move your logins for the services you use across to it.”

Airbnb is not an estate agent, EU court rules 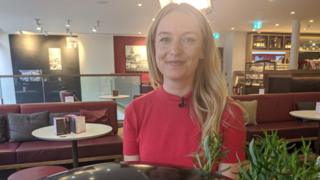 This is the nice. Is esan Union in Germany

Which side you people de

There are Masses going on in the Catholic Church. But there are no public Mass celebrations. Priests are expected to celebrate private Masses for the living and the dead, for all their members, for their immediate society and for the world as a whole. The Catholic has Masses going on around the world. It's just they are not attended by the public but the public intentions are considered at the Masses.

Amen and so shall it be ooo