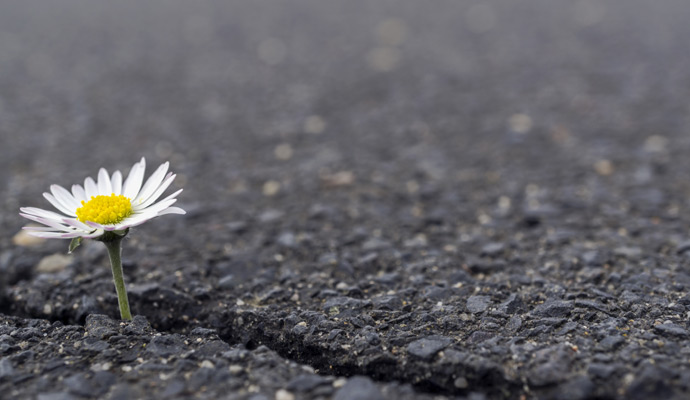 Imagine if Thomas Edison, who grew up poor and without much formal education, hadn’t persevered through the hardships in his life. Almost entirely deaf from an early age, Edison created the carbon transmitter, which made it easier to hear sounds on the telephone. That invention led to a string of others, including his most widely recognized: the phonograph and the lightbulb.

What kept Edison going? Biographers describe his inclination to solve problems and tinker, as well as his persistence, but there was something else, too. Persevering in the face of adversity requires resilience. “I have not failed,” Edison famously said. “I’ve just found 10,000 ways that won’t work.”

Some people are naturally resilient. They have a positive attitude and find ways to overcome obstacles in order to achieve their goals. But anyone — even those who aren’t resilient by nature — can build this capability.

In a work context, it’s never been more critical for people to develop resilience. Changes driven by a dramatically accelerating rate of technological innovation are rocking the very foundations of how we work and live. The nature of employment — who we work for, the work we do, and the structure of employment contracts — is in the midst of seismic reinvention. It’s entirely possible that decades from now, many people won’t work 9-to-5 jobs. Perhaps it will be more common to have careers with highly active periods followed by fallow ones. Workers’ overall income may rise, but the predictability of cash flow could fall. Many people may never meet their colleagues in person, and new professions might emerge that we can’t yet imagine.

Such changes could be psychologically, logistically, and financially taxing, underscoring the need for workers to arm themselves with new disciplines, in both senses of that word. People will need discipline — meaning self-control and orderliness — to help navigate a chaotic world, and they’ll need new disciplines, meaning a series of new mental faculties, an attitude of flexibility, and different skills, to be successful. The benefits of building resilience won’t be just personal; business will gain, too. According to a study conducted by meQuilibrium, an employee assessment and training company, highly resilient employees miss fewer workdays, report higher job satisfaction, stay on the job longer, report less stress, and are in better health than those with low resilience.

So far, much of the focus in preparing people for tech-driven change has been on helping them master digital skills, particularly those related to data, analytics, and artificial intelligence (AI). But this approach to upskilling doesn’t go far enough.

Equipping people to better cope with change doesn’t mean we should expect them to put up with unjust situations or to rise above deep structural problems in the workplace or a lack of sufficient resources. But resilience is part of an arsenal of skills that can help people overcome significant challenges.

Why mind-set will matter

Today’s workers in developed markets — particularly professionals — have it fairly easy by historical standards. In industrialized countries, people work 20 to 30 hours less per week than they did in the 19th century. Moreover, a slew of worker protections have been developed since then, including unemployment insurance, pensions, broader health and safety rules, equality practices, and anti-discrimination legislation.

In the next five to 10 years, however, stable employment might become less common as a result of the following trends:

● Atypical labor arrangements such as gig work and zero-hours contracts are on the rise. In research conducted by PwC on the workforce of the future, 60 percent of survey respondents thought that “few people will have stable, long-term employment in the future.” And in the U.K., independent think tank the Resolution Foundation estimated that more than a million workers were on zero-hours contracts at the end of 2016, a five-fold increase over five years.

● Automation and AI are threatening to make some jobs obsolete, particularly in manufacturing, where Oxford Economics predicts there will be 20 million robots on the job by 2030. AI will have the greatest impact on knowledge workers, according to a recent report published by the Brookings Institution.

● Jobs increasingly require new skills that employees don’t have. The World Economic Forum estimates (pdf) that by 2022, 54 percent of all employees will need some form of reskilling, which in certain cases may take months (or years).

Resilience is part of an arsenal of skills that can help people overcome significant challenges.

These trends will trigger many additional challenges for people and make it more difficult to achieve financial stability. For instance, U.S.-based research shows that ride-hailing platforms pay an average of about US$12 (pre-tax) per hour, which is well below the average U.S. wage as of June 2019 of $25.12 per hour, not including benefits, and $36.61 with benefits, according to the U.S. Bureau of Labor Statistics.

Even the need to learn new skills might be challenging, in that it will require people to agree to and participate in the training process, adding to the cognitive load that is already part of their job. Then, once workers have been retrained, they will face a new environment. They could be employed in different roles with no clear career trajectory. Those who move from being employed to being contingent workers may have to manage their own long-term goals. And, most daunting of all, no one knows how long this period of economic transition will last. We don’t know whether employees who make one transition will be “done,” or whether retraining and role changes will remain a continuous process.

In this dynamic environment, the ability to stay positive, adapt, and take steps to tilt things in one’s favor — in other words, to be resilient — becomes critical.

Employers must lead the way

Employers have an opportunity, and some may say an obligation, to help build more resilience in their workforce today. To accomplish this, there are three things they’ll need to do:

● Help employees become more adaptable not only by teaching resilience through seminars and coaching but also by encouraging lateral moves — which leaders can model — within organizations.

● Provide access to trained counselors from outside the organization who can be a useful sounding board for stressed employees, guide workers through self-directed stress relief, and support good decision-making techniques.

Governments also have a role to play in elevating resilience and could choose to incentivize or mandate action by employers. They can also prepare the next generation of workers by building these resilience skills into school curricula at all levels.

Success will inevitably require a combination of all stakeholders — business, government, and individuals — driving change. People will have to actively participate in their own success, but if all of the onus is placed on them, those without the resources and know-how to retool could get left behind.

Just as giving employees technical training alone won’t be sufficient to ensure success in this fast-changing world, building resilience won’t be enough by itself, either. Still, having this foundational capability is tremendously important, and if individuals can master it, lightbulbs might start turning on in companies all over the world. 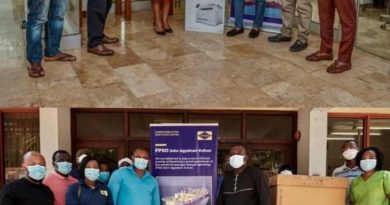 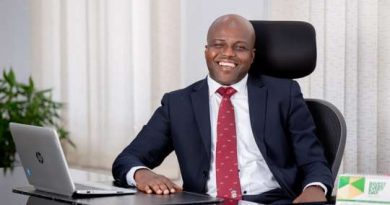 The Travel, See, Snap and Win contest has so far rewarded 3 deserving winners – a winner for each week.