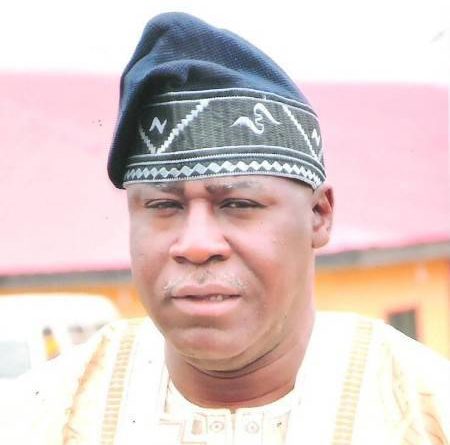 “Three things cannot be long hidden: the sun, the moon and the truth.” -Buddha

During my active days in journalism, I never had the chance to interview the former Head of State, General Yakubu Gowon. And I am not really sure I would want to interview him at this point. It is very much unlike a journalist to turn such an opportunity down, but it is more than obvious that interviewing him would not add value to the solution we are seeking to the extant crisis of and in Nigeria.

During an encounter with Late General Joseph Nanven Garba at Ile-Ife at a very private meeting put together by my elder brother, whose name I have to leave out of this, I was “lectured” by him (Garba) on why the North had to take certain stances in the days and months leading to the Nigerian Civil War (1967 – 1970). General Garba, who was a Federal Commissioner of External Affairs and later, a  Nigerian Ambassador to the United Nations, it would be recalled, was the man who announced the coup d’état that removed General Gowon from office on July 29, 1975.

Before that encounter, I had read his book “Revolution in Nigeria: Another View”, published in 1982. Reading that book, I came off with the view that it was an indirect rebuttal to Ben Gbulie’s book published earlier in 1981 with the title  “Nigeria’s Five Majors: Coup D’état of January 15th, 1966: First Inside Account.” This in itself, is a subject for another day but please let us not depart from the issue at hand.

This encounter with Gen. Garba occured long after I had met and interviewed the former Biafran leader, Chief Emeka Odumegwu Ojukwu, who was already a Colonel in the Nigerian Army when Gowon was Lt. Colonel, at the time the crisis ensued after the coup of January 15, 1966, led by Major Kaduna Nzeogwu. But I have read the books mentioned above before meeting either of them. By the time Gen. Garba finished making his case, he had convinced me more than Emeka Ojukwu ever could, on why the Biafrans had to fight that war and why they were right to want to break away.

The then Colonel Benjamin Adekunle who was succeeded by then Colonel Olusegun Obasanjo at the Third Marine Commando on the war front, once reportedly called Yakubu Gowon a “coward” to his face as a result of some decisions which Gowon had taken in respect of the on-going war then. Gowon also alluded to his own reputation as a “coward” when he said publicly that Ojukwu had said that he (Gowon) would not fight. With the contents of the serialised publications by Mike Awoyinfa on his war “memoirs”, I am now also convinced that he (Gowon) is a “coward.”

My reason is not far fetched. Gowon should have been more careful about speaking in relation to Emeka Odumegwu Ojukwu. He should have treaded more carefully. He knew that the Ikemba of Nnewi was no longer alive. To this end, he (Ikemba) would not be able to defend any lie told against him. He would not be able to rebut any claim made by anybody about what transpired during those bloody days, months and years. Only a “coward” would spread falsehood about someone who had already transited.

In his interview with Mr. Awoyinfa, Gowon has been trying his best to rubbish the Ikemba. Gowon has been distorting the facts of History about what actually transpired at Aburi and immediate aftermath. Gowon has engaged in deliberate revisionism to make himself look like a “saint” and Ojukwu as an insincere person who had no honour. Gowon has forgotten that there were tapes, there were transcripts and there were others too who were present at the meetings.

Right now, I must confess, I am very upset with Chief Emeka Odumegwu Ojukwu, the Ikemba of Nnewi and the former Biafran leader. Yes, I am very upset with him. He annoyed me for his unfulfilled promise to write his memoir about the civil war. He had promised me repeatedly during our engagement and interview that he would write the all important memoir. His failure to fulfil that promise has left a yawning lacuna for cowards to have a fraidy-cat feast and gratuitously malign his memory.

When in 1989, he came out with that book, “Because I am Involved,” I was inebriated with ecstasy. I rushed to get a copy only to be thoroughly disappointed. It had nothing that has anything to do with the Civil War. It was about a love affair rather than a war affair. There was nothing about the civil war in that book which had a misleading title, in my own opinion. “Nothing. Nil, Nada,” as the famous Chicago gangster, Al Capone would say to taunt the Federal investigators after him then.

On December 13, 2007, well before he (Ojukwu) died on November 26, 2011, I had gone back to the subject and written an article to remind him of his promise. The article titled “Ojukwu’s Compelling Duty To History,” was used to lay out the grey areas in the Civil War accounts that he could have helped to clarify, debunk, dispel, confirm, elucidate and or illuminate. But he did not fulfil that promise.

Though, Chief Ojukwu didn’t fulfil his promise to me as well as to History, and he is no longer in position to do so. But this is not enough reason for General Gowon to engage in fatuous rendition of events that took place in the months leading to the civil war. It is unstatesman-like. It is unbecoming. It is unwarranted. It is not necessary. General Gowon must remember that even if Chief Ojukwu is no longer around, there are other means of cross-checking the facts of the situation. He should, thus, be properly guided.

“The greatest enemy of the truth is very often not the lie – deliberate, contrived and dishonest, but the myth – persistent, persuasive and unrealistic.” -John F. Kennedy

Gana’s last words to his gang: “If amnesty is a ploy to kill me, stay in the forest and avenge my death”