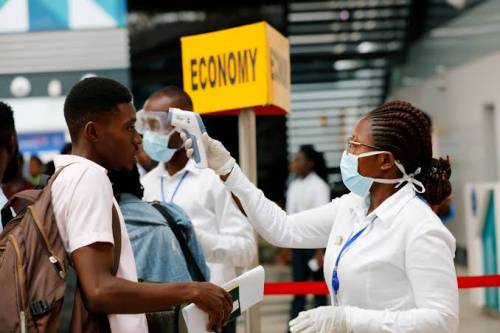 When outbreaks occur, there is the possibility of activating a panic mode button in an attempt to immediately halt the spread or prevent further escalation of the situation. The panic response of Nigeria during the 2014 Ebola outbreak has become a success story in outbreak management, in spite of being described as “using a sledgehammer to kill an ant” in terms of resource deployment during the outbreak. Still, the question here is: What has the Ebola outbreak response taught us?

It is commendable that World Health Organization has declared the 2019 Novel Corona Virus (nCoV) as a Public Health Emergency of International Concern (PHEIC); this action has put nCoV on a broader global table for further discussions. A drawback of the 2014 Ebola response was the delay in response to the epidemic which was attributed to both political and technical factors, top among which was the limited understanding of how the disease was spreading in the community, especially among rural dwellers.

The rapid increase of nCoV cases from 282 on 20th January to above 9,000 by the 31st January 2019 makes the spread of nCoV scary. If this situation is not contained early enough, it might lead to a bigger worldwide outbreak at the peak of the epidemic. Also, following the shutdown of Wuhan, a city of 11 million people, it was not clear how many infected persons have left the city or those with mild infections not attended to in the limited number of hospitals in Wuhan where most cases were likely to present due to less developed primary health care in China.

Distrust is not uncommon during outbreaks. Outbreaks are always a period of conspiracy theories, wishful narratives and frivolous conclusions. The ugly situations in Liberia and Sierra Leone in the wake of Ebola outbreaks stemmed from family members’ attempt to conceal their loved ones who were suspected cases and the subsequent militarization of the response by the Government of Sierra Leone. Were the people callous to allow their loved ones to die? No, but the reality was that they could not figure out what was happening in the no-entry isolation where people went in and came out as corpse. Was that the situation in the treatment isolation? No, but there was an obvious gap in communication between what the health practitioners were doing in the treatment isolation and what the people’s understanding was.

If an outbreak strategy must work, the people should understand the nature of what is affecting them. This includes identifying community power brokers and developing a proper plan for engagement to ensure mutual understanding and collective efforts. It is a fact that the success of outbreak management is how much the smallest unit of the community understands the situation and any gap in communication will be filled by narratives that might jeopardize the outcome of the outbreak.

The low mortality from nCoV and the doubling time of 7 days give ample opportunity to analyze its genomes and proffer more robust case management that is specific to the virus, including the development of a rapid diagnostic test, effective vaccine and antiviral drugs. However, the fear is putting a lot of efforts on these novel innovations and neglecting the basics in outbreak management for infectious diseases like nCoV, which is – Infection, Prevention and Control (IPC).

Borrowing from my experience in outbreak response, before the development of the Oral cholera vaccines, the success of cholera outbreak response lies mainly on Water, Sanitation and Hygiene (WASH) strategy and supportive case management with fluid therapy. Until such effective treatment or vaccines are available, the first things first – Infection, Prevention and Control.

Why the world must take nCoV seriously

The death rate from 2019-nCoV is about 2%, and this implies that nCoV is likely to be less virulent compared to Ebola virus, however, selective death among individuals with compromised immunity, young children and older people is a source of concern.

More burden on weak health systems. Despite no confirmed case reported in Africa, it is glaring and predictable that the fragile health systems in most of the countries in the region are inadequate to support a sustained response in case of an outbreak. Furthermore, if the outbreak persists for too long, reactive and disproportionate funding is expected to set in, leading to a reduction in the financing of other global health interventions at national and international levels. This will inadvertently lead to a regression in the achievement made so far in those interventions.

In the press release on the declaration of nCoV as a PHEIC, Tedros Adhanom Ghebreyesus, Director-General of World Health Organization, stated that “The main reason for this declaration is not what is happening in China but what is happening in other countries.” In light of this comes the dimension of a global economic perspective. It is on record that many airlines have suspended their China flight routes, and more countries are putting travel restrictions. The New York Times also reported the slowest pace of the Chinese economy in decades and investors are sceptical on how this will turn out. The Chinese economy plays a crucial role in the global economy being the second largest economy in the world, with about 15.5% of the global economy.

Incidentally, China is not alone as the spread of the virus continues across over 25 countries, this staggering fact portends a bleak outlook for the global economy, and the sooner this outbreak is brought under control, the better for everyone.