“I don’t want to harm any animal,” he said, but some Christians find not eating meat “almost religiously offensive”.

Osidele, 32, said that while many Nigerians still view eating meat as a status symbol, and indeed part of God’s plan, some are reconsidering.

In the United States and Europe, meat replacement proteins are now big business. Beyond Meat is worth nearly $7 billion and Burger King and McDonald’s are offering or testing meat replacements.

In Nigeria, none of the major restaurant chains offer meat substitutes and meat consumption is growing, according to the UN Food and Agriculture Organization. A survey by market research company Street Bees said just 14% of Nigerians were confident they could give up meat.

But there are green shoots. Activists say Nigerians are becoming more health conscious. Clashes between cattle herders and farmers in central Nigeria’s “Middle Belt” are drawing attention to the impact of beef production. And companies are creating affordable meat replacements.

In the leafy garden of the Veggie Victory restaurant in Lagos, two dozen people gathered on a steamy Saturday evening to eat vegan food and exchange recipes.

Restaurant owner Bola Adeyanju, 40, said she had gone from giving away food in 2013 to sceptical passers-by to delivering dozens of meals daily to paying customers.

Adeyanju and her husband created an affordable soy-based meat substitute called Vegetarian Chunks, designed to mimic local favourites such as suya – a spicy, chewy barbecue – and nkwobi, a dish usually made with cow leg.

They are now selling thousands of packs a month for 600 naira ($2) each across the country.

With a population of 200 million, Nigeria is attracting attention. Nestle SA said last month it is testing affordable meat replacements for developing markets, where the global food company generates 42% of sales.

Nigeria’s Chi Farms Limited recently began marketing its own veggie burger, which it aims to sell for less than chicken or beef. The factory is ready to produce up to 50,000 patties per month. 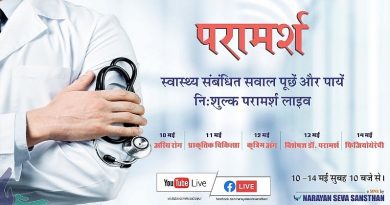 Nigerian Newspapers: 10 things you need to know this Sunday morning