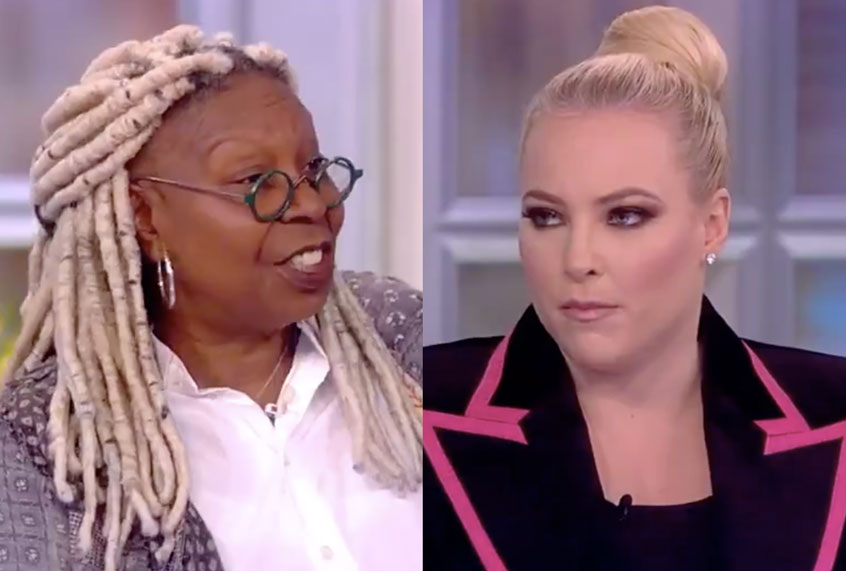 “The View” erupted in a clash after Meghan McCain dismissed Sen. Mitt Romney’s vote to convict President Donald Trump in the impeachment trial.

The Utah Republican was the only senator to cross party lines and vote to remove the president, and all the panelists but McCain agreed that took political courage.

“Yeah, I’m conflicted on this one,” McCain said. “I know he’s a person of faith because I watched his documentary on Netflix. What struck me in that documentary was he was obsessed with not being a loser, after he lost in 2012 and said he didn’t want to be, quote, branded a loser for life. Then he met with President Trump at Jean-Georges and had flog legs.”

“He was angling to get a Cabinet position and ultimately was not given it,” she added. “I like when anyone bucks a party. I will always respect it, and I think it took big cojones to do that yesterday, but it doesn’t take much courage right now to do anything that’s not going to have any impact. President Trump was acquitted yesterday. I just think Mitt Romney, I want to trust him but would he still feel that way if Trump had given him his secretary of state position?”

Of course, the secretary of state does not vote on impeachment, but host Whoopi Goldberg said she was glad someone stood up against Trump’s wrongdoing — which the audience cheered.

“You know what, I’m going to give faith in him like I gave to your dad,” Goldberg said to McCain, who recoiled

“With all due respect, Mitt Romney is nothing like my dad,” she said.

Goldberg said Romney, to her was like Sen. John McCain, because she usually disagreed with him politically but still respected his positions.

“I’m saying don’t put all your bets on Romney right now,” McCain fired back. “He will break your heart like he always does.”

Goldberg tried to put her position into perspective.

“I’m 63 years old,” she said. “I have been going through this with these people for years.”

That seemed to irritate McCain, who pointed out she was 35 years old.

That really set McCain off.

Imo Police Arrest Killer Of Own Brother Over Land – The Tide