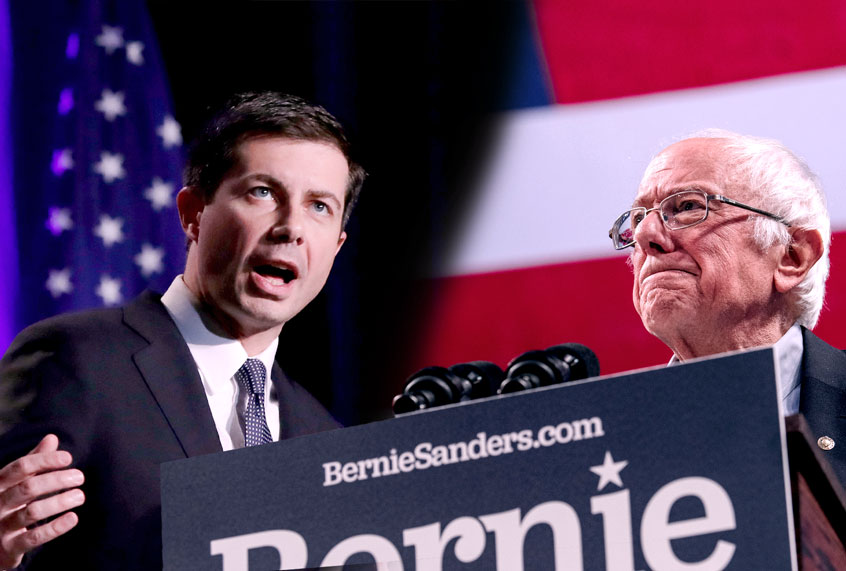 Democratic National Committee Chairman Tom Perez called for a recanvass of the vote as Sen. Bernie Sanders, I-Vt., closed the gap with South Bend Mayor Pete Buttigieg in a count that continues to be marred by errors.

But final results are still not in as the Iowa Democratic Party (IDP) crawls into Day 4 of its historic caucus meltdown. Results were delayed Monday after a faulty phone reporting app was rushed and not adequately tested ahead of Election Day. The app was developed by a company run by former Hillary Clinton aides.

Results were further delayed when a hotline used to report the count was overwhelmed with calls. Delays were compounded by supporters of President Donald Trump, who flooded the hotline after the number was published online, Democratic sources told Bloomberg News.

Perez called for the IDP to recanvas the votes “immediately” even though all of the results are not in.

“Enough is enough. In light of the problems that have emerged in the implementation of the delegate selection plan and in order to assure public confidence in the results, I am calling on the Iowa Democratic Party to immediately begin a recanvass,” Perez tweeted. “A recanvass is a review of the worksheets from each caucus site to ensure accuracy. The IDP will continue to report results.”

The IDP released 62% of the results Tuesday, showing Buttigieg leading with 26.9% of SDEs to Sanders’ 25.1%. The party released additional results Wednesday, only to issue a statement moments later that it had to issue a “minor correction” to its release. The corrected batch further narrowed Buttigieg’s lead.

The results released Wednesday were riddled with “inconsistencies and other flaws,” according to The New York Times, which found that more than 100 precincts in the state reported inconsistent results that were either missing data or impossible under the caucuses’ arcane rules.

At one point, the IDP released results showing former Massachusetts Gov. Deval Patrick sweeping precincts in Des Moines after getting votes meant for Sanders, while votes that went to Warren were allocated to the billionaire Tom Steyer.

Though the IDP corrected those errors, The Times reported that it has not addressed “other irregularities” in more than 100 precincts. Some precincts reported more SDEs than they had available, while dozens of others showed discrepancies between the vote and the number of SDEs, with candidates who received fewer votes being allotted more SDEs than candidates ahead of them.

Though The Times’ analysis did not find any “apparent bias” for or against a certain candidate, the errors and the 0.1% margin between the two leaders could raise further doubts about who really won the caucuses.

As results continued to trickle in, another unexpected trend broke the infamous New York Times needle that predicts election winners. The needle later came back online, citing the issue as Sanders’ “overwhelming strength in satellite caucuses.” The needle now gives Sanders a 54% chance of winning the caucuses after previously putting his chances at around just 1%.

The satellite caucuses were introduced for the first time this year after lobbying from Sanders supporters who argued that the existing system disenfranchised many voters. There were 87 satellite caucuses at Iowa college campuses, cities outside of Iowa, and even in Tbilisi, Ga., for registered Iowa voters.

“No other campaign seems to have invested serious resources in turning those voters out” except Sanders, The Intercept reported.

“If you look at satellite caucuses — we don’t have final numbers yet — if you look at new Latino voters coming out in Iowa, new Muslim voters coming out in Iowa, caucus sites in union halls, that’s part of this expansion of the electorate. It takes a while, but I’m very proud of the work we did helping underrepresented communities get represented in the caucus,” Sanders adviser Jeff Weaver said Tuesday.

The reporting took days, because staffers were “literally examining the photo or paper records that have been collected and matching it against the inputted response, which obviously takes time,” an IDP aide told CBS News. With 1,711 out of 1,765 precincts reporting, the IDP said Wednesday that final results could be further delayed, because tally sheets were sent via “snail mail,” according to The Times.

While Iowa is the first state in the nation to weigh in on the presidential nominating contest, it offers little help in the way of delegates. The state has a total of 41 convention delegates, while about 1,400 delegates will be allocated on March 3, when voters in California, Texas, and 14 other states and territories head to the ballot box. Buttigieg and Sanders have both been allocated 11 national convention delegates in Iowa, while Warren has 5 delegates. The rest of Iowa’s delegates will be allocated when results are finalized.

“There is no reason to believe that Mr. Sanders or Mr. Buttigieg did materially better in the contaminated precincts than they did elsewhere,” The Times reported. “But the tabulated result could be close enough for the remaining ambiguity to preclude a projection of a winner. Even if the appropriate candidate is deemed the winner, the irregularities in the results are likely to do little to restore public confidence in the Iowa caucuses.”

Former Trump spokeswoman was punished after top aide got her pregnant, lawsuit claims

There is no indication on this video that those test positive. And a virus that's very contagious can't be handled the way those boxes are been handled. Pls don't spread fake news.