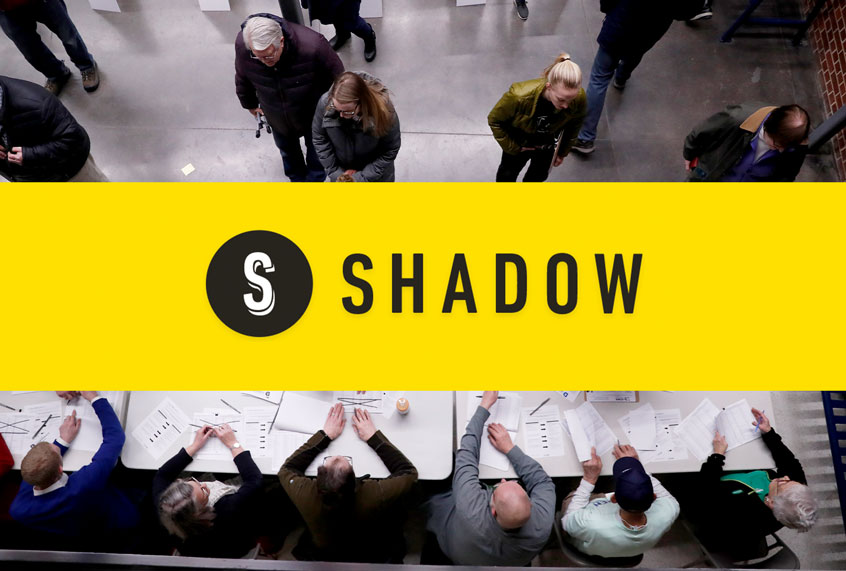 The Democrats’ botched Iowa primary caucus owed its failure to glitches in the caucus reporting app created by Shadow Inc., a for-profit technology company that creates apps for progressive political campaigns. The purpose of the app was to speed up the tabulation process, at which it clearly failed — it’s been almost a full day, and we still don’t know the final results (though they are trickling in as of publication time, and so far show Sanders and Buttigieg in a virtual tie.) The programming glitch recalls a familiar Silicon Valley fable — that infusing anything with “tech” can and will make life easier, lower costs, and automate jobs.

While the jobs of Iowa precinct leaders weren’t exclusively automated by the app, the app was meant to eliminate the process of leaders phoning in their precinct results to speed up the tabulation process. Why phone them in when you could just send them in on the app? But according to various reports by the New York Times and the Wall Street Journal, this change to the process, which is already complicated, was introduced to precinct leaders only a few days before the Iowa caucus. Vice spoke with the chair of the Davenport caucus precinct, Wayne Hean, who said he had a conference call with the Iowa Democratic Party on Sunday night about the app, where precinct leaders were told if they have a problem with the app to phone in the results. Hean said he used the app and it failed right away. Ultimately, he drove a paper version of the results to the county office.

According to a statement by Iowa Democratic Party (IDP) Chair Troy Price, concerns began to surface when the the IDP ran results through an accuracy and quality check. “It became clear that there were inconsistencies with the reports,” Price said in the statement. “The underlying cause of these inconsistencies was not immediately clear, and required investigation, which took time.”

The IDP, which contracted Shadow for their services, has emphasized the data collected by the app was “sound,” but that the app was only reporting out partial data.

“We have determined that this was due to a coding issue in the reporting system,” Price said. “This issue was identified and fixed. The application’s reporting issue did not impact the ability of precinct chairs to report data accurately.”

What we know about the app

The app in question is called “IowaReporterApp,” which was created by Shadow Inc. According to a Motherboard report, precinct leaders were invited to test the app on January 18 via a different app, TestFairy, that technology companies use to let users test an app before an official public release. The same Motherboard report suggests that precinct leaders received an email with general instructions on how to use the app the day before the caucuses on February 2. More detailed instructions were delivered on February 3 at 1 PM.

How was the app used?

Motherboard interviewed a precinct chair, who explained how the app was used:

The message he saw said “oops, something went wrong.”

What is Shadow Inc.?

According to its website, Shadow Inc. is a technology company that builds apps and products “to build political power for the progressive movement  by developing affordable and easy-to-use tools for teams and budgets of any size.” It is currently unclear when a deal was made between the Iowa Democratic Campaign, and when a decision was made to include an app in the reporting process. According to the Wall Street Journal, several Democratic campaigns, including former Vice President Joe Biden and Pete Buttigieg, have used a Shadow app to send text messages to supporters and solicit donations. WSJ reports that Biden’s campaign stopped using the app amid concerns about its reliability.

According to the company’s blog, Shadow Inc. in its current form has been around since July 2019. A company blog post says it was acquired by ACRONYM, a nonprofit organization. However, in a statement on Twitter ACRONYM said it is merely an “investor” in Shadow. Reports suggest ACRONYM is distancing itself publicly from Shadow, and it’s unclear why. It appears that Shadow has employees in Denver, Iowa City, New York City and Washington, D.C.

The company’s CEO is Gerard Niemira. According to his LinkedIn page, he has been with Shadow Inc. since February 2019: first, as a board chair member, and then as CEO in May 2019. Previously, he worked as the COO at Acronym. Niemira also founded Groundbase, a technology platform for organizers, activists, and advocates to organize their voters, volunteers, and donors. He also worked as the director of product for Hillary Clinton’s 2016 campaign, and worked at microloan nonprofit Kiva for seven years.

The startup was silent about their role in the Iowa caucus issues until this afternoon, when Niemera released the following statement:

We sincerely regret the delay in the reporting of the results of last night’s Iowa caucuses and the uncertainty it has caused to the candidates, their campaigns, and Democratic caucus-goers. As the Iowa Democratic Party has confirmed, the underlying data and collection process via Shadow’s mobile caucus app was sound and accurate, but our process to transmit that caucus results data generated via the app to the IDP was not. Importantly, this issue did not affect the underlying caucus results data. We worked as quickly as possible overnight to resolve this issue, and the IDP has worked diligently to verify results. Shadow is an independent, for-profit technology company that contracted with the Iowa Democratic Party to build a caucus reporting mobile app, which was optional for local officials to use. The goal of the app was to ensure accuracy in a complex reporting process. We will apply the lessons learned in the future, and have already corrected the underlying technology issue. We take these issues very seriously, and are committed to improving and evolving to support the Democratic Party’s goal of modernizing its election processes.

James Hickey is listed as the company’s Chief Operating Officer on LinkedIn. He was the Chief Technology Officer at Groundbase with Niemira. He was also the engineering manager for the Hillary For America campaign, and worked at Apple for four years, according to LinkedIn.

Did the state Democratic parties of both Iowa and Nevada each pay Shadow Inc.?

Yes, the state Democratic parties of both Iowa and Nevada each paid around $60,000 to Shadow, according to Federal Election Commission disclosures. Pete Buttegieg’s presidential campaign also paid $42,500 to the firm in July 2019 for “software rights and subscriptions.”

Will this happen again?

Yes, Biden should pack the court: It’s time to fight back against Mitch McConnell’s power-grabs

In Amazon’s sci-fi comedy “Upload,” the system is programmed against us, even in the afterlife