MILAN, Feb 5 (Reuters) – A Milan court has rejected a prosecution request to hear testimony from a former legal adviser of Eni who has accused the company of spying on judges, offering a boost to the Italian oil firm as it fights bribery allegations over a Nigerian oil field.

The ruling removes the prospect of months of testimony voicing allegations of wrongdoing by Eni and sets a timetable for finally reaching a verdict in the long-running case.

The decision is the second piece of bad news in a few days for Milan prosecutors after a witness last week refused to confirm a key statement.

In one of the oil industry’s biggest ever scandals, Italian prosecutors allege Eni and Shell bought a Nigeria oilfield in 2011 knowing most of the $1.3 billion purchase price would go to agents and middlemen in bribes.

Eni and Shell have both denied any wrongdoing.

In that case, Piero Amara, a former legal adviser to Eni, alleged company officials ordered information to be gathered on prosecutors, board members and journalists to undermine them and distract attention away from the main case.

Eni has categorically denied ever having set up any kind of information-gathering operations and considers itself a victim if any crime of obstruction were shown to have been committed.

Judges on Wednesday turned down a request by prosecutors to call Amara as witness in the main OPL-245 trial on the grounds such a move would not have any decisive effect on the trial.

The judges set a series of dates, starting on March 25, for the prosecution to sum up its case and lay out its sentencing requests for those involved.

Eni and Shell are being tried in Milan along with some of their managers, including Eni Chief Executive Claudio Descalzi. The managers have also denied wrongdoing. (Reporting by Alfredo Faieta, Writing by Stephen Jewkes and James Mackenzie; Editing by Mark Potter) 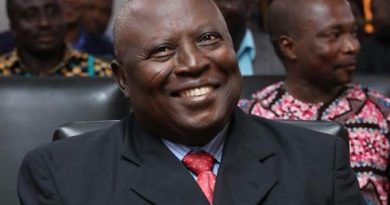 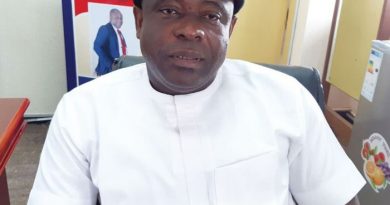 No Excuse For Inaction: #EndTobacco To Prevent Epidemics Of Diseases And Deaths