(Updates with remarks from Pompeo and Onyeama)

WASHINGTON, Feb 4 (Reuters) – Nigeria has begun working on the security and information sharing requirements for the lifting of a U.S. travel ban on prospective immigrants from the African nation, Nigerian Foreign Minister Geoffrey Onyeama said on Tuesday.

Speaking at a joint news conference in Washington with U.S. Secretary of State Mike Pompeo, Onyeama said Nigeria was ‘blindsided’ by the U.S. decision on Friday to add it and five other nations to an expanded version of the U.S. visa ban.

U.S. President Donald Trump issued an expanded version of his travel ban on Friday as part of a presidential proclamation, which said Washington would suspend the issuance of visas that can lead to permanent residency for nationals of Eritrea, Kyrgyzstan, Myanmar and Nigeria.

Temporary visas for tourists, business people, students and workers from those nations will not be affected, it said.

“We’ve identified all those requirements and we have actually started working on all them,” Onyeama said. “It is actually very straightforward and it was very gratifying to come here and meet with U.S. officials and to understand more clearly the reasoning behind it,” he said.

“We look forward to being taken off this visa restriction list,” Onyeama said, once all the criteria are met. Pompeo also said he was ‘optimistic’ that Nigeria would make the necessary changes.

Nigeria, the most populous nation in Africa, is the biggest country on the list whose citizens will be suspended from U.S. visas that can lead to permanent residency.

The original travel ban, issued in 2017, barred nearly all immigrants and travelers from seven countries with majority Muslim populations. The policy was revised amid court challenges, but the U.S. Supreme Court ultimately upheld it in 2018.

Trump has made tougher immigration enforcement a central focus of his 2020 re-election campaign. His travel ban policy is popular with Republican supporters.

The U.S. State Department issued approximately 7,900 immigrant visas to Nigerians in the fiscal year that began on Oct. 1, 2017.

The new travel ban will take effect on Feb. 21, according to the proclamation. (Reporting by Humeyra Pamuk Additional reporting by Arshad Mohammed Editing by Paul Simao) 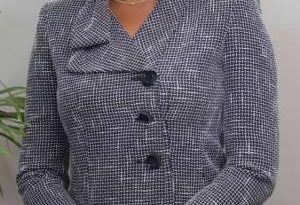 50 Days In Hell: We Must Not Forget Deji Adeyanju By Fredrick Nwabufo

Listen to article Vice President and Policy Analyst of IMANI Ghana, Kofi Bentil has called on the government to consider