For the past two seasons the debate has raged over N’Golo Kante’s position within the Chelsea midfield.

With Maurizio Sarri at the helm, a 4-3-3 formation was instantly installed and Jorginho sat at the base of the middle of the park.

It pushed N’Golo Kante out to the right of the three, and the question was raised over whether it really got the best out of the World Cup winner.

This season has been a frustrating one for the 28-year-old as injuries have ravaged his campaign and he hasn’t had the consistency of matches that he would have wanted.

It means that Kante once again has shifted around in his position, especially when the Blues play in their 4-3-3 formation.

“I haven’t always played him in the same role as I am guessing what you are saying with Sarri playing him as a slightly further forward number 8,” Lampard said ahead of the FA Cup win over Hull City.

“He wasn’t the holder in Conte’s team. [Nemanja] Matic was probably more of a holder than N’Golo Kante because he used his energy to get all over the pitch. So I have used him as I see fit on that.”

There is an argument to say that Kante has not quite been the same player for the past two seasons when there is three in midfield.

Due to his quality, the Frenchman always makes some sort of an impact, but his real position appears to be when he is playing alongside just one other midfielder.

The statistics on Saturday appeared to back this up as well, with Kante’s defensive attributes shining through.

The World Cup winner was Chelsea’s joint top tackler with three, which was an 100 per cent record for the match.

While he also got the highest amount of clearances and interceptions, with three once again.

It was Kante’s impact on the game which had the biggest effect for the Blues, with the midfielder giving them more of a defensive security at times.

While Kante has the ability to have the impact on any match, the decision to put him back into a two appeared to get him almost back to his very best.

With Manchester United around the corner after the winter break, Lampard could be tempted to move back to three in midfield, however Kante as a two seems to be the way forward. 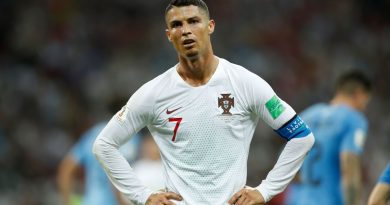 Liverpool, Leeds show their good, bad and ugly in opener