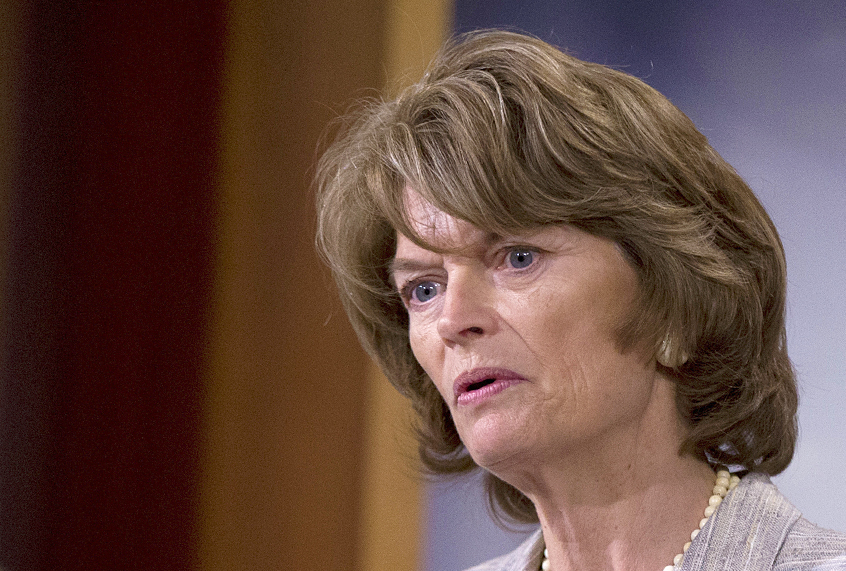 Sen. Lisa Murkowski, R-Alaska, said she would not vote to convict President Donald Trump, even though his attempts to get Ukraine to investigate the Bidens were “shameful and wrong.”

Murkowski, who voted down party lines to defeat every Democratic call for witnesses and new evidence to be introduced at Trump’s trial, condemned her Senate and House colleagues for what she described as “rank partisanship.”

“The House failed in its responsibilities and the Senate — the Senate should be ashamed by the rank partisanship that has been on display here,” she said. “So many in this chamber share my sadness for the present state of our institutions. It’s my hope that we’ve finally found bottom here.”

Murkowski acknowledged that Democrats had proved wrongdoing by Trump.

“Based on what we heard, clearly a factor in that was the president was looking for a certain action from President Zelensky as it related to the Bidens,” she said. “I believe that.”

But despite arguing that Trump’s “behavior was shameful and wrong,” Murkowski said it was up to voters to decide whether to remove the president from office.

“The response to the president’s behavior is not to disenfranchise nearly 63 million Americans and remove him from the ballot,” she said. “The House could have pursued censure and not immediately jumped to the remedy of last resort … The voters will pronounce a verdict in nine months, and we must trust their judgment.”

“I cannot vote to convict,” she added. “The Constitution provides for impeachment but does not demand it in all instances.”

Murkowski was widely viewed a possible Republican swing votes until she cast a crucial vote to block witnesses. The Senate is expected to vote on Trump’s fate Wednesday by 4 p.m. ET.

Sen. Lamar Alexander, R-Tenn., who was also considered to be a swing vote on witnesses before aligning with a majority of his Republican colleagues, also admitted that Trump had done something “wrong.” Nonetheless, he maintained the party line.

“I think he shouldn’t have done it. I think it was wrong. Inappropriate was the way I’d say — improper, crossing the line,” Alexander told NBC News on Sunday. “And then the only question left is who decides what to do about that.”

“Why do you think he didn’t do that?” host Chuck Todd asked.

“Maybe he didn’t know to do it,” Alexander replied.

Sen. Marco Rubio, R-Fla., went a step further, arguing that Trump should not be removed from office, even though his actions met the standard for impeachment.

“Just because actions meet a standard of impeachment does not mean it is in the best interest of the country to remove a president from office,” Rubio said in a statement.

Lead House impeachment manager Rep. Adam Schiff, D-Calif., told CBS News that it was “remarkable” that Republican senators believed the House “proved its case” yet did not think Trump should be removed from office.

“What’s remarkable is you now have Republican senators coming out and saying, ‘Yes, the House proved its case,'” Schiff said. “The House proved the corrupt scheme that they charged in the articles of impeachment. The president did withhold hundreds of millions of dollars from an ally to try to coerce that ally into helping him cheat in the next election.”

“That’s pretty remarkable, when you now have senators on both sides of the aisle admitting the House made its case and the only question is, ‘Should the president be removed from office because he’s been found guilty of these offenses?'” he asked.

When asked if Trump would continue his actions if he is acquitted, Alexander predicted that the president would think twice about his actions after being impeached.

“I don’t think so,” Alexander said. “I hope not. Enduring an impeachment is something that nobody should like. Even the president said he didn’t want that on his resume. I don’t blame him. So if a call like that gets you an impeachment, I would think he would think twice before he did it again.”

But that is reportedly the opposite of how it has impacted the White House.

“Over the past month, Trumpworld’s sense of being unbeatable has only grown,” Axios’ Jonathan Swan reported, citing 10 senior administration officials. “Trump and his entire inner circle convey supreme self-confidence, bordering on a sense of invincibility … Everything we’ve heard from Trump’s aides over the last month suggests he will give less and less credence to voices urging caution.”

Robert Reich on how billionaires are profiteering off the pandemic 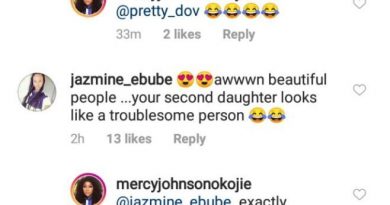 IT SHOULD BE REPENTING FROM YOUR SIN, NOT REPEATING YOUR SIN'S MY
FRIEND,🕛 ... See MoreSee Less

The Embassy of the Kingdom of the Netherlands in Accra has handed over Personal Protective Equipment (PPE) to Solidaridad, an