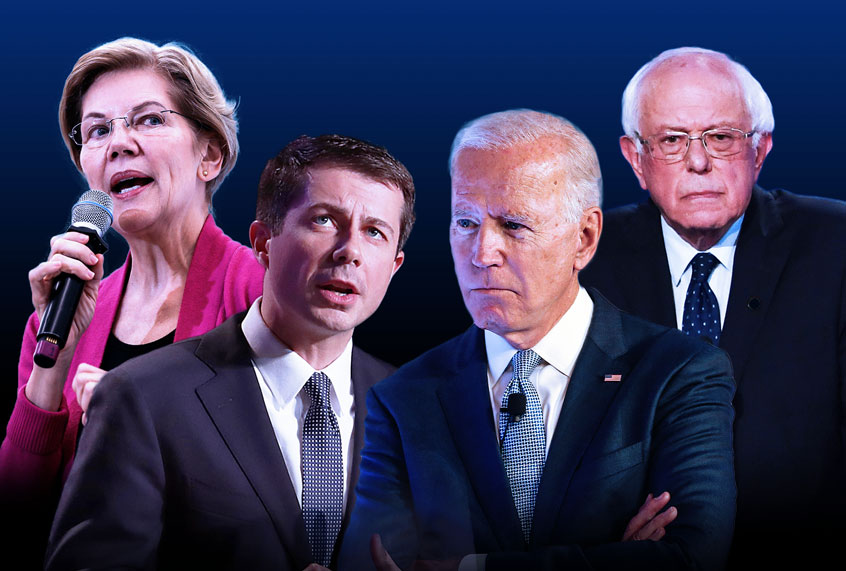 Former South Bend, Indiana Mayor Pete Buttigieg narrowly leads the field in “state delegate equivalents” in the Iowa caucuses, although Sen. Bernie Sanders leads in the overall popular vote. The big story is probably that former Vice President Joe Biden, long regarded as the frontrunner, is far behind in fourth place, according to partial results released by the Iowa Democratic Party.

Buttigieg leads the pack with 26.9% of state delegate equivalents, with 62% of the vote announced. Sanders is a close second with 25.1%, while Sen. Elizabeth Warren rounds out the top three with 18.3%. Biden is in fourth place with 15.6%, despite polling a close second to Sanders and Buttigieg in recent weeks. Cook Political Report election analyst Dave Wasserman reported that Buttigieg was buoyed by second-choice support from Biden and Klobuchar supporters, who had to realign when their candidates failed to reach the 15% viability threshold in individual precincts. Sanders led the field by one percentage point on the first alignment.

The final results are expected to be released soon, but the party did not provide a timeline. “Today tomorrow, the next day, a week, a month. We’re continuing to work through our process,” said Iowa Democratic Party chairman Troy Price.

Ultimately, the party will release four sets of results: the first alignment, the final alignment, state delegate equivalents — which are used to declare the winner — and finally the projected delegates to the Democratic National Convention.

In the popular vote, Sanders leads Buttigieg by slightly more than 1,000 votes and Warren by nearly 6,000, with Biden and Sen. Amy Klobuchar less than 1,000 votes apart in fourth and fifth positions. The winner of the race, under caucus rules, is determined based on delegates won.

“Moving forward — just like we would have on caucus night — we will continue to release results as we are able to,” IDP spokeswoman Mandy McClure said in a statement to The Washington Post. “We are also executing our plans and procedures to gather the paper documents and chasing any additional precincts to report results as we normally would on caucus night.”

“So many people had trouble with the app that the hotline got overwhelmed,” Johnson County Democratic Party official John Deeth told the Post.

The app was built by Shadow, a tech firm founded by veterans of Hillary Clinton’s 2016 campaign, in just the past two months. The app was rolled out with no significant training, and Democratic officials were unable to fix problems reported a week before the caucuses. Originally, the same app was expected to be used in the upcoming Nevada caucuses on Feb. 22, but party officials there changed their mind after observing the chaos in the Hawkeye State.

Investors like Acronym, a Democratic nonprofit, and GroundBase, a firm that built Shadow’s underlying technology, quickly rushed to scrub their ties to Shadow on their websites, The Daily Beast reported.

Shadow said in a statement on Twitter that its employees “regret the delay” and the “uncertainty it has caused.”

“As the Iowa Democratic Party has confirmed, the underlying data and collection process via Shadow’s mobile caucus app was sound and accurate, but our process to transmit that caucus results data generated via the app to the IDP was not,” the firm said. “Importantly, this issue did not affect the underlying caucus results data. We worked as quickly as possible overnight to resolve this issue, and the IDP has worked diligently to verify results.”

Democratic candidates addressed their supporters on Monday night, expressing frustration with the delay. Several used their speeches to declare victory, even though no official results had been reported.

“We know there’s delays, but we know one thing — we are punching above our weight,” said Sen. Amy Klobuchar, who appears to be well behind in fifth place. “Somehow, someway, I’m going to get on a plane to New Hampshire.”

Sanders, who released partial internal results showing him in the lead earlier on Tuesday, hinted that the numbers would be good for his campaign while speaking to supporters on Monday.

“I have a feeling that at some point, the results will be announced,” he said, adding that he had a “good feeling we’re going to be doing very, very well.”

Buttigieg came the closest to an apparent claim of victory. “Tonight, an improbable hope became an undeniable reality,” he told his supporters on Monday. “We don’t know all the results, but we know by the time it’s all said and done, Iowa, you have shocked the nation. By all indications, we are going on to New Hampshire victorious.”

Warren’s top strategist, Joe Rospars, lamented the situation in Iowa but criticized candidates who declared victory before the results were announced.

“The process broke down; systematically and individually in many precincts, both people and technology failed,” Rospars said. “Any campaign saying they won or putting out incomplete numbers is contributing to the chaos and misinformation.”

Biden’s campaign issued a letter to the Democratic Party asking them to hold off on announcing the results until the campaign had an “opportunity to respond.”

“I write on behalf of the Biden for President Campaign regarding the considerable flaws in tonight’s Iowa Caucus reporting system,” wrote general counsel Dana Remus. “The app that was intended to relay Caucus results to the Party failed; the Party’s back-up telephonic reporting system likewise has failed. Now, we understand that Caucus Chairs are attempting to — and, in many cases, failing to — report results telephonically to the Party. These acute failures are occurring statewide.”

Warren questioned why the party did not have full results to release after nearly 24 hours.

“I just don’t understand what that means to release half of the data,” Warren told reporters on Tuesday, according to The Post. “I think they ought to get it together and release all of the data.”

“This is not a good night for democracy,” Sanders agreed.

“The reporting of the results, the circumstances surrounding the caucuses … were unacceptable,” said Price, the state party chair, on Tuesday. “As chairman of the party I apologize.”

It’s not the first time the Iowa caucuses have kicked off the primary season with confusion. In 2016, the party did not officially announce results until 1 p.m. the next day as Sanders and Hillary Clinton faced off in the closest Democratic caucus in history. In 2012, the Iowa Republican Party initially announced that former Massachusetts Gov. Mitt Romney had won the caucuses, before a final count more than two weeks later made clear that former Pennsylvania Sen. Rick Santorum had actually won by 34 votes.

Many critics have questioned whether Iowa should continue to hold caucuses after the latest debacle, and whether the state should be allowed vote first.

“I like Iowa. I like the people. It’s just not a good system,” former Democratic presidential candidate Howard Dean told CNN.

“As we try to make voting easier for people across America, the Iowa caucuses is the most painful situation we currently face for voting,” Sen. Dick Durbin, the No. 2 Democrat in the Senate, told MSNBC. “People who work all day, pick up the kids at daycare — you think they’re headed to the caucus next? Of course not. We’ve got to have a means for people to express themselves that is reliable. Unfortunately, the caucus system is not.”

Even Iowa county chairs questioned the system. “There were 49 other states saying why does Iowa get to do this?” an unnamed county chair told NBC News. “And now we just poured a gallon on kerosene on what was a shouldering ember.”

“This is a total mess,” added former presidential contender Julián Castro, who now supports Warren. “I respect the people of Iowa, they’ve been great — but it’s become very clear that our democracy has been misserved by a broken system.” 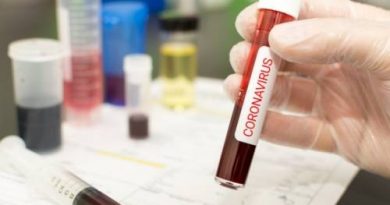