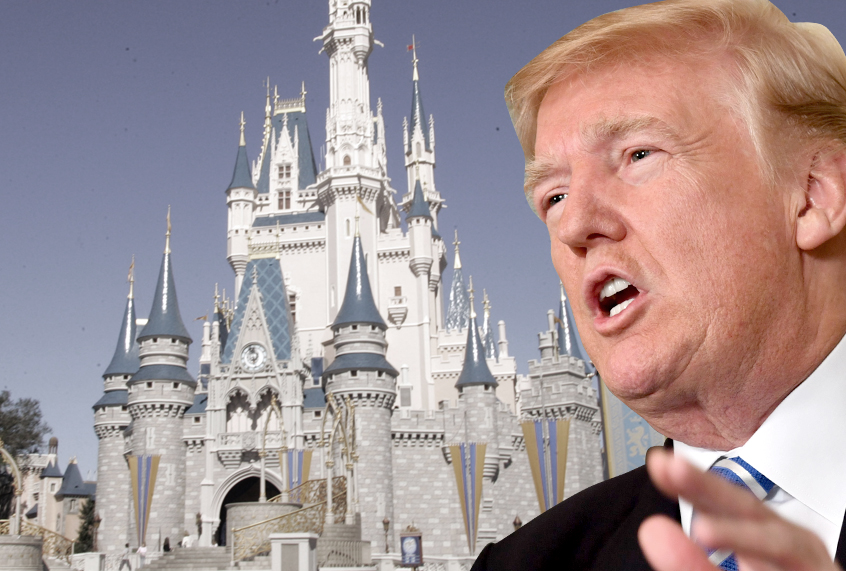 If what happens in courtrooms across the country to poor people of color is justice, what is happening in the Senate is a trial. If the blood-drenched debacles and endless quagmires in the Middle East are victories in the war on terror, our military is the greatest on earth. If the wholesale government surveillance of the public, the revoking of due process and having the world’s largest prison population are liberty, we are the land of the free. If the president, an inept, vulgar and corrupt con artist, is the leader of the free world, we are a beacon for democracy and our enemies hate us for our values. If Jesus came to make us rich, bless the annihilation of Muslims by our war machine and condemn homosexuality and abortion, we are a Christian nation. If formalizing an apartheid state in Israel is a peace plan, we are an honest international mediator. If a meritocracy means that three American men have more wealth than the bottom 50% of the U.S. population, we are the land of opportunity. If the torture of kidnapped victims in black sites and the ripping of children from their parents’ arms and their detention in fetid, overcrowded warehouses, along with the gunning down of unarmed citizens by militarized police in the streets of our urban communities, are the rule of law, we are an exemplar of human rights.

The rhetoric we use to describe ourselves is so disconnected from reality that it has induced collective schizophrenia. America, as it is discussed in public forums by politicians, academics and the media, is a fantasy, a Disneyfied world of make-believe. The worse it gets, the more we retreat into illusions. The longer we fail to name and confront our physical and moral decay, the more demagogues who peddle illusions and fantasies become empowered. Those who acknowledge the truth — beginning with the stark fact that we are no longer a democracy — wander like ghosts around the edges of society, reviled as enemies of hope. The mania for hope works as an anesthetic. The hope that Donald Trump would moderate his extremism once he was in office, the hope that the “adults in the room” would manage the White House, the hope that the Mueller report would see Trump disgraced, impeached and removed from office, the hope that Trump’s December 2019 impeachment would lead to his Senate conviction and ouster, the hope that he will be defeated at the polls in November are psychological exits from the crisis — the collapse of democratic institutions, including the press, and the corporate corruption of laws, electoral politics and norms that once made our imperfect democracy possible.

The embrace of collective self-delusion marks the death spasms of all civilizations. We are in the terminal stage. We no longer know who we are, what we have become or how those on the outside see us. It is easier, in the short term, to retreat inward, to celebrate nonexistent virtues and strengths and wallow in sentimentality and a false optimism. But in the end, this retreat, peddled by the hope industry, guarantees not only despotism but, given the climate emergency, extinction.

“The result of a consistent and total substitution of lies for factual truth is not that the lie will now be accepted as truth and truth be defamed as a lie, but that the sense by which we take our bearings in the real world — and the category of truth versus falsehood is among the mental means to this end — is being destroyed,” Hannah Arendt wrote of totalitarianism.

This destruction, which cuts across the political divide, leads us to place our faith in systems, including the electoral process, that are burlesque. It diverts our energy toward useless debates and sterile political activity. It calls on us to place our faith for the survival of the human species in ruling elites who will do nothing to halt the ecocide. It sees us accept facile explanations for our predicament, whether they involve blaming the Russians for the election of Trump or blaming undocumented workers for our economic decline. We live in a culture awash in lies, the most dangerous being those we tell ourselves.

Lies are emotionally comforting in times of distress, even when we know they are lies. The worse things get, the more we long to hear the lies. But cultures that can no longer face reality, that cannot distinguish between falsehood and truth, retreat into what Sigmund Freud called “screen memories,” the merger of fact and fiction. This merger destroys the mechanisms for puncturing self-delusion. Intellectuals, artists and dissidents who attempt to address reality and warn about the self-delusion are ridiculed, silenced and demonized. There are, as Freud noted in “Civilizations and Its Discontents,” distressed societies whose difficulties “will not yield at any attempt at reform.” But this is too harsh a truth for most people, especially Americans, to accept.

America, founded on the evils of slavery, genocide and the violent exploitation of the working class, is a country defined by historical amnesia. The popular historical narrative is a celebration of the fictional virtues of white supremacy. The relentless optimism and reveling in supposed national virtues obscure truth. Nuance, complexity and moral ambiguity, along with accepting responsibility for the holocausts and genocides carried out by slaveholders, white settlers and capitalists, have never fit with America’s triumphalism. “The illusions of eternal strength and health, and of the essential goodness of people—they were the illusions of a nation, the lies of generations of frontier mothers,” F. Scott Fitzgerald wrote.

In decay, however, these illusions are fatal. Powerful nations have the luxury of imbibing myth, even if decisions and policies based on the myth inflict damage and widespread suffering. But nations whose foundations are rotting have little latitude. The miscalculations they make, based on fantasy, accelerate their mortality.

Joseph Roth was one of the few writers in the 1930s in Germany who understood the consequences of the rise of fascism. In his essay “The Auto-da-Fé of the Mind,” which addressed the first mass burning of books by the Nazis, he counseled his fellow Jewish writers to accept that they had been vanquished: “Let us, who were fighting on the front line, under the banner of the European mind, let us fulfill the noblest duty of the defeated warrior: Let us concede our defeat.”

Roth knew that the peddling of false hopes in a time of radical evil was immoral. He had no illusions about his own growing irrelevance. He was blacklisted in the German press, unable to publish his books in Germany and his native Austria and thrust into dire poverty and often despair. He was acutely aware of how most people, even his fellow Jews, found it easier to blind themselves to radical evil, if only to survive, rather than name and defy malignant authority and risk annihilation.

“What use are my words,” Roth asked, “against the guns, the loudspeakers, the murderers, the deranged ministers, the stupid interviewers and journalists who interpret the voice of this world of Babel, muddied anyhow, via the drums of Nuremberg?”

“It will become clear to you now that we are heading for a great catastrophe,” Roth, after going into self-exile in France in 1933, wrote to the author Stefan Zweig about the ascendancy of the Nazis. “The barbarians have taken over. Do not deceive yourself. Hell reigns.”

But Roth also knew that resistance was a moral if not a practical obligation in times of radical evil. Defeat might be certain, but dignity and a determination to live in truth demanded a response. We are required to bear witness, even if a self-deluded population does not want to hear, even if that truth makes certain our own marginalization and perhaps obliteration.

“One must write, even when one realizes the printed word can no longer improve anything,” Roth explained.

This battle against collective self-delusion is a battle I fear we will not win. American society is fatally wounded. Its moral and physical corruption is beyond repair.

Hope, real hope, names the bitter reality before us. But it refuses to succumb, despite the bleakness, to despair. It cries out to an indifferent universe with every act carried out to name, cripple and destroy corporate power. It mocks certain defeat. Whether we can succeed or not is immaterial. We cannot always choose how we will live. But we can choose how we will die. Victory is about holding on to our moral autonomy. Victory is about demanding, no matter the cost, justice. Victory is speaking the truths the ruling elites seek to silence. A life like this is worth living. And in times of radical evil these lives — ironic points of light, as W.H. Auden wrote — impart not only hope but the power of the sacred.

Judge Did Not Show Up For ‘Witch’ Killers Trial

The trial of seven people, including two women, who allegedly participated in the gruesome lynching of a 90-year-old woman Akua