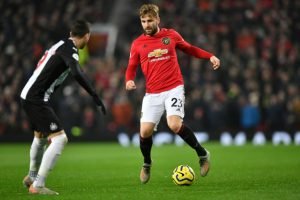 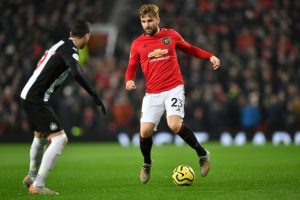 London (AFP) – Luke Shaw has revealed Manchester United’s stars were hugely frustrated by their failure to close the gap to the Premier League’s top four.

Fourth placed Chelsea’s 2-2 draw at Leicester on Saturday gave United a chance to chip away at the six-point difference.

But Ole Gunnar Solskjaer’s men slipped to sixth after a 0-0 draw against Wolves at Old Trafford later in the day.

Even the presence of new signing Bruno Fernandes, who made his debut in midfield, couldn’t galvanise United.

Asked how the mood in the dressing room was after the match, United defender Shaw said: “To be honest, really, really disappointed, especially with the way the games have been going recently.

“We haven’t been picking up too many points and today was massive for us, especially with Chelsea dropping points.

“It seems to keep happening. Teams around us drop points and we don’t end up closing the gap and we are suffering from that and we needed to win today.

“Now we haven’t got a game so soon and that is quite annoying, but we’ll have a little break and of course we are looking forward to the big game when we get back.”

United have had a frantic winter fixture schedule and now do not have a match until travelling for a crucial clash at fourth-placed rivals Chelsea on February 17, with a warm-weather camp in Spain lined up in the meantime.

“Maybe it’s nice to have a break but on the other hand with how the game went today, I’d rather have a game around the corner so we can put things right because we need to,” Shaw said.

“But that’s not the case, there’s the break. We’ll regroup, have a little break but obviously focus because it’s not the end of the season yet.

“Look, Chelsea is a massive game and one we seem to love playing in.

“We have played them probably quite a lot as well in the cups and stuff.

“We will have a few days off and then train very hard to get ready for that game because we know it’s going to be tough.

“We want to close the gap and we need to beat them.” AFP 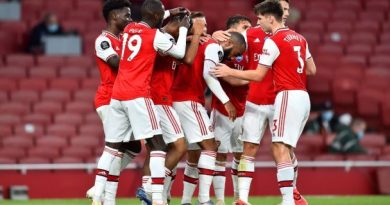 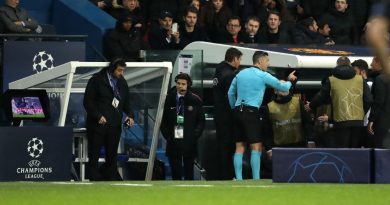 ‘Messi! Show them some respect!’ UEFA’s new doc reveals the life of a ref

A community sentencing policy is being considered by Ghana’s Cabinet. The Information Minister, Kojo Oppong Nkrumah has said. Some legal