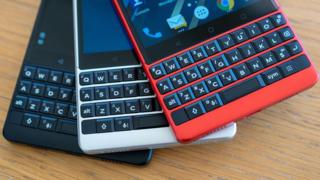 Chinese electronics giant TCL will not release any more BlackBerry-branded phones, the company has announced.

In 2016, it signed a deal to produce BlackBerry-branded Android phones, after BlackBerry decided to stop making its own devices.

However, in a statement it confirmed that the arrangement would come to an end in August 2020.

In 2016, BlackBerry decided to stop designing its own smartphones in-house after 14 years.

Once a market leader, the company struggled to keep pace with rival handsets produced by competitors such as Apple and Samsung.

It attempted to launch a new operating system called BlackBerry 10, but it failed to attract popular apps to its platform.

The company now focuses on software and cyber-security.

Under the agreement, TCL could release BlackBerry-branded handsets featuring the iconic keyboard, which BlackBerry has several patents for.

BlackBerry Limited provided apps and a security-enhanced version of the Android operating system for the devices, while TCL paid BlackBerry a royalty for each one sold.

Announcing the end of the agreement, TCL said it had been “blessed” to work with BlackBerry on the smartphones.

How many times have you read headlines about the “death of the BlackBerry”?

Those stories were always over-exaggerated. In reality, there has been a steady trickle of new BlackBerry phones from TCL.

They were pretty good as well – if you’re a die-hard fan who couldn’t cope without a physical keyboard to type on.

They ran on Android, so they had all the apps you’d expect on a modern phone.

They featured a touchscreen, and the physical keyboard also doubled-up as a sort of trackpad.

And they had fairly decent cameras. Certainly the best cameras ever seen on a BlackBerry, though that isn’t saying much.

But they were pretty expensive – and the audience for physical keyboards doesn’t seem to be increasing.

Lately, rumours had circulated that TCL and BlackBerry had fallen out. No new phones had been announced for months.

Then, somebody claiming to be a TCL employee posted on a message board, saying TCL was frustrated.

They said the company believed it could sell phones with the iconic BlackBerry keyboard, but didn’t want to use its Android software and brand as well.

The author has never come forward, but the predictions made in the post have come true: the agreement is coming to an end.

But there’s always the small chance another company will give it one more go.

And TCL says it will provide services and support for its BlackBerry phones until August 2022. So the BlackBerry lives on, just about.

TCL released three phones with the famous keyboard during its partnership with BlackBerry.

The BlackBerry KeyOne faced teething troubles when some customers reported that their screen had fallen off.

The device was followed by the Key2 and the lower-cost Key2 LE.

“There is little doubt TCL has struggles with BlackBerry-branded devices despite producing some exciting designs,” said Ben Wood from the CCS Insight consultancy.

“The world has moved on, and on-screen keyboards are now the defacto standard. Add to that big advances on the security of Android and Apple’s strong position in enterprise business and it is hard to have an optimistic outlook,” he told the BBC.

“Furthermore, TCL has made no secret of making a big push in 2020 with smartphones using its own brand. That is now likely the primary strategic focus for the business.”

In a statement, TCL said: “We were very excited and humbled to take on this challenge.

“What made these devices great wasn’t just the hardware developed and manufactured by TCL Communication, but also the critical security and software features provided by BlackBerry Limited to ensure these were genuine BlackBerry devices.

“The future is bright for both TCL Communication and BlackBerry Limited, and we hope you’ll continue to support both as we move ahead on our respective paths.” 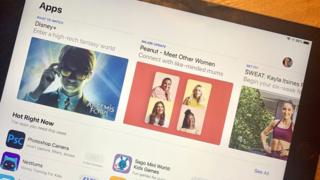 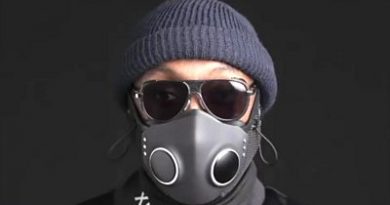 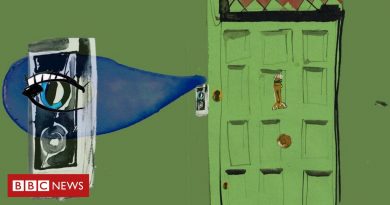 How smart devices are exploited for domestic abuse

Kasoa ritual murder: Family of teen suspects sneak out for fear of attacks