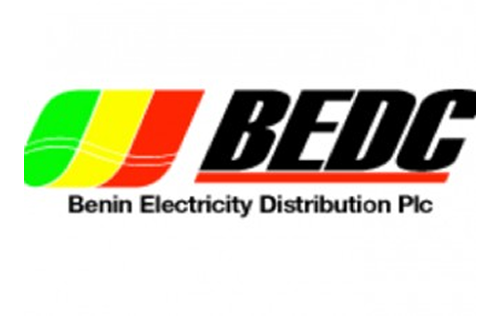 he delay in signing the bilateral agreement on the Edo State and Ossiomo Power project was due to refusal of the former to agree to the process for the operations, maintenance and management of the project in line with licensing and safety standard in order to ensure safety of lives and property.

Chief State Head, Edo of BEDC Electricity PLC, (BEDC), Mr. Abel Enechaziam, made this known in a statement made available to newsmen over the weekend.

Enechaziam maintained that the procurement process for the proposed new line, which is also expected to be based on open & competitive procurement in line with prudency requirement by the regulators, has not been agreed to by Ossiomo.

When combined with the proposal by Ossiomo that the valuation methodology for the pricing of purchase in 10 years’ time should be agreed to in future, BEDC insisted that these can lead to tariff costs that may not conform to regulatory approval.

Consequently, BEDC has requested for the release of the draft agreement for its review and clearance by the regulator.

“As you are aware, we operate in a regulated sector and would require the sign off of the relevant sector regulators such as NERC before executing the proposed agreement, in order to ensure that we remain within the permitted regulatory parameters” , BEDC declared.

It pointed out that one of the two grey areas that were in contention in the bilateral agreement on Ossiomo bothered on the need for valuation of the line being used for power evacuation through open, competitive and transparency tendering process to ensure that only prudent cost are passed to the customers.

The other issue of dispute, the company explained further was its insistence that joint operation and maintenance of the Ossiomo line was not allowed and that a sub-contactor could be appointed by Ossiomo to work under BEDC supervision for accountability and safety sake in its network.

“The recent electrocution of two persons occasioned by Ossiomo’s ongoing construction which interfaced with our distribution line thereby causing supply interruption to the community in the area as well as death of one of the parties involved, indeed emphasizes the need for the project to be undertaken in line with applicable regulatory and safety standards.” BEDC said.

The company affirmed that it was ready to partner with Edo State government on the Ossiomo power project as evidenced by its constant efforts at ensuring that the Nigerian Electricity Regulatory Commission (NERC) clearance letter is properly and safely implemented.

Besides, Enechaziam said that power supply in GRA, Ugbowo, Sapele road in Benin City and also Auchi, Okada, Uromi, Ekpoma all in Edo State is presently fairly stabilized and improved due to network maintenance and upkeep.

“BEDC commissioned a 1×7.5MVA Uteh injection substation, which has improved the supply to Uteh community and Upper mission axis. The existing 33KV Koko line from Benin transmission office was extended in Evbuoriaria, Evbuabogun and Ologbo communities and environs for improvement in power supply condition,” he added.

Speaking on the Meter Asset Provider (MAP) scheme introduced by NERC to close the metering gap of customers all over the country, Enechaziam said BEDC has introduced the Neighborhood Saturday Fast Track metering scheme for its customers who were ready to pay MAP fully for the cost of meter; stressing that the process is now subsumed under a three tier process.

Oshiomhole: I Have Pictures Of Obasanjo Using Policemen To Snatch Ballot Boxes