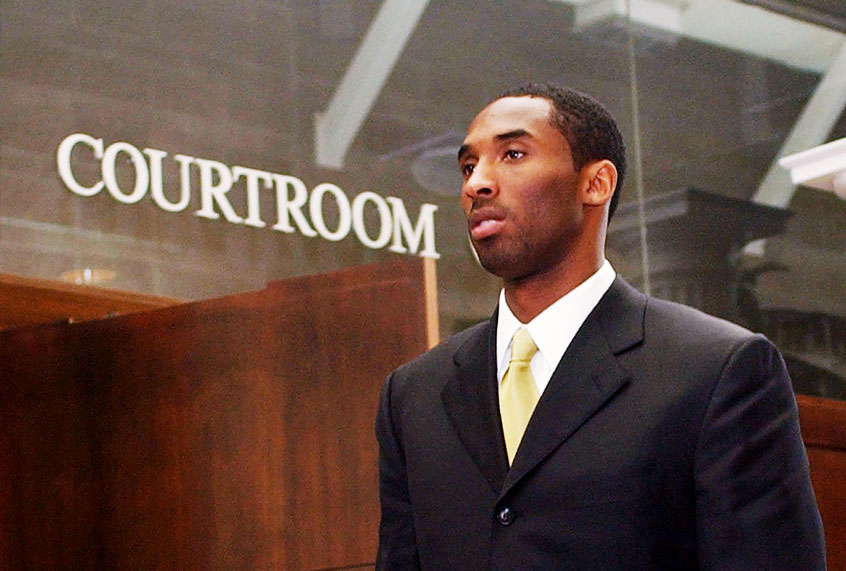 In the wake of the tragic death of Kobe Bryant, his daughter, and seven other people, there has been an incredible amount of tension in the public sphere over how to talk about the rape he was accused of committing in 2003. This came to a head when Washington Post reporter Felicia Sonmez, who has been public with her own story of being a victim of sexual assault, tweeted out, without comment, a Daily Beast story from 2016 that laid out the disturbing history of the case. As a result of the post, she was drowned in misogynist harassment, which she publicly lamented. Rather than shield a reporter, the Washington Post blamed the victim and suspended Sonmez. (She has since been reinstated.)

Sonmez’s harassers and their defenders argue that it’s “too soon” to talk about the rape case, and that the grief of Bryant’s fans and survivors should be honored. This argument, however, assumes that the pain sexual abuse survivors feel when seeing their suffering erased from history doesn’t count, which, in turn, assumes that women deserve less consideration than men and their legacy.

But really, this discussion isn’t so ugly and painful because it’s about Bryant’s personal legacy. It’s reasonable to believe that he did a terrible thing while young, but became a better man later in life. It’s so contentious because of what the case revealed about the rest of us and how we view gender, sex, violence, and power.

I suspect the reason that so many men, including conservative pundits, lashed out at Sonmez is not because they felt protective of Bryant’s personal legacy, but because they have a stake in maintaining a culture in which women are expected to protect their own abusers with silence. Journalist Irin Carmon has previously called out the editor that suspended Sonmez, Peter Wallsten, for valuing the comfort of men, especially wealthy and famous men, over telling women’s truths.

The reaction to the Bryant case at the time didn’t exactly paint our nation in glory. Because it was so ugly, however, it became a crystallizing moment that helped kickstart a national movement to redefine how we, as a nation, think about sexual assault and who is to blame for it.

In the age of #MeToo, we’ve grown accustomed to a pattern for these high profile sexual abuse accusations: It’s often years after the fact, there is no physical evidence but there are multiple accusers, and the accused lashes out at his accusers and claims to be the victim of a gynocratic conspiracy.

The Bryant case is different. The accuser went to the police pretty quickly with her story: She was a hotel employee who had been tasked with showing Bryant his room, where he cornered her, choked her, and raped her. The police were able to collect significant amounts of physical evidence, including lacerations on her genitals, a bruise on her face, marks on her neck, and her blood on his T-shirt.

Bryant initially denied the charges, claiming it was consensual sex. Details of accuser’s consensual sex life and mental health history were widely published. Coverage of the case not only tilted strongly in Bryant’s favor, but insinuated that the alleged victim was a bad person. Much of the public turned on her. Her lawyers feared that evidence didn’t matter, and that the jury could be convinced not to try Bryant for rape, but to try the accuser for the non-crimes of being sexually active and having mental health issues. So the accuser dropped the case, in exchange for Bryant publicly apologizing.

In his 2004 public apology, Bryant affirmed that the accuser did not lie, saying, “Although I truly believe this encounter between us was consensual, I recognize now that she did not and does not view this incident the same way I did.”

It’s a weird statement, in that it frames consent not in terms of what a woman is saying, but whether a man wants to believe her. But it was also something we almost never get from accused rapists: Remorse, apology, an admission that he is not being victimized by lying women.

It also means that the facts of the case aren’t really in dispute. Sexual abuse apologists couldn’t hide behind the “he said, she said, and we can never really know the truth” strategy.

Which, in turn, meant that a lot of people have revealed how they really felt about rape and the right of women to safe from it — and what we learned is a whole lot of people hate women.

At the time of the case, I was a young woman who had recently, herself, pressed charges of sexual assault against a man who also implied that I was blowing the situation out of proportion. So one can imagine how it felt to hear, time and again, people talk about this case in terms not of Bryant’s innocence, but about how the alleged victim brought this on herself.

“What did she think would happen?” was the battle cry of people who were angry not with Bryant, but with the accuser.

In her book of essays that was published in 2005, “Tiny Ladies in Shiny Pants,” Jill Soloway noted that, in our legal system and in the public at large, there was an assumption that “once a woman goes into a man’s room with the idea that sex is possible,” her “rights are lost at the moment the door shuts”.

In “Believe Me: How Trusting Women Can Change the World,” which was published Tuesday, feminist writer Jessica Valenti notes that, in the first decade of the 21st century, the U.S. was still stuck in an outdated view of consent that sets “women up as frigid gatekeepers who could be blamed for anything that happened to them if they took risks in pursuit of their own pleasure.”

In response, she and other feminist writers developed a “yes means yes” model of consent, in which consent is about what women want, not what men think they can get away with.

This idea has been effective at changing the national conversation about sex, gender, and violence. It’s hard for men to explain why it’s so important to be able to have sex with women who are crying, freezing up, or otherwise demonstrating displeasure but haven’t yet said no in exactly the right words the man claims he needs to hear in order to discontinue.

It’s common sense that “she’s into it” is a better model of consent than “she gave in.”

But it’s also clear that a whole lot of people are grumpy about these changing standards. Treating women as equals in bed has implications outside of bed. It threatens a social order in which women are expected to serve and submit to men, even at great personal cost to themselves. It means, as the #MeToo movement shows, that men’s ability to sideline, humiliate, undermine, and dominate women by using sex as a weapon is in real danger.

That, I suspect, is the main reason people want to argue that it’s “too soon” to talk about the Bryant case, and put it off until his death is out of the news, making it too late to talk about the case. This isn’t about his personal legacy or the legitimate reasons so many people have to admire him. There has been plenty of good writing that grapples with this complex legacy of Bryant the person.

No, I think a lot of people, such as those that lashed out at Sonmez, don’t want a discussion that, because it’s so high profile, will lead even more people to reconsider the assumption that some women, because they’re not virgins or have mental health issues or display ambitions, have it coming.

A culture is built of the stories we tell ourselves, including and especially those stories that grab the public attention because they involve celebrities or are otherwise titillating. The Bryant case was particularly telling, not because of whether he was guilty or not, but because it exposed how widespread was belief that some women just deserve to be raped.

By the same token, the case was undeniably part of what inspired an uprising of anger from women and a real shift in our cultural understanding of sexual abuse that took place in the decade after it happened.

We’re a different country from what we were in 2003, one that is more sympathetic to alleged victims and less sympathetic to those who make excuses for sexual abuse. I firmly believe that the Bryant case was a big part of why things changed. This is history, and how we talk about it now will shape how we understand not just Bryant, but ourselves, our laws, and our culture. People, I think, get this, which is why there’s such a fight over who gets to tell this history and on what terms — because those who control our understanding of the past control our future.

Democracy in the 2010s, aka the decline of Kanye West-ern civilization 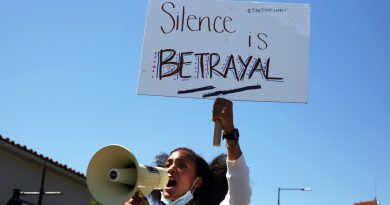 The Storied History of Juneteenth