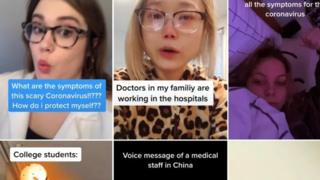 Social media networks are taking steps to address false information about the coronavirus on their sites.

The number of posts containing misinformation about the spread and alleged cures for the coronavirus has soared.

So far more than 250 people have died as a result of the outbreak and cases have been reported in 22 countries.

The World Health Organization (WHO) has declared the coronavirus a public health emergency.

Most social media networks have rules banning the posting of hateful or defamatory information. But following a backlash against firms such as Facebook and Twitter for allowing fake news to spread during the 2016 US presidential election, networks began taking action.

False information on social media has led to mob violence in several counties and has also helped spread unfounded fears about the safety of vaccines.

Social networks are now facing pressure to ensure their platforms don’t incite panic or cause harm as authorities try to address the coronavirus outbreak.

So what are they doing?

Facebook says it will limit the spread of false information about the coronavirus by removing “false claims or conspiracy theories”.

In a blog post, Facebook said it would use its existing fact-checkers to review and expose misinformation. The firm also said it would notify individuals who had shared or were trying to share information that had been flagged as false.

Facebook said it was focusing on “claims that are designed to discourage treatment” including posts about false cures.

One post from the Philippines advised Facebook users to “keep your throat moist” and avoid spicy food to avoid becoming infected with the coronavirus. That post was shared over 16,000 times and had over 400 comments.

Facebook-owned messaging site WhatsApp has had difficulties in combating false news in the past.

Last year it announced measures to prevent users from forwarding messages to more than five people or groups. It also adds a tag to heavily forwarded messages. In some places such messages have been linked to sparking mob-violence.

Twitter said there have been over 15m tweets about the coronavirus in the last four weeks.

It launched a prompt that appears when users search for coronavirus encouraging them to use official channels – the World Health Organization or Centres for Disease Control – for information.

Twitter said it had not seen “coordinated attempts” to spread false information but was remaining vigilant.

Video sharing network TikTok has added a link to the WHO’s website and a reminder to users to report information they think might be harmful.

But to see the additional information users have the first search for “#coronavirus” and click to expand the information.

The platform is owned by Chinese firm ByteDance. It has recently been criticised for allowing doctors and nurses to post videos giving medical advice on other health issues.

TikTok said its guidelines prohibit posting information that could be harmful.

The streaming video site – which is owned by Google – has been investing to make sure accurate and authoritative information appears most often in searches.

YouTube takes down videos when they contain hate speech, harassment, messages that incite violence or scams – all of which violate its community guidelines.

For coronavirus searches, YouTube said it was showing previews of text-based news articles along with a warning that developing stories can change quickly.

Reddit is a platform made up of community-based discussion groups. Users can vote comments and links posted by other users up or down. Reddit says this design gives the platform protection from false information.

However on Friday Reddit put a banner at the top of its home page directing users to a thread addressing questions about the coronavirus. It contains authoritative resources and content for people concerned about the outbreak.

Reddit also “quarantined” one of its user communities because of the large amount of false and misleading information being posted on it. This means users are given a warning about the type of content on the site when they enter.

Snapchat also said the structure of its platforms protects it from the spread of false information.

Snapchat posts disappear after 24 hours, preventing them from being repeatedly shared or going viral.

The site doesn’t have a public news feed that anyone can post on.

That doesn’t mean individuals can’t share false information with their contacts on Snapchat. But those posts are likely to be seen only by a small number of people. 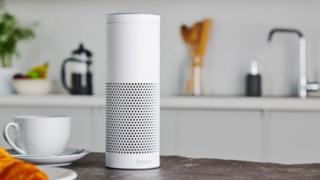 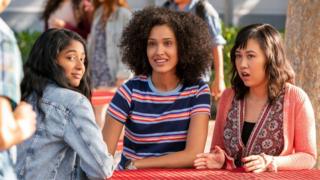 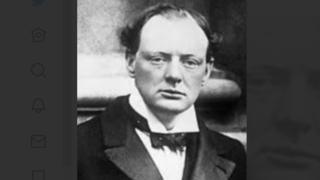