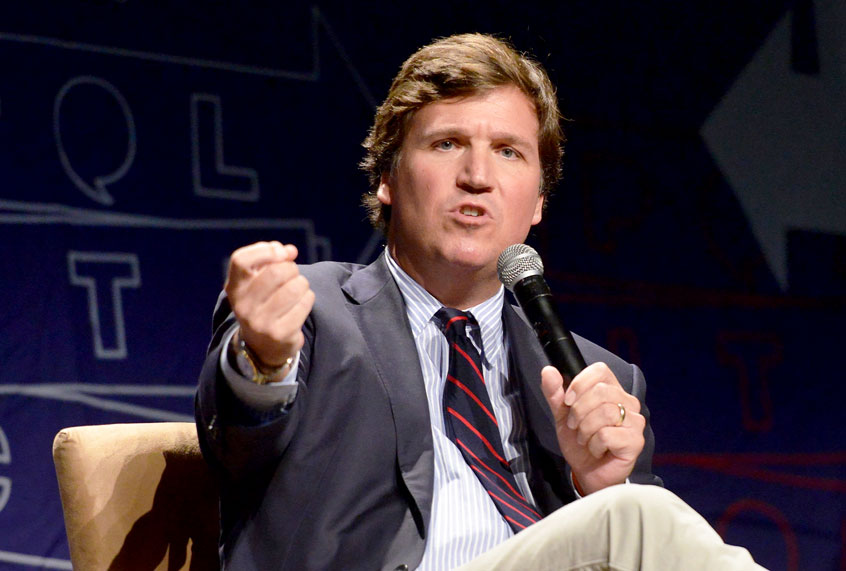 Fox News host Tucker Carlson, who falsely claimed that white supremacy is a “hoax,” dismissed “wokeness” as a “virus” that “destroys your brain” after CNN pointed out the lack of diversity on President Donald Trump’s coronavirus task force.

“Wokeness is a virus,” Carlson said during the Thursday night segment. “It’s infectious. It destroys your brain. You are watching it happen to people all around you. Certainly on the left, some running for president, many working at CNN. You wind up writing stuff like that once you’re infected. Totally insane.”

The report in question juxtaposed the predominantly white male task force assembled by Trump with the racially and gender diverse task force that former President Barack Obama put together in 2014 to deal with the Ebola outbreak in West Africa.

“The visuals that have come to define the Trump administration say something else, too,” the CNN article reads. “They signal which people in a multi-racial, half-female country Trump values the opinions of: mostly white men who are mirror images of the president himself.”

Earlier in his own segment, Carlson described the coronavirus as a “serious, serious threat, certainly potentially — and authorities are taking it seriously in this and other countries.” He added that CNN’s story managed to “include the picture just to let you know that it’s the wrong color. The people working to protect you from coronavirus — this is CNN’s take away — are the wrong color.”

This is not the first time that Carlson has decried issues of diversity while discussing a seemingly unrelated topic. The YouTube talk show host Dave Rubin blamed diversity in hiring at a utility company for an outbreak of wildfires in California on Carlson’s show back in October. During the segment, Carlson said that “PG&E strikes me as almost a metaphor for the destruction of the state” and claimed that the company “doesn’t really know anything about its own infrastructure,” even though it “knows everything about the race of its employees.”

He added that “if you can’t keep the lights on and you can’t keep the place from burning down, you’ve reached the point where there is no kind of lying about it anymore. Like, it’s falling apart. It’s a disaster. It’s not civilized anymore.”

Speaking with Salon last year, Carlson minimized the importance of conversations about racism, characterizing them as a distraction from other issues.

“I would never make the case that racism doesn’t exist, or it’s not a factor,” Carlson told Salon. “Of course it does and it is. But in the end, our racial differences or sex differences are immutable differences that can’t be fixed. They can’t be changed. They’re set at birth, so it’s not only counterproductive, but in my opinion, it is an intentional diversion away from conversations about things that we could potentially change, like tax rates.”

One high-ranking Trump official meanwhile discussed the coronavirus Thursday as a possible boost to the American economy. Secretary of Commerce Wilbur Ross told Fox Business Network’s Maria Bartiromo that while he did not want to take “a victory lap over a very unfortunate, very malignant disease,” the Chinese outbreak “does give businesses yet another thing to consider when they go through their review of their supply chain.”

“I think it will help to accelerate the return of jobs to North America — some to U.S., probably some to Mexico, as well,” he added.

According to the Center for Disease Control, there were five confirmed cases of the coronavirus in the U.S. as of Wednesday, along with 92 that were under investigation and 68 that had been studied and came back negative.

Ajimobi can’t be forgotten in a hurry — Alao Oyedele 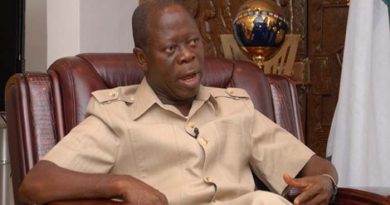 Black Friday: Why bots will beat you to in-demand gifts