Nigerian Ighalo, who will offer cover for injured forward Marcus Rashford, has Premier League experience, having scored 33 goals in 82 games for Watford before moving to Chinese Super League club Changchun Yatai in 2017, for a reported 20 million pounds ($26.29 million).

The 30-year-old is expected to complete a six-month loan and become the second senior addition to Ole Gunnar Solskjaer’s squad after the signing of Portuguese midfielder Bruno Fernandes from Sporting Lisbon for an initial 55 million euros ($61.02 million) fee.

The surprise move for Ighalo comes after United failed to land their prime January target, Norwegian Erling Haaland who instead chose to move to Borussia Dortmund from RB Salzburg.

With only Mason Greenwood and Anthony Martial as striking options, Solskjaer badly needed an additional forward and Ighalo, while not a player many would have expected to head to Old Trafford, offers an experienced, low-risk option.

A Nigerian international, Ighalo has scored 16 goals in 35 games for his country, including featuring in the 2018 World Cup in Russia. 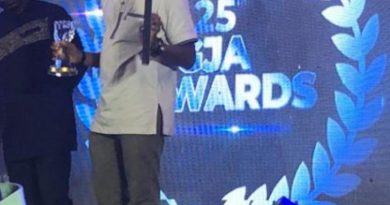 My Experience As An INEC Ad-hoc Staff By Femi Akinyomi

Reverend Dominic Ziba, the Head Pastor of the Holy Ghost Temple Assemblies of God church in Bolgatanga says the Church