LAGOS, Jan 31 (Reuters) – More than 1,000 motorcycle taxi drivers marched to the gates of the Lagos state legislature on Friday to protest against a measure that will bar them from much of Nigeria’s traffic-choked commercial capital.

The marchers, many of whom wore or carried motorcycle helmets, oppose a ban on commercial motorcycles known locally as okadas and three-wheeled motorised rickshaws called kekes from the city’s streets.

The state government said the decision, which goes into force on Saturday, is necessary for safety and security.

The protesters denied they flout traffic rules and said they are an essential part of the economy in the teeming city of 20 million people that has huge traffic jams.

Many of them work for ride-hailing apps Gokada and Max.ng, which have called the ban an attack on poor people as many of the riders have few other employment options.

“If they ban the bikes I won’t be able to pay my rent or my children’s’ school fees. I’m a graduate. I went to school but there are no good jobs in the country so I need to do this one to help myself and my family,” Chigozie Bright, a 33-year-old driver who started with ride service App Gokada last year.

Some of the marchers carried signs saying “Regulate Us – Not Kill Us” and shouted the slogan as they went, but there were no signs of violence.

Protesters said they would not disobey the ban by offering rides on Saturday, and hoped that customers would lobby for the ban to be lifted once they were left without rides.

Obiorah Obiorah, who watched the march from a car, said he relied on okadas and kekes, and opposed the government’s move.

“To put a blanket ban is not proper because the roads are bad, totally bad,” he said.

The state government said in a tweet that the okadas and kekes were dangerous and the drivers needed to learn “trades we used to be proud of” such as bricklaying, printing or tailoring. (Editing by Libby George and Timothy Heritage)

Adewura’s Death: What Is The Value Of The Nigerian Life? By Damilola Faustino 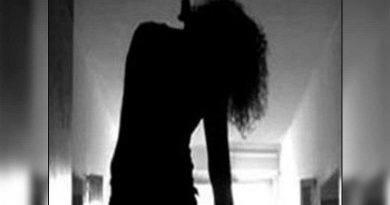 Precious Lee Was Born to Be Glam

COVID-19: Produce More Because Nigeria Has ‘No Money’ To Import Food — Buhari To Farmers