Imo State governor, Hope Uzodinma, has said that he is not disturbed by the decision of the Peoples Democratic Party and Emeka Ihedioha to seek a review of the judgment that made him governor.

The Supreme Court had on January 14 sacked Ihedioha and made Uzodinma the governor of the state.

The court added excluded votes from 388 polling units where results were cancelled by the Independent National Electoral Commission due to high violence and electoral malpractices.

Speaking with journalists in Abuja after a meeting with President Muhammadu Buhari, Uzodinma said he was not disturbed by the actions of the PDP.

He expressed confidence in the court, saying that he was sure the court made the right pronouncement.

He said, “I am not disturbed by the PDP’s move to seek a review of the judgment.

“I am not concerned because I believe they are going back to the Supreme Court based on falsehood because the number of accredited votes outside the excluded votes is what they are talking about.

“But if you are going to court, you must go to court to discuss or talk about the number of accredited votes including the excluded polling units.

“If you compute the number of accredited votes inclusive of the excluded voters, the figures are correct.

“We went to court with an issue of exclusion; we didn’t go to court complaining about election malpractices, violence and all of that. So, it is a peculiar case.

“My case can be likened to that of Jim Nwobodo vs Onoh and Omoboriowo vs Ajasin – It is the position of the Supreme Court that where an election has been announced at a polling unit, INEC is bound to collect the result and enter the results into the Form EC 8B.

“So, let INEC tell us what happened; I’m a lawmaker and I participated in the amendment of the Electoral Act.” 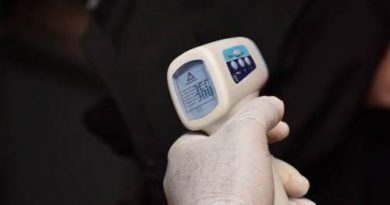 COVID-19: Why Nigeria Needs To Contain Spread Of Disease By Ademola Orunbon

26 landguards who caused mayhem at funeral in Apam granted bail