Speaker of Edo State House of Assembly Rt. Hon. Frank Okiye has said that the crises rocking All Progressive Congress APC in the state was not caused by the proclamation of the house by Governor Godwin Obaseki.

Rt. Hon. Okiye made this assertion in a press conference in Benin-City, explained that rather, the problem reared its ugly head even far beyond the election of the members into the house, hence some of the members-elect for reasons best known to them waited for signal from another quarter to do their lawful duty, even when the office constitutionally recognized to issue the proclamation has done it’s job.

Hon. Okiye, recalled the instances of Suspended National Chairman, Comrade Adams Alliu Oshiomole refusal to join the campaign train of Edo State Chapter of the party during the Presidential, National and State House of Assembly elections. Stressing that Comrade Adams Alliu Oshiomole and Governor Godwin Obaseki has at different times alluded to crises of confidence between the two far way back before the elections e.g, the cancellation of the primary election that produce the House of Assembly candidates and repeating same.

The Hon. Speaker also affirmed that members-elect after the election were one family and built their support round him until the embattled National Chairman of the party Comrade Adams Alliu Oshiomole twisted their mind for obvious selfish reasons to control the House in order to control the government of Edo State and to intimidate the Governor.

The Hon. Speaker further identified a bid by some politicians to dictate the political affairs of the State at the expense of the State Governor, who is also leader of the party in the state, as the root cause of the problem.

Rt. Hon. Okiye therefore described as misleading the statement by a former secretary to the state Government Pastor Osagie Ize Iyamu that Governor Obaseki mishandling of the assembly proclamation caused the crisis, saying that Governor Obaseki is a peace lover who prioritised reforms and development of the State in his administration cannot orchestrate disagreement.

Explaining reasons for declaring seat of the Constituency of the members-elect vacant, Rt. Hon Okiye said their failure to take their oath of office to enable them meet the Constitutional requirements of representing their constituents at proceeding of the house and their absence during the debate on the appropriation Bill led to the action of declaring their seat vacant.

The Hon. Speaker who described as disservice to the people time and opportunities lost to the political disagreement which he said cannot be recovered, said declaring the seat vacant was not to hurt anyone, but to bring sanity to politics and governance in the state.

Conclusively, the Hon. Speaker re-afirmed that they did what they did as a House to defend their oath of office by upholding and defending the constitution of the federal republic of Nigeria. 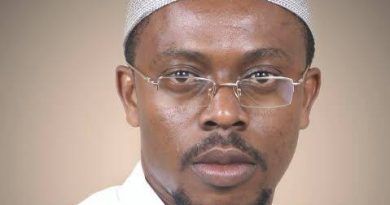