Senator E.H. Abaribe (Abia State) called for the resignation of General Muhammadu Buhari due to the prevalent insecurity, widespread violence, and indiscriminate killings in the country. Abaribe’s statement went blitz in the social media. As expected, it ignited fireballs of attacks and counter attacks from both supporters and critics of Buhari.

Abaribe’s statement is in order. If Buhari was the president of a corporation, he would have been fired five years ago. However, I believe Buhari won’t resign until he Islamises Nigeria. Buhari’s plan to Islamise Nigeria is on track. Buhari is a Fulani and a Sunni Muslim Jihadist. As a Sunni jihadist, he’s no different from other Muslim sect jihadists.

Like other jihadists, Buhari is not governed by the rule of law. He has no respect for the rule of law. He’s determined to eliminate, oppress, suppress, imprison, torture, and take out of circulation his critics, opponents, and other dissidents who disagree with his jihadist tyrannical rule.

As a Sunni jihadist, he believes in changing the social and political organization of Nigeria. He’ll do anything to create an Islamic Nigeria. Already, Nigeria is a member of Organization of Islamic Countries (OIC). Buhari is committed in establishing sovereignty on a territory perceived as occupied or dominated by non-Muslims. This explains in clearer terms why his fellow Fulani herdsmen terrorists jihadists are on killing spree in every community in Nigeria and taking over the land of the “infidels.” More importantly, no member of Fulani terrorists jihadists has been apprehended or prosecuted by Buhari’s regime.

AK 47 and people are even blaming me for not talking to them because may be (they say) I look like one of them. There’s more injustice in this aspersion… The Benue subsistence farmer knows that the Nigerian cattle herder that he knows doesn’t carry nothing more than a stick, occasionally sometimes something to cut grass to feed his cattle.”

As a devout Sunni jihadist, Buhari believes in the supremacy of Sharia law. In a speech at a seminar organized by the Supreme Council of Sharia in Nigeria, August 2001, Buhari declared: “I will continue to show openly and inside me the total commitment to the Sharia movement that is sweeping all over Nigeria… God willing, we will not stop the agitation for the total implementation of the Sharia in the country.”

Buhari intimidates, and marginalizes non-Muslins, non-northerners.  With trumped up corruption charges, he illegally removed the former Chief Justice of Nigeria, Walter Onnoghen, to make way for the appointment of a Sunni Fulani jihadist Ibrahim Muhammad Tanko as Chief Justice. Tanko who studied Sharia law at Ahmadu Bello University, Zaria said at the 20th Annual Judges Conference held at ABU, “As we all know, there are sections of the Constitution that allow the implementation of Sharia’s personal law and apart from that, we cannot do more.” “However, we have the number to amend the Constitution to suit our own position as Muslims,“ Tanko said.

It is instructive to note that the jihadists are psychotic and sociopathic personalities. Jihadists use both terrorism and insurgency to achieve their goals and objectives of Islamization of a country. Jihadists pursue their objectives through the employment of violence and delusional methods. Jihadists are theologically motivated. Boko Haram is one of the terrorists jihadists groups being used by Buhari to Islamize Nigeria. No wonder, after almost five years, Boko Haram is waxing stronger and stronger everyday killing scores of innocent Nigerians.

Jihadists like Buhari, believe it is their sacred religious duty to propagate Islam along with the government, legal system and cultural norms that go with it. It’s no surprise then that Buhari is unfazed by the killings being perpetrated by the Fulani jihadists. The dastardly murder of the CAN Chairman Rev. Lawan Andimi in Adamawa State and many Christians that were beheaded points to a design of a larger grand scale to Islamize Nigeria.

According to The Christian Post, more than 1,000 Christians have been murdered by Islamic jihadists in 2019. Six thousand Christians killed since 2015, and over 12,000 displaced.

The jihadists are very methodical and painstaking in their quest to establish an Islamic State. The foundation to Islamize Nigeria had been laid many years ago by Usman Dan Fodio through emirates in the north. The emirates are ruled by jihadist principles. The emirates serve as a launching pad for further conquests, thus creating a larger empire called caliphate.

It is through the caliphate that Buhari and the other jihadists will use to bring the entire Nigeria into submission to fully Islamize Nigeria. This is what’s going on in Nigeria now. Buhari is ferociously pursuing the total Islamization of Nigeria by enlisting the support and active participation of the northern emirates and caliphate.

By keeping mute and doing nothing, Buhari has emboldened the Fulani jihadists. Buhari is bent on the Islamization of Nigeria. He is replacing diversity and difference with an Islamic ideology which is being imposed with violence on Nigerian Christians. Nigerians, brace up for the worst. You ain’t seeing nothing yet! 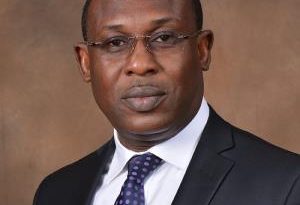