Benin — The Speaker, Edo State House of Assembly, Frank Okiye, has alleged that the crisis rocking the state chapter of All Progressives Congress (APC) and the state House of Assembly was prompted by the inordinate ambition of the party national chairman, Adams Oshiomhole, to dictate the political affairs of the state at the expense of the sitting governor, Godwin Obaseki.

He said the political crisis in the state predated the proclamation letter for the inauguration of the 7th State House of Assembly by Obaseki, as alleged in some quarters.

Okiye made the remark in Benin yesterday at a press conference tagged, “putting the records straight” at the premises of the house.

“It is important to make clear that the crisis which was an avoidable one was caused by the inordinate ambition of the national chairman (Adams Oshiomhole) to dictate the political space at the expense of the governor who is the leader of our party in the state. And he laid to rest godfatherism in Edo state during his tenure and that will never be resurrected,” he said. 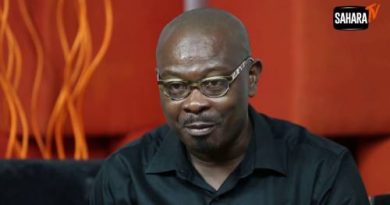 The Significance And Lessons Of ‘June12’ By Okechukwu Nwanguma

Listen to article As the world battles the sky-rocketing soaring of the Novel Coronavirus pandemic, the 2016 New Patriotic Party’s