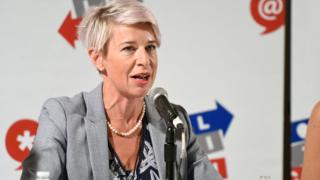 The social media giant said the former Apprentice contestant had been temporarily locked out of her account.

Hopkins has more than one million followers on the site and is known for her outspoken views.

US President Donald Trump has re-tweeted her on several occasions, allowing her to gain a larger global following.

Anti-racism campaigners have called for her to be removed from the platform, accusing her of using hate speech.

A spokesperson for Twitter said the firm was looking into the situation and was keeping Hopkins apprised at each step.

They said: “Keeping Twitter safe is a top priority for us – abuse and harassment have no place on the service.”

They added: “These rules apply to everyone using our service – regardless of the account involved.”

As of Thursday evening, the account was listed but all her tweets had been removed.

The page still showed one re-tweet from another user accusing her of “incitement to racial hatred” for a post she made about British rapper Stormzy. That post appeared to be from late last year.

Twitter requires users to take down posts that violate the network’s policies. Users are barred from posting again until the offending post or posts have been taken down by the user.

The social network did not comment on why all of Hopkins tweets have been removed.

In this case all of Katie Hopkins’ tweets have been removed. That doesn’t mean all of her tweets violated the anti-hate policy. And Twitter is not saying whether that means her account will eventually be taken down entirely or if it’s working on a deal to resume Hopkins’ access.

Twitter typically doesn’t comment when an account is suspended. It did, however, break that policy in 2016 to explain why Milo Yiannopoulos had been removed from the network – he had called on his Twitter followers to send hateful and racist messages to Leslie Jones, a black actress.

Late last year Twitter also broke its silence on why it has not blocked US President Donald Trump, who in the eyes of many has tweeted or reposted hateful comments. Twitter said it made exceptions for world leaders.

But the social media platform does have a history of letting incendiary comments and memes remain on the site.

For Twitter, it is a balance between the demands of free speech and its efforts attracting a large and diverse user base. That’s a juggling act Twitter and other social media sites has often struggled with.

Hopkins, who is also a former LBC presenter and MailOnline columnist, has repeatedly attracted criticism for her controversial views.

In 2017 she was ordered to pay food writer Jack Monroe £24,000 in damages, plus £107,000 in legal costs, in a libel action brought after a row over two tweets which Monroe said caused “serious harm” to her reputation.

She provoked anger when she tweeted that there must be a “final solution” in dealing with terrorists following the Manchester terror attack.

Shortly after, LBC announced she was leaving the show “immediately”. Later that year, she left MailOnline by “mutual consent”. 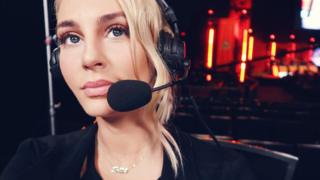 Call of Duty London event will be like an ‘exciting, rowdy football match’ 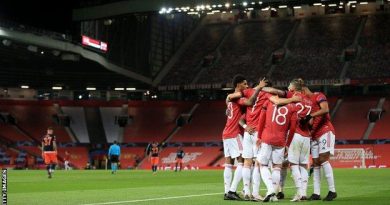 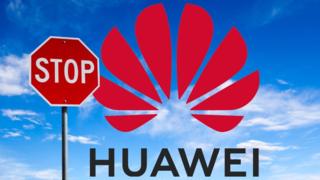 Huawei: What would happen if the UK ditched the Chinese firm?