Harry Maguire has absolved Nemanja Matic of any blame for Manchester United failing to reach the Carabao Cup final.

The Serbian midfielder went from hero to zero during a semi-final derby date with arch-rivals Manchester City.

With the Red Devils looking to overturn a two-goal deficit in the second leg of that contest, Matic briefly offered them hope at the Etihad Stadium on Wednesday.

His first-half strike allowed United to dream of completing a stunning turnaround, but his dismissal in the second 45 all but ended the ambitions of Ole Gunnar Solskjaer’s side.

The Red Devils did see close out the game to collect a 1-0 win over their old adversaries , but that was not enough to book another day out at Wembley.

Solskjaer has since come out and branded Matic’s red card an “absolute joke”, and Maguire says the 31-year-old owes his team-mates no apologies.

The United captain told MUTV : “It is tough to create chances here.

“They are a good side and they have proved it over the last five years. At half-time we were in the perfect position. We wanted to stay in the game until the last 20 minutes, when we knew we could create momentum and pressure, like we did at Anfield [against Liverpool].

“It is hard enough to get the ball off them when it is 11 v 11. We obviously lose Nemanja, who was excellent on the night, so there is no blame on him, but it was difficult when we went down to 10.”

While disappointed to have seen one avenue to potential silverware shut off, United still have plenty to play for in 2019-20.

Next up for them is a home date with Wolves, with that contest set to carry Solskjaer’s side into their winter break, and Maguire is determined to get a top-four bid back on track.

The England international defender added: “Yeah, it is really important.

“We have one last big push before the lads can put their feet up and have a little rest, which I do feel we need.

“I think you saw in the second half that we looked a bit tired in our pressing. It is one last big push, we need a big result against Wolves, we need to come out fighting and put on a good performance.” 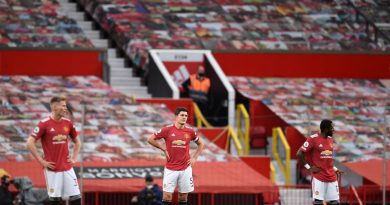 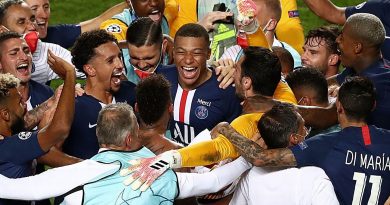 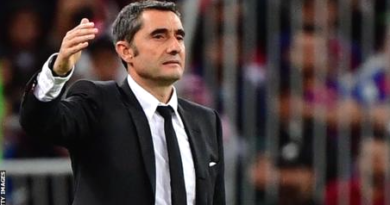 There all criminals... Old fools.

None to chose here all criminal

They are all political prostitute.

We don't need them again oooh my brother

None of them they are all criminals 😭😭😭😭

No candidate among these loiters

I will suggest any of the last 4 persons

God will punish all of you.

The Federal High Court sitting in Abuja has ordered the arrest of Faisal Maina, the son of Abdulrasheed Maina.   The court also revoked the bail granted him for jumping bail in his trial on money ...
View on Facebook
·Share

The Goriyiri primary school was established in 1956, a year before Ghana gained Independence. Since the building of this facility,