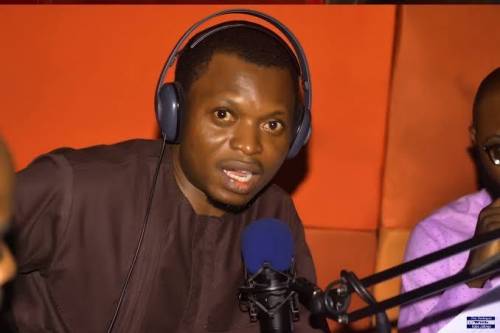 Under fire over the wickedly role he has played in the illegal arrest and detention of Agba Jalingo; Governor Ben Ayade of Cross Rivers State has come up to buttress many of our insinuation and perception.  Ayade has correctly shown that he is just the complainant, but Jalingo’s is a sinner against both the state and the Federal Government.

Ben Ayade, with his last press address has told us that the office of the attorney general is the prosecutor. The conspirators have owned up. No more media games.

That noted. There is a need to respond to some points Ayade mentioned.  These points are threefold.  One is that Agba Jalingo is his brother and has benefited economically from him before.  Also, that Jalingo should be treated as a politician as he is the state chair of “Sowore’s party”; the African Action Congress. And that Agba Jalingo should not use the “power of the pen” to blackmail his government over the N500m that varnished.

Every man, in the sonorous words of Bob Marley, “has a right to decide his own destiny and in this judgement there is no partiality!” That Agba Jalingo is a brother to Ben Ayade and has benefited from him before does not tie his destiny to Ayade’s whims and caprices. Agba has a conscience and even if he eats in the same pot with the governor, once he decides to face the facts and stand against corruption; history and posterity stands with him. So, the governor and such others should know that while it is true that familiarity brings consent, allies have a duty to stand with the people once they see such monumental anomaly as the stealing of government funds. Agba Jalingo owes his loyalty to his conscience and the people.

Secondly, it is very correct that Agba Jalingo is the chair of the African Action Congress and as Agba would always say- “the only opposition party in Cross Rivers state since 1999.” His being part of the Sowore’s party and the #RevolutionNow movement puts him in the true side of history. Nigeria is being plunged in to mass poverty and hardship while war is being side-perpetrated. Journalists have a right to politics. The earlier politicians in Nigeria were journalists: Obafemi Awolowo, Nnamdi Azikiwe and the likes.

To stop the obvious drums of war from the top; the obvious answer is a revolutionary change that will bring a new order of society without the scourges of greed and power. If Ayade and Buhari are afraid of the real opposition, their woes will be in multiple folds as Nigerians cannot continue to suffer while a tiny few keep starching their pockets with the billions that is meant for all. The great support by the mass of working people to Sowore and the #RevolutionNow movement shows that truly majority of Nigerians want another life, another country. By August 5, over five million people had gone on the internet to check the meaning of revolution. So, Ayade and his oppressor gang should know that we really are not alone. Nigerians have a right to remove a failed government like the current one!

And for the last postulation that Agba Jalingo should not use his brilliant journalism to “blackmail” a government under which N500m suddenly grew fast legs like Usian Bolt and zoomed off, Ayade reminds one of a thief that is arresting the owner of the stolen property. The thief, with immediate power of violence, becomes a temporary law unto itself and asks “why did you not tell me then that you still have more for me to steal?” The bush meat want to catch the hunter!

Such gospel from the criminal suspect be shamed with the resistance of all oppressed. We are all victims of these elements who dupe us and rob it off on our face at the same time. Beyond Cross Rivers, we must all stand up to tell the oppressors what we tell to bullies-“You can only try but the true fists will beat you off!”

#FreeAgbaJalingoNow, saying the truth must never be criminalised! 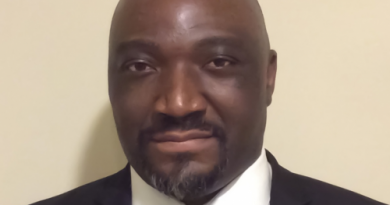 The police have arrested two suspects in connection with the murder of chief at Kaneshie on October 2. The chief,