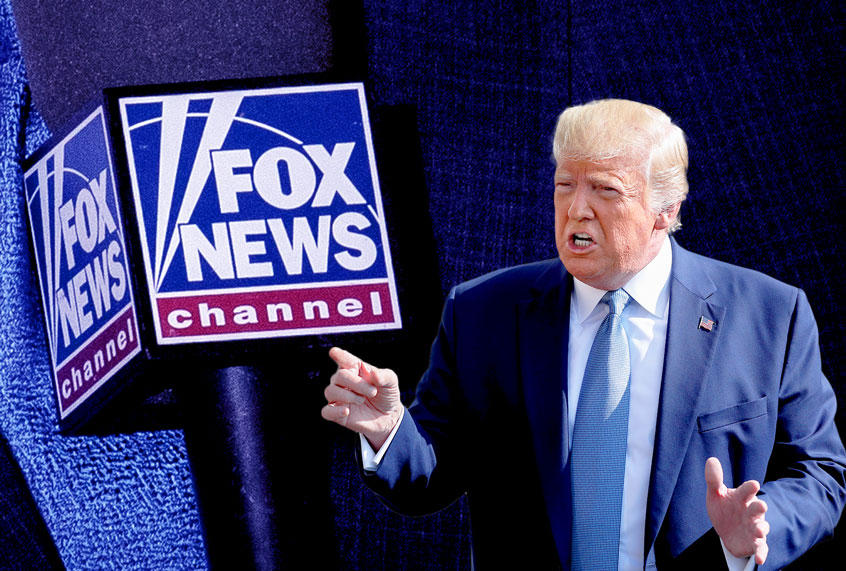 President Donald Trump predicted “the beginning of the end” for Fox News after it interviewed a Democratic senator, blasting the right-leaning network for its alleged attempt “to be so politically correct.”

“Really pathetic how @FoxNews is trying to be so politically correct by loading the airwaves with Democrats like Chris Van Hollen, the no name Senator from Maryland. He has been on forever playing up the Impeachment Hoax,” Trump tweeted on Tuesday, after also sharing his complaints about CNN’s coverage.

Van Hollen appeared on Fox to discuss the revelations in a leaked book manuscript authored by former Trump national security adviser John Bolton. Van Hollen argued that the response to Bolton’s claims will show whether Republican senators truly want an impartial trial, which he said must include witnesses.

“Dems wouldn’t even give Fox their low ratings debates. So, what the hell has happened to @FoxNews,” Trump tweeted. “Only I know! Chris Wallace and others should be on Fake News CNN or MSDNC. How’s Shep Smith doing? Watch, this will be the beginning of the end for Fox, just like the other two which are dying in the ratings. Social Media is great!”

Trump’s attack on Wallace came after the host challenged Trump attorney Alan Dershowitz for claiming that a crime must be codified by statute to merit impeachment, which is the opposite of what he argued for former President Bill Clinton.

“We just put the sound bite up where you said it doesn’t have to be a crime,” Wallace said.

Dershowitz claimed that “academics change their minds all the time.”

“It’s also what lawyers do . . . depending on the facts of the case and the side they’re arguing,” Wallace shot back.

Wallace later repeatedly challenged conservative journalist Katie Pavlich for claiming that all witnesses testified to the House by the time the Senate trial began.

“Katie, what you’re saying just isn’t true,” Wallace said. ” To say that in the Clinton investigation that these people were interviewed by the House ― one, they weren’t ― and . . . the Justice Department refused to carry out the investigation. Get your facts straight.”

Trump, who has given 70 interviews to Fox compared to five to the nearest major network and repeatedly cites their segments, previously complained that the broadcaster “doesn’t deliver for US anymore.”

“From the day I announced I was running for President, I have NEVER had a good @FoxNews Poll,” Trump tweeted in October. “Whoever their Pollster is, they suck. But @FoxNews is also much different than it used to be in the good old days.”

The latest Fox News polling shows that 50 percent of the country supports Trump’s removal from office in the Senate trial. Independents support his removal by a 19-point margin, according to the results. The network’s survey also finds that Trump trails former Vice President Joe Biden by nine points and Sen. Bernie Sanders, I-Vt., by six points.

Trump has also taken issue with Fox News legal analyst Judge Andrew Napolitano, whose opinions he frequently shared on Twitter before the judge sided against him on the issue of impeachment. Trump ret-weeted a post arguing it was not “fair” for Fox to “allow him to have national air time” and called the judge “terrible.”

Napolitano, for his part, has not wavered in his views on Trump’s impeachment.

“What is required for removal of the president?” Napolitano wrote in an op-ed last week. “A demonstration of presidential commission of high crimes and misdemeanors, of which in Trump’s case the evidence is ample and uncontradicted.”

State of the Union: Trump trolls the libs and defiles his office; Pelosi upstages him 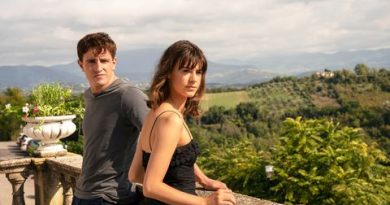 We All Agree the Normal People Soundtrack Slaps. There’s More Where That Came From.

The St. John’s Hospital and Fertility Centre, a leading private health facility in Accra, has once again been awarded for