National Secretary of Miyetti Allah herdsmen group, Alhassan Saleh, said: “It is not blackmail. Unfortunately, with very strong apology to my South-West friends, despite the education of the Yoruba people, they still remain the most primitive in terms of politics. They are not tolerant to opposition and if you allow them to have an ethnic army, definitely there will be fear from Nigeria.”

It is pointless to argue with Saleh. We know Yorubas the stuff they are made of and the stock they came from. But, who the hell are the Northerners?

Northerners have ruled Nigeria for 40 years of the almost 60 years of Nigeria’s independence. All these Northerners going by the way they governed have repeatedly demonstrated that they are barbaric, inept, brainless, backward, the least qualified to govern and they are the destroyers of our nation. You are all witnesses to the incalculable harm done to Nigeria by these Northerners. I need not provoke your anger by going into details of their tyrannical rule, reign of terror, nepotism, selective justice, and monopoly of power.

Character plays important role in the job performance of a president. The president wears many hats. His role is mostly affected by character. A president must be able to symbolise the hopes and aspirations of our people and where the country is headed. A president must represent our values. And most importantly, the president must embody the direction for a new Nigeria.

1. A strong vision to Nigeria’s future.

2. Ability to put their own times in the perspective of history.

Abraham Lincoln assumed the presidency when the United States was about to explode in civil war. The civil war would have consumed 600,000 Americans. Theodore Roosevelt was thrust into White House when the conflict between the rich and the poor had reached breaking point. Franklin Roosevelt came to power when the Great Depression had paralysed the economy and the spirit of Americans. Lyndon Johnson took office in the wake of John F. Kennedy’s assassination, when a civil rights bill was tied up in Congress, and when racial issues had torn the country apart.

Each situation cried for leadership. Each of the presidents was fitted for the times. All the four presidents were guided by a sense of moral purpose. They all rose to the challenge. They all healed the divisions which had torn the country apart. They all brought the country together. They all have a common purpose to the people.

The traits common to the four presidents are: humility, empathy, resilience, courage, ability to listen to diverse opinions, ability to control negative impulses, ability to connect with all manner of people and keep one’s word. All the Northerners that ever ruled Nigeria lack such traits. Truth be told, Northerners remain the greatest curse on Nigeria.

Time and time again, they have proven that they don’t have the capacity, intelligence, education, discipline, outlook, vision, and preparation to lead a country. All they want and all they are interested in, is to control the centre, control our collective resources, control federal agencies and bureaucracy, plunder and ruin the country.

They have never ever spearheaded any reforms that would transform Nigeria into a fair and just society. Which is why they vehemently rejected restructure, new constitution, state and local police, new derivative formula for revenue sharing, and other revolutionary ideas that could lead to a peaceful, progressive, and prosperity Nigeria.

To save Nigeria from sliding further into dark ages, we must do either of two things: Northerners must be prevented by any means necessary from ruling Nigeria again or we must dismantle the animal farm a.k.a Nigeria and let’s go our separate ways! 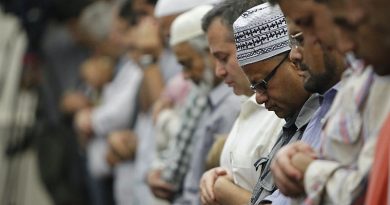 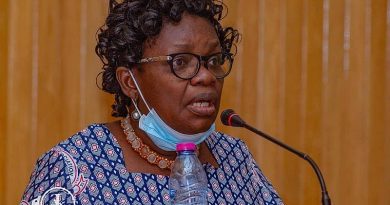 Reps give nod for establishment of agriculture varsity in Langtang, Plateau