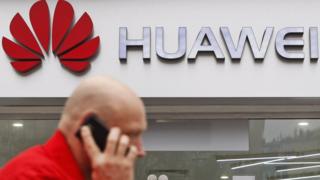 Huawei is one of the world’s biggest mobile phone makers. It’s also at the centre of a row over cyber-security and the next-generation 5G phone networks being built.

The UK government has decided to allow the Chinese tech giant to be part of its 5G network – but with restrictions.

Huawei was founded in 1987 in Shenzhen, southern China, by Ren Zhengfei, a former army officer. It started making communications equipment for mobile phone networks and is now a global leader, employing 180,000 workers.

Huawei is the world’s second-largest smartphone supplier after Samsung, with 18% of the market – ahead of Apple and others.

Which countries are concerned about Huawei?

At the heart of the debate is a simple question: can the West trust Huawei or will using its equipment leave communication networks, and our own mobile phones, vulnerable?

The US says Huawei could be used by China for spying, via its 5G equipment. It points to Mr Ren’s military background and Huawei’s role in comms networks to argue it represents a security risk.

But Huawei says this is not relevant: “When Ren Zhengfei was a young man, you needed to be a CPC member to have any position of responsibility.”

Washington has banned US firms from doing business with Huawei, and wants its allies to ban it from their 5G networks. Australia and New Zealand have joined the US. Germany has put off making a decision – at least until the next EU summit in March.

For the UK, using Huawei equipment may hit vital UK-US trade talks. The US has warned it could risk future security co-operation. But if the UK had banned Huawei from 5G, it could have faced Chinese retaliation.

5G: What are the issues?

Many countries are preparing to move from 4G to more advanced 5G mobile networks. Download speeds 10 times faster than today will radically change how we work, communicate and stream videos.

In principle, controlling the tech at the heart of these networks could give Huawei the capacity to spy or disrupt communications during any future dispute. This is important, as more things – from self-driving cars to fridges, baby monitors and fire alarms become connected to the internet.

The concern is that state-sponsored hackers could use these devices, which often have weaker security features, as back doors into strategically vital networks. For instance, this could make it possible to shut down a rivals’ power stations.

What role will Huawei have in the UK?

The Chinese company will be banned from supplying equipment to “sensitive parts” of the network, known as the core.

In addition, it will only be allowed to account for 35% of the kit in a network’s “periphery”, and it will be excluded from areas near military bases and nuclear sites.

The core is essentially the phone network’s heart and brain. It is where voice and other data is routed to ensure it gets to its where it needs.

This involves making sure users can only access the services they have paid for, sending a call to the right radio tower, delivering SMS messages, or keeping track of usage to calculate bills.

The core is distinct from the Radio Access Network (RAN) or the periphery – made up of the base stations and masts used to link our mobile devices to the core. Some say this is what Huawei should be involved in.

But others worry this boundary between the core and periphery will disappear in future, as more operations are carried out closer to users. They say it will no longer be possible to keep Huawei out of a network’s most sensitive areas.

Is Huawei spying on us?

The US argues China’s 2017 National Intelligence Law, which says organisations must “support, co-operate with and collaborate in national intelligence work”, means Beijing could force Huawei to do its bidding.

Huawei says it’s never been asked to spy and “would categorically refuse to comply”. It adds: “We would never compromise or harm any country, organization, or individual, especially when it comes to cyber-security and user privacy protection.”

Is my phone spying on me?

Your phone, whoever makes it, is tracking you in various ways – but it’s you that have to agree. And you’re in charge of what it learns.

For instance, depending on what permissions you’ve granted your apps, it may track how often you visit certain websites or whether you use it to buy stuff.

If you use a Huawei phone, it’s very unlikely the firm’s handing your data to the Chinese government, though it is possible. In the same way, technically, data from a Google Pixel phone could be handed over to the US government.

In March last year, Google halted Huawei’s licence for Android – the operating system for most of the world’s phones, aside from Apple’s iPhone.

If your Huawei phone was issued before the ban it will receive Android updates, but newer models won’t. However Huawei is trying to work around this.

Are there alternatives to Huawei for 5G?

US buyers will almost certainly favour kit from US companies, such as Cisco, Juniper Networks, or Qualcomm. In Europe, 5G manufacturers include Sweden’s Ericsson and Finland’s Nokia.

In the UK, going Huawei-free would have been a challenge. The country has been using its equipment since 2005. Even if the UK had chosen to ditch Huawei, it could not just rip up the existing 4G infrastructure. It would have cost a fortune and risked delaying 5G for years.

It says it has never found evidence of malicious Chinese state activity, but that it has identified some serious defects in Huawei’s software engineering and cyber-security competence.

The UK says risks will need to be managed, and it will have several 5G suppliers to avoid depending on one firm.

How do you pronounce Huawei?

As Huawei is from Guangdong province where Cantonese is the main dialect, the firm says its name should be pronounced “wah-way”. However, some Mandarin speakers argue that the name is pronounced “hwah-way”. 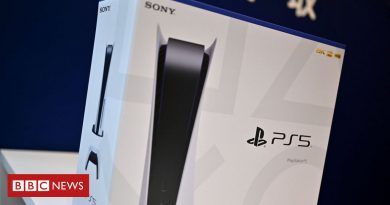 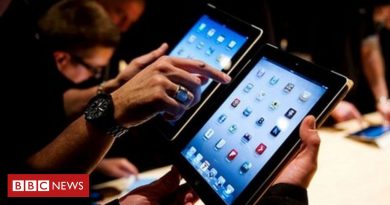 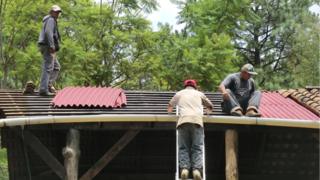 President Nana Akufo-Addo has said his government is hinging Ghana’s economic recovery on the GHS100 Ghana CARES (Obaatanpa) programme. The

Electricity from wind and solar more economical than nuclear — IES