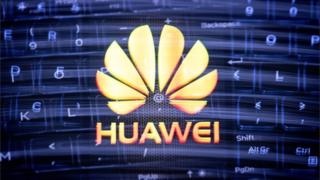 The UK has decided to let Huawei continue to be used in its growing 5G networks – but with restrictions.

The long-awaited decision goes against advice and pressure from the US to block the firm for security reasons.

But some industry-watchers believe it will benefit the wider rollout of next-generation mobile data services.

“I think it’s a pragmatic decision that brings stability and continuity in the 5G ecosystem,” commented Stephane Teral from IHS Markit.

“Huawei has been investing in the UK and in other countries in Europe including France, Germany, Italy, and Poland since the beginning of this century. A ban would have been disastrous.”

How will this affect UK-US-China relations?

Firstly, the decision is seen as a blow to US-UK relations.

After months of lobbying by Washington, Westminster has gone against one of its closest allies.

A Trump administration official has said the US “is disappointed” with the decision.

And both Democrats and Republicans have tweeted their disgust.

The decision by @BorisJohnson to allow Huawei into the UK’s telecommunications network is wrong, dangerous, and a grave shortsighted mistake.

Congress must work on a bipartisan basis to push back on this decision by the UK to open their arms to China’s surveillance state.

Allowing Huawei to the build the UK’s 5G networks today is like allowing the KGB to build its telephone network during the Cold War. The CCP will now have a foothold to conduct pervasive espionage on British society and has increased economic and political leverage over the UK.

Conversely, the decision to allow one of China’s most important and valuable companies to operate in the UK is an endorsement that will please Beijing.

Chinese diplomats had warned the UK there could be “substantial” repercussions to other trade and investment plans had the company been banned outright.

Sources close to Huawei suggest that the UK’s decision is likely to have a favourable impact on other markets, where Huawei is being considered as part of the 5G rollout.

The US, Australia and Japan decided some time ago to ban Huawei kit from being used in 5G telecommunications networks, but many other countries are still deciding what to do.

It is expected to have an almost instant impact on the nations that make up the Five Eyes security partnership: Whilst the US and Australia has already banned the brand, New Zealand and Canada are now expected to follow the UK’s lead.

The debate is raging across the European Union, where Europe’s leading telecoms operators – all Huawei customers – have lobbied against an outright ban.

The EU will soon publish a bloc-wide framework to address risks in networks but is not expected to place any bans on individual companies.

In Germany, Chancellor Angela Merkel is reported to be at odds with many in her party who want to remove Huawei from the existing German networks. Britain’s decision could bolster her case.

Huawei has had a strong footprint in many African countries for years, and 5G is already being built and tested with the company’s kit.

South Africa is the first and only country on the continent to have commercially launched a 5G service. And the company responsible for doing this, Rain, uses the Chinese firm’s products.

Other countries, including India, are currently trialling Huawei technology but are yet to decide on full rollout. They will no doubt look to the UK’s analysis, not least the documents that the National Cyber Security Centre has published, to back up their decision.

Elsewhere, Huawei is making a major push in South America and facing little-to-no restrictions in many large markets including Brazil.

Britain’s semi-endorsement of the company will no doubt aid Huawei as it continues to build out networks there. 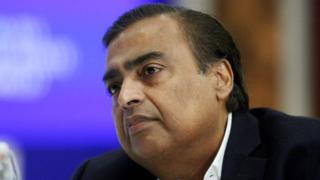 I tire oo,I don't even understand your explanation haba.

Na buy he still buy this one?

Speechless sweet mother wife is gone.kind and lovely mother of ALL .May her soul gently rest in perfect peace. Amen

I sympathize with u bro, rest on mother.

Sorry my Brother, may her soul rest in peace

And up till date, you haven't spoken about the CAN chairman who was beheaded by Bokoharam weeks back. Whats about you and money/tithe!? So sad..

Chairperson of the Electoral Commission, Jean Mensa would in the coming days appear before Parliament to provide further and better