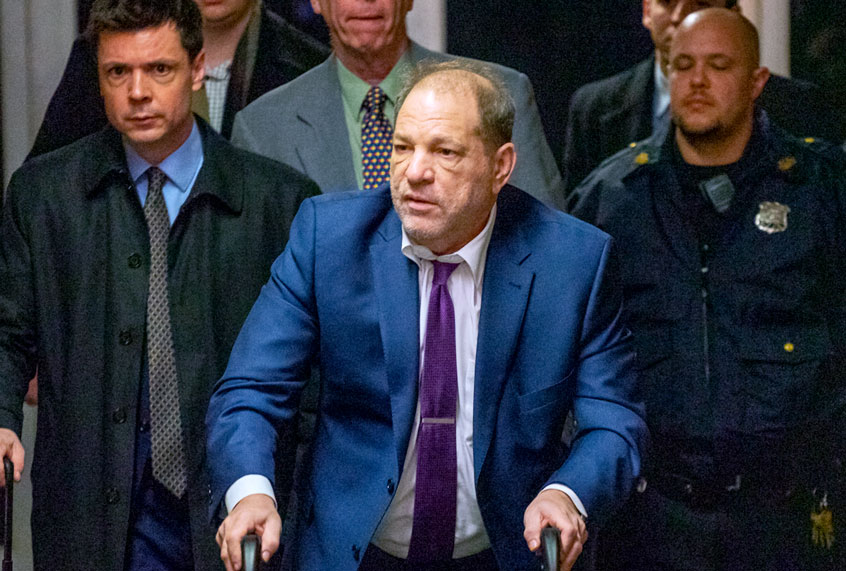 Miriam Haley, a former “Project Runway” production assistant who until recently went by the name of Mimi Haleyi, sobbed as she detailed her sex crime accusation against former movie producer Harvey Weinstein while taking the stand in Weinstein’s criminal trial on Monday.

“I tried to reject him, but he insisted,” Haley said, according to NBC News. “Every time I tried to get off the bed, he pushed me back and held me down.” She told jurors that during the incident, which allegedly occurred in 2006, she repeatedly said “no” as Weinstein forced himself on her in her bedroom apartment, with the producer ignoring her pleas even after she told him that she was on her period.

She added, “I thought if I scream rape, will someone hear me? If I kick harder, will I be able to get away from him?”

Haley claims that a few weeks later she was sexually assaulted by Weinstein in a Manhattan hotel room and that Weinstein called her “a whore and a bitch” during the alleged assault. She says that she did not go to the police after the alleged incident because she was worried Weinstein would harm her career and felt that, with his power and financial resources, she would not be successful in holding him criminally accountable. She also said that she did not know at the time that the second incident was assault because she “didn’t physically resist” Weinstein before having sex with him.

This is consistent with previous accounts given by Haley about the alleged incident. On one occasion she said that “he was extremely persistent and physically overpowering. He then orally forced himself on me, while I was on my period. He even pulled my tampon out. I was mortified. I was in disbelief and disgusted. I would not have wanted anyone to do that to me, even if that person had been a romantic partner.”

Elizabeth Entin, Haley’s roommate at the time, also testified on Tuesday that after the alleged encounter, Haley told her that Weinstein “started rubbing her shoulders, kissing her, and she said no, no, and he wouldn’t stop, and she said, ‘I’m on my period,’ and he said, ‘I don’t care,’ at which point, he threw her down . . . pulled off her underwear and started (assaulting) her as she was saying no.”

Entin told the New York City courtroom that she observed to Haley that “that sounds like rape. … Why don’t you call a lawyer?”

Entin concluded that her roommate “just seemed very distraught and was shaking and didn’t really want to pursue it or talk about it. She wasn’t very present.”

Weinstein is being tried in New York City for forcibly performing oral sex on Haley and raping another woman in a Manhattan hotel room. He is also facing criminal charges in Los Angeles for allegedly raping one woman and sexually assaulting another, Jessica Mann, in 2013. In the New York trial, six women are testifying that Weinstein attacked them, with those whose cases have passed the statute of limitations doing so to help reinforce those cases that have not. Last week, actress Annabella Sciorra, whose case has passed the statute of limitations, claimed that in either late 1993 or early 1994 Weinstein “put my hands over my head to hold me back and he got on top of me and he raped me. It was just so disgusting that my body started to shake.” He later forcibly performed oral sex on her and, when confronted about the incident later, threatened her into remaining silent.

Since 2017, roughly 100 women have accused Weinstein of various forms of sexual misconduct. His actions coming to light helped spark the #MeToo movement, in which women have speak up about their own mistreatment to combat sexual harassment and abuse.

Is early retirement a realistic dream?

Listen to article A group calling itself the True Drivers Union has rendered an unqualified apology to Former President, John