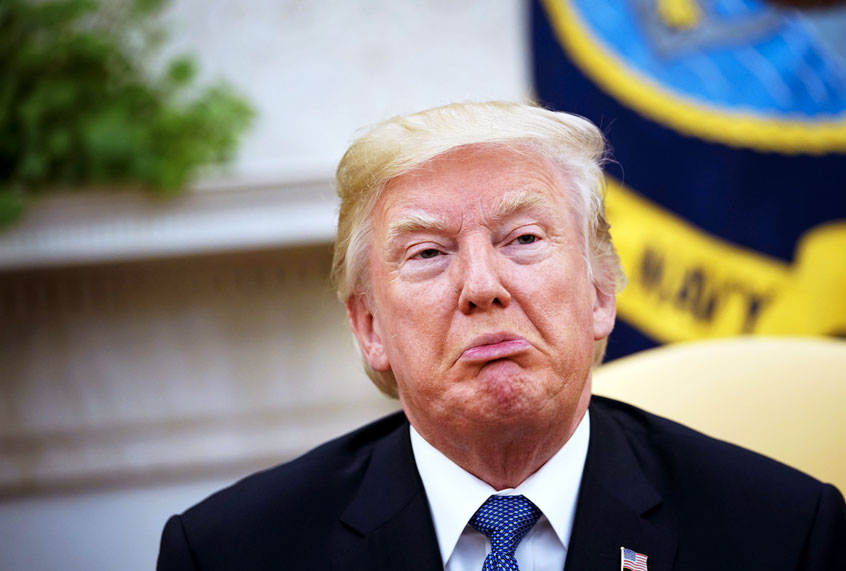 Trump initially claimed that no one was wounded in the Jan. 8 missile strike on multiple Iraqi bases, which came in response to the drone strike that killed top Iranian military official Qassem Soleimani.

“The American people should be extremely grateful and happy no Americans were harmed in last night’s attack by the Iranian regime,” Trump said in a statement after the strike. “We suffered no casualties, all of our soldiers are safe, and only minimal damage was sustained at our military bases.”

But the Pentagon told reporters on Friday that 34 American troops suffered traumatic brain injuries (TBI) in the attack.

About half of the injured troops have returned to duty, while eight were sent back to the U.S. for treatment and nine are still undergoing evaluation in Germany, according to Politico. Pentagon spokesman Jonathan Hoffman told reporters that the department would review how it tracks and reports injuries following discrepancies about how many troops were wounded in the strike.

“What we saw was a number of people who were initially screened for concussion-like symptoms … saw their conditions improve rapidly, and then others — we saw their conditions didn’t improve,” Hoffman said. “Some got worse, and some had severe enough symptoms that they were transported on for further treatment.”

But Trump dismissed those injuries while speaking to reporters at the World Economic Forum in Davos, Switzerland, last week.

“I heard that they had headaches and a couple of other things,” Trump said two days before the Pentagon reported the injuries. “But I would say, and I can report it is not very serious. Not very serious … I’ve seen people with no legs and with no arms. I’ve seen people that were horribly, horribly injured in that area — that war . . . I don’t consider that to be bad injuries.”

Veterans of Foreign Wars, a prominent veterans group with more than 1.1 million members, called on the president to apologize for his comments.

“TBI is a serious injury and one that cannot be taken lightly. TBI is known to cause depression, memory loss, severe headaches, dizziness and fatigue — all injuries that come with both short- and long-term effects,” VFW National Commander William “Doc” Schmitz said in a statement. “The VFW expects an apology from the president to our servicemen and women for his misguided remarks, and we ask that he and the White House join with us in our efforts to educate Americans of the dangers TBI has on these heroes as they protect our great nation in these trying times. Our warriors require our full support more than ever in this challenging environment.”

Trump’s Democratic rivals skewered the president for belittling the injuries suffered by troops wounded in the attack.

“A traumatic brain injury is life-threatening — not just at the time, but for the rest of your life. It can completely debilitate somebody who has served this country,” former South Bend Mayor Pete Buttigieg, a Navy Reserve veteran who served in Afghanistan, told CBS News. “For the president to belittle that kind of sacrifice — for the president who avoided serving, because he said bone spurs made it impossible for him to be able to do his part — to turn around and demean the experience of soldiers in harm’s way who were injured . . . is one more example of why Donald Trump has no business anywhere near the Situation Room.”

Former Vice President Joe Biden also slammed Trump’s comments, saying the hundreds of thousands of troops who have suffered brain injuries since the Afghanistan and Iraq wars began deserve “decency” from their commander-in-chief.

“There’s 300,000 people come back with post-traumatic stress from these wars. Twenty-one present and former military committing suicide a week in the United States of America,” Biden said during a town hall Saturday in New Hampshirey. “We only have one truly sacred obligation: to protect those we send to war, care for them when they come home and care for their families. And it requires the one thing — they don’t ask for anything. Just a little respect. Just to be treated with a little bit of decency.”