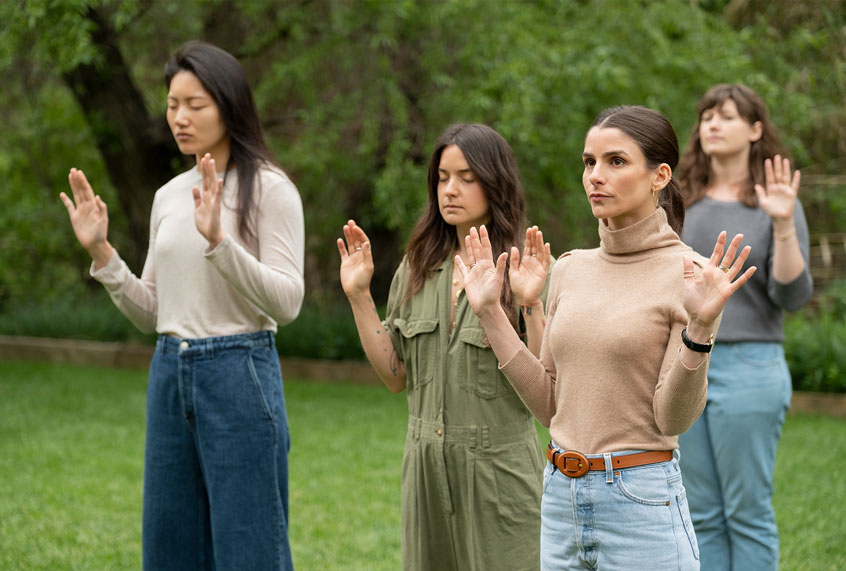 “What the f**k are you doing to people?” the slyly grinning Gwyneth Paltrow asks in the trailer for her new Netflix series, “The Goop Lab.” I’ve been asking myself the same about her for years now. I finally think I get it, though. Goop is a monster of our own making.

When Goop launched in 2008, it was a chatty newsletter, another little bon bon of thoughts and ideas for your inbox in the peak era of Daily Candy. Over time, it evolved into something else — a friendly, unapologetically new agey powerhouse lifestyle brand and a true pioneer in the field of “wellness” and “self-care,” as defined by rich, thin, blonde women.

Paltrow’s transformation from sun-dappled, Oscar-winning, pop star-marrying, Hollywood royalty to bestselling cookbook author to person whom a disturbing number of women trust for health advice has been a long time in coming. As a colleague observed recently, “It’s like she’s now assumed her final form.” I can think of few other entrepreneur/stars who so adroitly straddle her line of self-awareness and cluelessness. Goop’s own history of itself proudly notes the moment in 2013 when “Star Magazine calls GP the most hated celebrity the same week People names her most beautiful” and ends with the fanciful future date of its “first anti-gravity colonic.” “I am who I am,” Paltrow said in 2009. “I can’t pretend to be somebody who makes $25,000 a year.” That’s a statement that’s almost admirable in a weird way, but in another way makes you want to burn everything down.

Paltrow doesn’t really expect her acolytes to be $25,000 a year types either, though she has her share of low tax bracket rubberneckers, to be sure. I am admittedly one of them. A mere month ago, I was enthusing right here about a Goop approved dental floss. The brand appeals to the pipe dream that with just the colon cleanse, you too could get your metaphoric and literal sh*t serenely, vibrantly together.

Because I have my own unique health story, I am sometimes invited to talk to bigshots from hospitals and healthcare organizations about patient engagement. Most of them are great and sincerely trying to make an often needlessly complex, traumatizing experience better. And some of them just want someone to tell them how to get their patients to obligingly do what they tell them to do. The idea that the system is what’s flawed and in need of modification doesn’t really seem to enter their minds. And this, I think, is how we wind up with such alarmingly terrible alternatives.

Why are people using commercial genetic testing kits — regardless of very serious implications for their personal privacy and that of their families — instead of coming to see their doctors? Maybe because when you buy a genetic testing kit, you’re a consumer, not a patient? Which designation offers the appearance of more agency and control, and which sound painful and invasive? Why are parents falling for dangerous flat-out lies about vaccines and putting their children at serious health risk? Sure, it’s in part because gullibility and narcissism are a potent cocktail for many. But also, the routinized, impersonal nature of plenty of pediatric practices can be scary, especially to nervous new parents. Not every doctor does a great job of balancing clear science with basic empathy.

And then there’s just the overall crap way that patients — women in particular — are treated by the healthcare system. Their symptoms are brushed off, their pain minimized. It’s a system far crueler to women of color and the underinsured. But I don’t know a single female without at least one enraging anecdote. There’s the hospital that insisted a friend’s screaming young daughter keep getting up and walking around, after failing to note she had five broken ribs after an accident. There’s the gynecologist who delayed, then botched another friend’s surgery, a mistake that ultimately killed her. Another gynecologist, another friend, and a diagnosis based on longstanding and quite wrong information about female anatomy and sexual function that nearly killed her too.

I’d add the male doctor who sighed, when I came to the hospital after a miscarriage in my early 30s, “You yuppies think you have all the time in the world.” Or how I go for my therapy on a dark, cinderblock-lined floor that looks like a set from a horror movie that takes place in a prison. Last night, I was out with a friend who remarked how her schizophrenic sister, who lives in Europe, would likely not have been able to be hospitalized, nor have a job to return to, if she lived here in the U.S. This very morning, I met with my GP about a health concern and had to repeatedly ask him to explain the arcane medical terms he was blithely tossing around to refer to my body and my problem. I think of these things, and I begin to understand how women with more leverage in the world would be eager to explore friendlier-looking alternative options for their care, however crackpot they may be. Which brings me to that notorious candle.

I have no inclination to steam my vagina or put a jade egg in it or engage it any other Goopy nonsense. Nor do I concur with Gwyneth Paltrow that calling a $75 candle “This Smells Like My Vagina” is “a little bit punk rock,” no matter how many mosh pits redolent with the scent of genitals I may have flung myself around in back in the day.

But I do understand that women’s bodies and their aromas and their excretions are a subject of terror and disgust, not just in the big dumb general population but in the supposedly safe and protected one of medicine as well. I spent two years in an otherwise excellent clinical trial where I was asked weekly about my bowels and never once about my periods. Last fall, I had to have an invasive procedure, and the person doing my intake never once looked up from the forms in front of her, as if mortified on my behalf.

A brand worth a reported $250 million doesn’t happen in a vacuum. It’s not hard to see how someone — a woman — exhausted by a cold and impersonal system that treats her precious, amazing body as distasteful would be drawn to an apparently relatable yoga mom who also wants to chat about sheet pan dinners and eyelash curlers. Who offers the illusion of empowered emancipation. It’s not hard to see why opening up your chakras sounds more appealing than some once a day pill that’s constantly being peddled on Hulu.

Plenty of Goop’s sketchy, commerce-driven claims have been roundly debunked in recent years. In 2018, the company was ordered to pay $145,000 after claims regarding those infamous vaginal wellness eggs, as well as an “Inner Judge Flower Essence Blend” for depression, were found to be “unsubstantiated.” The company was also called out by NASA itself after it claimed its “Body Vibes” stickers were “made with the same conductive carbon material NASA uses to line space suits so they can monitor an astronaut’s vitals during wear.” A NASA spokesman said in 2017, “Not only is the whole premise like snake oil, the logic doesn’t even hold up.”

And yet, on “The Goop Lab,” a “body worker and chiropractor” says he can “influence how energy is moving so that your body can heal faster” and shares his hypothesis that “If you just change the frequency of vibration of the body itself, it changes how the cells regrow.” In another episode, Dr. Valter Longo, while warning of the serious dangers of calorie restriction, also notes that it “prevents completely diabetes and cuts cancer and cardiovascular disease in half.” Studies of controlled, well-monitored fasting are indeed exciting, but they are still often based on small groups and other variables, and nowhere near as decisively all encompassing as Longo casually suggests.

When you consider how emotional, divisive, and deeply high stakes the issues like insurance, pharmaceutical regulation, and the opioid epidemic have become – especially this election year – it’s not difficult to see the how how critical the conversation around our care has become. There’s a reason patients have lost faith in modern medicine. It’s easy to laugh off, or more likely shudder, at Paltrow’s “Goop Lab” promise of “optimization of self.” But know that this juggernaut exists because of the failures of so many other systems. “This series is designed to entertain and inform, not provide medical advice,” the show warns at the top of each episode. But in a world where patients where considered people and medical advice could also be entertaining and informative, we wouldn’t be suckers for a Goop Lab at all.

“The Goop Lab” is currently streaming on Netflix.

Long live Ser Brienne of Tarth: An argument for a “Game of Thrones” knight’s survival 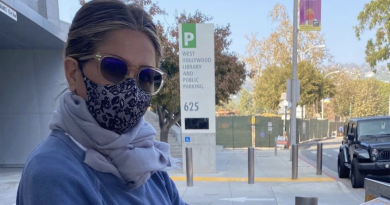 Jennifer Aniston Casts Ballot for Joe Biden and Implores People Not to Vote for Kanye West: ‘It’s Not Funny’

As groceries board up amid protests, food inequality worsens for communities of color

The Federal Elections Commission has questions for Sen. David Perdue