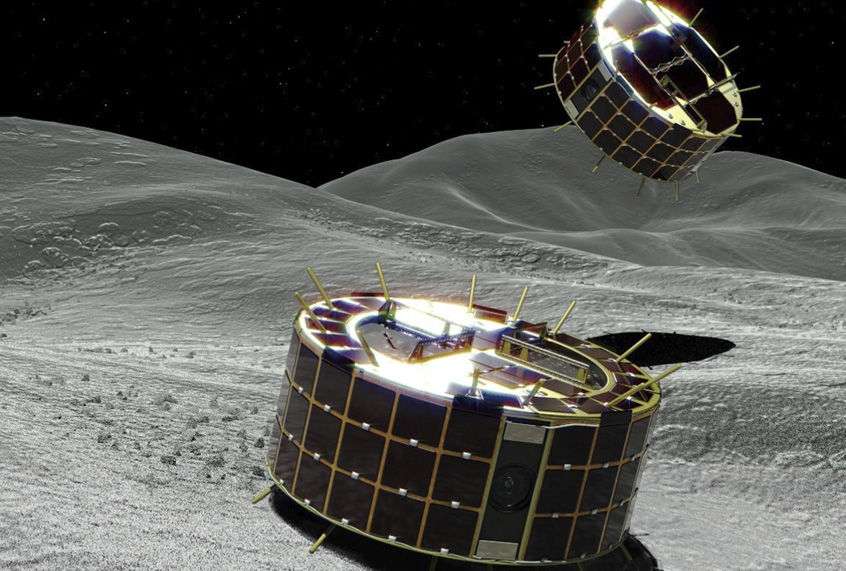 It tromps along without a care, until it bumps into an obstacle. Repeated shoves don’t seem to budge this roadblock. Left with no alternative, it squeezes in its midsection. It raises part of its body above the obstacle like someone hiking up the hem of their dress to step over a puddle. Now it can move over the obstacle and continue on its merry way.

This is not an animal but a robot. It’s capable of moving, changing its shape, and solving problems, all without the direct input of humans.

It’s an unconventional robot to be sure. Unlike what most people may expect them to be — heavy, rigid, unwieldy, this robot is thin and light, comprised of actuators on a flap of fabric about the size of the palm of your hand. Some variations have flexible electrical devices and sensors embedded onto the skins, allowing the robots to be preprogrammed to respond to the environment. Their inventors, led by Rebecca Kramer-Bottiglio at Yale University, aptly call their brainchild “robotic skins.”

These robotic skins are designed to envelope any soft material, ranging from the limbs of a stuffed animal to hollow frames, and imbue movement to their host. When the skins are oriented in different ways, the overall structure can create different motions: A foam cylinder wrapped with robotic skin can either push itself forward like a skier or wriggle like an inchworm. By removing and re-wrapping it around the same object, a user can re-purpose a single robotic skin to achieve a variety of motions for completing different tasks.

This versatility is especially useful if the task or the working environment is not known beforehand. And nowhere is more unpredictable and unfamiliar than outer space. Space exploration, the initial motivation for designing these robot skins, presents a unique set of challenges: besides having to navigate a terrain that humans themselves may have never set foot on, space may contain hostile environments that conventional robots can’t always be pre-programmed for. For example, they may need to move differently—hop or roll or crawl — depending on the terrain. Space robots also need to be lightweight to reduce the transport costs to lift them beyond the confines of Earth’s gravity.

Thinking outside the chassis

With initial funding from NASA, Kramer-Bottiglio conceived her robotic skins for outer space. But they are nothing like a clunky WALL-E; instead, they’re inspired by the fluid motions and adaptability of animals; flexible yet resilient. Moreover, Kramer-Bottiglio has taken several steps further away from the conventional rigid robot design by going 2D, towards the goal of slashing the mass and volume even more drastically

“[Robot skins] can be stored flat during transport and are very lightweight,” says Kramer-Bottiglio. “[They] are novel because they [can turn] any soft object into a robot by controlling it from its surface, which had not been done before.”

The first generation of robotic skins were capable of movement but not shapeshifting. Soon after, the lab revamped their skin robots to achieve the latter function when the skins are wrapped around mold-able materials. It’s hard not to admit that this new morphing version has become even more animal-like. But, like its predecessors, this design hasn’t been without a little help and inspiration from another unlikely source.

Dylan Shah, a graduate student in the Kramer-Bottiglio lab, observes a professional sculptor knead clay into various shapes. The sculptor works the clay into a four-legged structure approximately thirty times, with both her hands and then one hand. All the while, her adroit movements are filmed from above and the front.

Shah aims to design a new generation of robotics skins that can generate the same clay-sculpting motions of the sculptor. By wrapping the robotic skins around moldable materials, Shah and his colleagues have conceived a shape-shifting robot — the skin is to press on the moldable material like a sculptor’s hand would. The sculptor videos are helpful for Shah and colleagues to identify which hand motions are required to generate different shapes, such as thin long structures resembling legs.

“We learned two things,” says Shah. “First of all, the temperature of the clay is very important. [Sculptors] actually heat up the clay in order to make it more workable. Secondly, we noticed that the sculptor was doing a combination of pushing – like squeezing – and shear — smearing her fingers across the surface. The smearing is much more useful for making leg-like structures.”

Shah has yet to perfectly reproduce the smearing motion in skin-wrapped clay. However, he has devised several complementary motions to achieve the same effect. He and his colleagues are planning to rely on extrusion: the robotic skin can squeeze its host material into long thin appendages, just like pushing toothpaste out of a tube. It’s easy to take for granted the complicated motions human hands can make compared to a robot. These complex hand motions come naturally to even a child shaping Play-Doh for the first time. So why do the researchers insist on learning from a professional sculptor?

Not always the inside that counts

The robotic skins are like nothing the robotics community has seen, yet their characteristics are still far from those of a living animal. Instead of a free-roaming creature you may be picturing in your mind, the robotic skins and their hosts more closely resemble animals on leash, given that the skins are still tethered by actuator cables. Most of the robotic skins rely on changing the air pressures in pistons or air bladders to bend, so they have to be connected to a compressed air source. Shah’s version of morphing skins also uses threads attached to spools which cinch like a belt for actuation. Currently there are no straightforward solutions to replacing the cables.

While still nowhere near practical deployment, Kramer-Bottiglio’s robotic skins have been well-received for their conceptual novelty, expanding the design space for robotics. Her robotic skins challenge the common perception of what it means to be “robotic”.

After all, what maketh a robot may only need to be skin deep.

Webcast replay: Year-end is approaching. What our advisors want you to know

Susan Collins doesn’t “understand” why voters turned on her. Did she forget her impeachment vote? 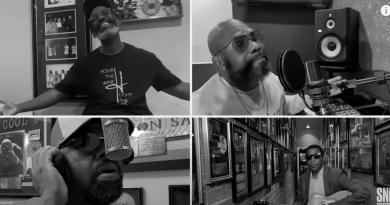