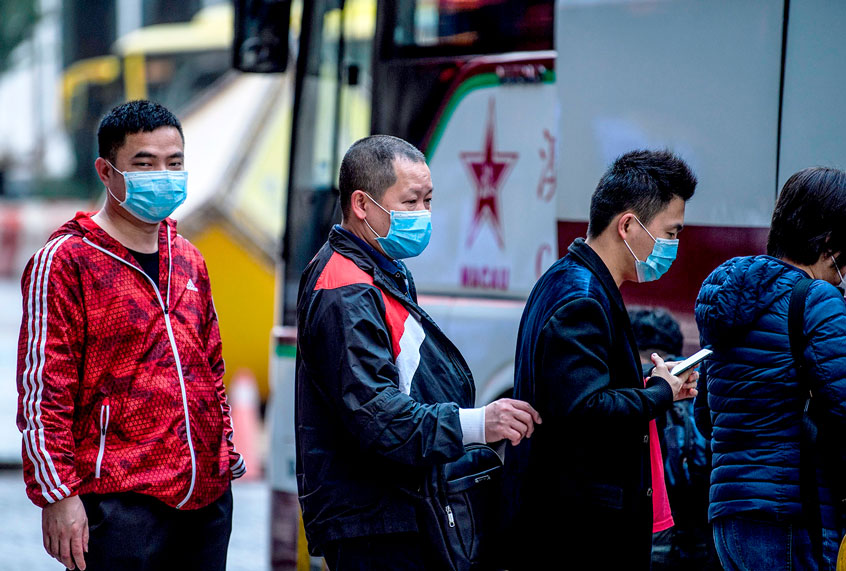 As with many modern diseases, the viral outbreak of a new coronavirus strain was accompanied by going viral online. Word of the infectious disease spread on Twitter on Tuesday via the “#Coronavirus” hashtag, just as news broke that the World Health Organization (WHO) was holding a meeting to determine if the new coronavirus strain, known as 2019-nCoV, constituted a global health emergency. On Wednesday, WHO officials said the body would meet again on Thursday to reassess in light of new evidence. Meanwhile, many travelers expressed anxiety about flying for the Chinese New Year — one of the busiest travel days of the year in Asia — given the virus’s origin in Wuhan, China. Many Chinese New Years celebrations were cancelled because of the virus. Health officials’ actions suggest that the virus is dangerous: Wuhan has been quarantined, and Chinese officials instituted a travel ban.

Certainly, some of the fear of the virus is warranted. Though the virus only surfaced on December 31, 2019, seventeen people are reported to have died from it so far, and there are over 500 others who are infected, including a case in the United States. There are reports of cases in Japan, Thailand, and South Korea, too.

Officials are actively studying the outbreak, though whether the Wuhan coronavirus constitutes a true pandemic is still unclear. Health experts know that the coronavirus in question causes a type of pneumonia, which means that the elderly and those with compromised immune systems are particularly vulnerable. Experts believe the virus originated at a wholesale seafood market in Wuhan, China, which may indicate that it is zoonotic, meaning it originated in an animal and crossed over to humans. China confirmed that it can be spread from human-to-human transmission at least.

Dean Blumberg, chief of pediatric infectious diseases and associate professor in the Department of Pediatrics at UC Davis Children’s Hospital, explained to Salon in an interview that viruses mutate all the time. Sometimes, he said, we end up in an unlucky situation.

“Commonly new viruses will be in animals, but sometimes the virus can mutate just enough that instead of infecting just animals they are transmitted to humans . . . then they [can] become very contagious,” Blumberg said.

Symptoms — which set in two to five days after infection — include fever, cough, shortness of breath, trouble breathing, body aches, sore throat, vomiting and diarrhea, all of which are typical for an upper-respiratory virus, like a cold. But health experts warn that if the Wuhan coronavirus travels into the lower respiratory tract, it may become deadly.

“There it can cause pneumonia, and that is where the deaths have been occurring,” Blumberg said.

Almost all of those who have died have been older people with preexisting conditions. Blumberg said it is important to note that such groups are at a higher risk of experiencing severe effects of the virus, though they are not at a higher risk of contracting it.

“As far as we can tell, it’s novel . . .  we don’t believe anyone has immunity to it,” Blumberg said. “The entire world is going to be susceptible; everybody is at risk for getting infected.”

Specifically there are three high-risk groups, Blumberg said: those over the age of 65; those who already have compromised immune systems due to having cancer or a therapy that can weaken the immune system; and those who have pre-existing conditions with an underlying illness in another organ system — like heart disease or diabetes.

As of Wednesday, only one case has been reported in the United States: a man in his thirties, who is reported to be in stable condition at Providence Regional Medical Center in Everett, Washington. The Washington Post reports he is being monitored — not because he is seriously ill, but out of caution. The patient had recently returned from Wuhan, and reached out to his healthcare provider when he started to feel sick.

Some American health officials are skeptical of the public information China is releasing regarding the virus.

“It makes it a little difficult when we aren’t getting all the information,” Sandro Cinti, a professor of infectious disease at the University of Michigan, told Salon in an interview. “I’m cautious and watching, but I haven’t changed much of what I do, and we haven’t at our hospitals yet either.”

If cases rise in the United States, Cinti said it will put stress on hospitals, as these patients will have to be put in isolation.

“We use the highest level of isolation [for Wuhan coronavirus] which is airborne isolation, and everyone has to wear a mask going in. It can be quite stressful,” Cinti said, adding that resources at hospitals might already be stressed during the flu season.

This coronavirus is being compared to Severe Acute Respiratory Syndrome (SARS) and Middle East Respiratory Syndrome (MERS), two comparable infectious diseases that caused minor panic when they were spreading. According to the Centers for Disease Control and Prevention, 774 people died out of the 8,098 people who were infected with SARS between 2002 and 2003. The severity of the new coronavirus compared to SARS is still unknown.

While everyone is at risk, there are things you can do to protect yourself, Blumberg said.

“Avoid being around sick people, it’s not always possible, but those who are sick are more likely to transmit it,” Blumberg said. “We aren’t sure if it’s transmitted in other ways, probably via touching if it survives on surfaces for some period of time we are not sure how long,” which is why washing your hands is a good idea, too.

Get over your Russia obsession, liberals: Vladimir Putin’s not responsible for America’s sorry state

A sweet Thanksgiving after all: America has rebuffed Trump’s assault on democracy