Isheri Estate residents in Lagos and Ogun have called on the state governments to do a proper channelisation of the community and provide basic infrastructure in the area to prevent future occurrence of the flood that ravaged the community in 2019.

They warned that “as it stands today, neither Lagos nor Ogun State could ever muster the resources needed to resettle the people who have built houses in the area, it is cheaper to solve the flooding issue than to contemplate the other options”.

In a statement by Chairman of Riverview Estate Residents and Stakeholders Association, Mr Abayomi Akinde, the residents said that the two state governments erred in allocating the land without first making provision for how water would be channelled in the community and without providing durable infrastructure.

The community however, said that it was not too late for the governments to do the right thing.

It said channelling the water now could be capital intensive but the area was capable of paying for its own development several times over if the two governments could come together and involve stakeholders that have a clear understanding of the issues at stake.

According to the residents, people were not complaining of flooding in the past because it occurred less frequently before the construction of the Oyan dam, adding that there were historical facts that the dam whose function included flood control had contributed significantly to flooding over the years due to its poor management.

The community said that any suggestion that people should give up their houses was in bad taste and an obvious sign of lack of compassion for people who innocently bought into government schemes, invest all of their savings to build a home without knowing the danger they faced. 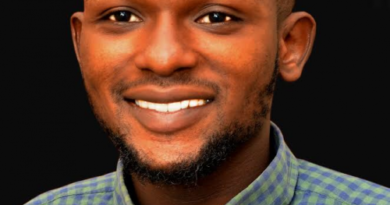 The Million-dollar Question For Buhari By Seun Awogbenle