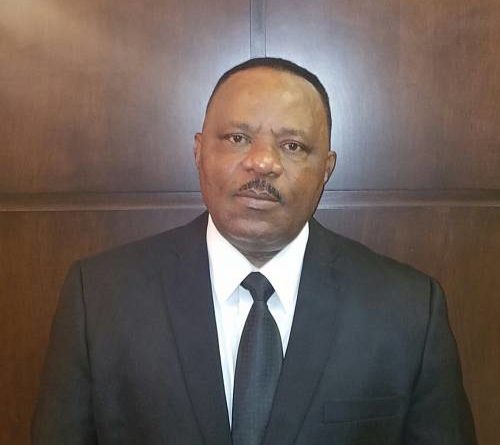 President Muhammadu Buhari deserves commendation for his new year pledge to reform Nigeria’s electoral process, but he should have gone further to admit that the exercise through, which he was re-elected for a second term in office was grossly flawed. He should have equally confessed that, by law, the degree of irregularity in the 2019 presidential election ought to have landed both himself (Buhari) and his main opponent, former Vice-President, Atiku Abubakar, in prison.

The problem is hinged on blatant violation of electoral campaign finance laws. Section 91 (1) of the Electoral Act 2010 (as amended) states that the “maximum election expenses to be incurred by a candidate at a presidential election shall be one billion naira (N1,000,000,000)” while 91 (9) follows that “No individual or other entity shall donate more than one million naira (N1,000,000) to any candidate.” Section 124 is specific with bribery, yet different shades of world currencies, beguiling gifts and honorariums, and other eccentric monetary rewards defined 2019 presidential election campaigns.

It does not take a Rotimi Williams to prove that Buhari and Atiku were in clear breach of the aforementioned sections. These, of course, should have culminated to multiple convictions of “imprisonment for 12 months” as stipulated in the Electoral Act.

An apparent paradox however, is that even if Buhari and Atiku were to be barred and jailed in the process, lack of funding ostensibly made it impossible for any of the minor candidates to garner enough votes or the electoral spread to claim outright victory or to even explore a second round of the election as required by the law.

The problem with campaign finance had remained unspoken because it is as banal as Nigeria’s endemic corruption. This goes without saying that flouting campaign finance laws did not start in 2019 with Muhammadu Buhari and Atiku Abubakar. In short, most major party candidates since the 1999 transitional elections from councillor to the presidency, including Olusegun Obasanjo, Umaru Yar’Adua, and Goodluck Jonathan, were as guilty or even worse.

This explains why Attahiru Jega, erstwhile chairman of the Independent National Electoral Commission, had to confess that even though the Electoral Act empowers the commission to monitor sources and nature of funding, the “INEC does not even have a desk that handles campaign financing.” Jega remarked that significant improvement had been made since he came on board but also prayed that future leadership should focus on strengthening internal party democracy and campaign money.

Unfortunately however, the trajectory of electoral progress stalled under President Buhari. Of course, his latest promise to reform the system remains welcome but such vow is far from novel. After all, not long after assuming democratic power, the president proclaimed in 2016 an eagerness to reform the same electoral laws. But he did just the opposite. Any objective book on 2019 elections is bound to chronicle how Buhari backpedalled the wheel of Nigeria’s democratic journey by refusing to sign into law new reforms to the Electoral Act, including campaign finance.

To that end, even the widely celebrated “Not Too Young To Run bill” signed into law to reduce the age limit for standing electoral office in the country, became an exercise in futility. Apart from the children of the rich, who benefited from the bill during the 2019 electoral cycle; the very masses including the ordinary youth, had no chance as money determined who vied, who won, and who lost the elections.

The need to curb illegal money in Nigeria’s election campaign cannot be overstated, especially considering that the problem is central to elitist corruption. Therefore, as a president whose sole claim to power was to fight corruption, Buhari can still seize the moment and go forth to lay a strong foundation for clean money in Nigerian democracy, with special attention to serious consequences for violation of electoral laws.

A tenable way forward is sincerity of purpose. Buhari can borrow from the examples of Presidents Yar’Adua and Jonathan. Not only did Yar’Adua acknowledge that the process that brought him to power was tainted, he also did something about the problem, leading to an impartial INEC Chairman and the 2010 Electoral Act that followed. Jonathan went further to ensure the free and fair elections of 2015 that made it possible for the gladsome history in which a Nigerian opposition candidate defeated an incumbent president, even though he would become the sacrificial lamb.

Where art thou, President Buhari?

Now is an opportunity to equally bequeath a memorable legacy by occasioning a revolutionary change. As I had promoted in the past, given that illegal campaign money in the country is explicitly or implicitly looted from the public treasury, Nigeria might as well adopt full public funding for inter-party elections. This proposal is well studied. It profoundly promotes the vitally essential competition component of democracy. It is consistent with the recommendations put forth by renowned organisations, such as the International Institute for Democracy and Electoral Assistance and the International Foundation for Electoral Systems. The proposal also mirrors the McCain-Feingold legislation in the United States of America—without the choice for individual contributions.

SKC Ogbonnia, a 2019 APC presidential aspirant, is the author of the Effective Leadership Formula