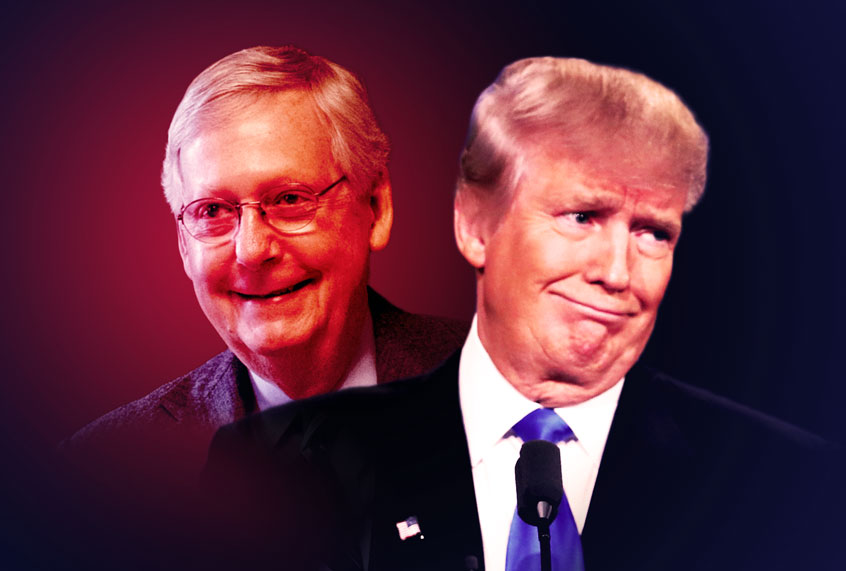 Senate Majority Leader Mitch McConnell can hardly be bothered to pretend he intends to fulfill his duty to hold a fair trial of Donald Trump. Instead, McConnell is planning to thumb his nose at both justice and democracy, nakedly moving to cover up Trump’s blatant criminality, all in a bid to keep Republicans in power against the will of the majority of Americans.

In December, Trump was impeached for trying to cheat in the 2020 elections by way of a blackmail scheme against Ukrainian President Volodymyr Zelensky. Over the weekend, the House released a 111-page document detailing the case against Trump and arguing “the evidence overwhelmingly establishes that he is guilty” and that, if Trump is not removed, he will continue to “corrupt free and fair elections, betray our national security, and subvert the constitutional separation of powers — all for personal gain.”

This is, as anyone who watched the House impeachment hearings can attest, something of an understatement. Attached to the memo is a whopping 60 pages laying out the facts establishing that, for months, Trump and his goons from both inside and outside the administration repeatedly impressed on Zelensky that the U.S. would withdraw both material and political support for Ukraine’s struggle to remain independent from Russia unless Zelensky participated in Trump’s effort to falsely accuse former Vice President Joe Biden, a leading contender for the Democratic presidential nomination, of corruption.

With this much evidence against Trump, there is no way for McConnell to hold a trial that shows Trump as anything but guilty — and therefore to show that every Republican who votes for acquittal is themselves corrupt for participating in a cover-up. So his plan is to not to hold anything that resembles a real trial.

McConnell’s proposed “trial” format would only allow each side 24 hours to make their case. But the real kicker is that this 24 hours would have to be crammed into two days, meaning that each set of arguments would span 12 hours and likely run into the early morning hours.

The purpose of this is clear: To make sure that as few people as possible, including journalists, actually watch the arguments. Even those with the strongest constitutions will struggle to stay alert and engaged for a full 12 hours. Most people even had to break Martin Scorsese’s “The Irishman,” with its 3-1/2-hour running time, into a two-day chunk to get through it.

McConnell is also waging an all-out war against evidence, since facts are the enemy of maintaining the pretense that — don’t laugh now! — Trump could be innocent. McConnell has made it clear that he objects to calling any witnesses, as even the witnesses who were supposed to help Trump’s case during the House hearings just ended up making him look guiltier. Trump himself has flat-out commanded members of his administration to refuse to respond to subpoenas, since no matter how loyal they may be to him, there’s no way to spin what Trump actually did that don’t make him look terrible.

McConnell’s hostility to evidence is so off the charts that he’s even going to hold a vote on whether to allow the House to hand over the evidence it collected in the impeachment investigation to the senators who are supposed to decide the case. In the previous impeachment trial of Bill Clinton, such evidence was handed over without question.

Speaker of the House Nancy Pelosi responded by declaring, “McConnell’s process is deliberately designed to hide the truth from the Senate and from the American people, because he knows that the President’s wrongdoing is indefensible and demands removal.”

Senate Minority Leader Chuck Schumer concurred, calling McConnell’s resolution “a national disgrace,” and adding, “A trial where no evidence – no existing record, no witnesses, no documents – isn’t a trial at all. It’s a cover up, and the American people will see it for exactly what it is.”

There’s strong evidence that Schumer is right. A CNN poll released Monday shows that more than half of Americans believe Trump should be removed from office, and nearly 70% want the Senate to hear from witnesses.

(Weirdly, some who want witnesses are Republicans, who presumably think airing the evidence might exonerate Trump. That’s a strange belief to hold when it’s clear that both Trump and McConnell are blocking as much evidence as possible, out of the obvious fear it will just make Trump look even guiltier than he does, if that is even possible.)

In the face of so much public support for a fair trial and a good-faith vote leading to Trump’s removal, it’s a little surprising that McConnell is so cavalier in his scorn for justice. Like Trump, the Senate’s head honcho is betting that it doesn’t really matter if the majority of Americans oppose Republicans.

That’s because, due to the Electoral College, voter suppression, and disproportionate representation in Congress — especially the Senate — Republicans have been hanging onto power despite routinely getting fewer votes than Democrats. It’s not just that Trump was able to eke out an electoral win in 2016, despite getting nearly 3 million fewer votes than Hillary Clinton. It’s also true that underpopulated rural states get the same number of senators as densely populated urban states. Wyoming gets two, Nebraska gets two and California gets two — but those first two states, taken together, have a smaller population than the city of Los Angeles all by itself. Democrats racked up 12 million more votes than Republicans in 2018 Senate races — and Republicans not only held onto power, but increased their majority from 51 to 53 seats.

This isn’t a country of majority rule, but increasingly one where a shrinking minority of white people in rural and suburban areas are able to dominate the rest of us. Those people disproportionately adore Donald Trump, because he tells them, day in and day out, that they deserve to have minority rule, because the Americans who don’t look like them and don’t live where they live don’t actually count as real Americans. Just as Trump voters believe they deserve to rule despite being nowhere close to a majority, they also believe that Trump should be president (perhaps as long as he wants), no matter what crimes he commits. McConnell feels comfortable in his contempt for justice and democracy, because the voters he’s trying to please hold those things in contempt as well. 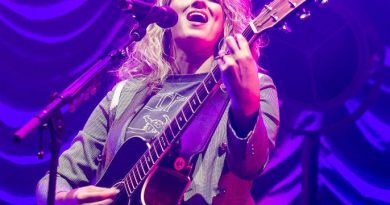 Who Is the Seahorse on The Masked Singer?

Rise and fall of a mini-Trump: With Florida a global epicenter, Ron DeSantis can shut up now