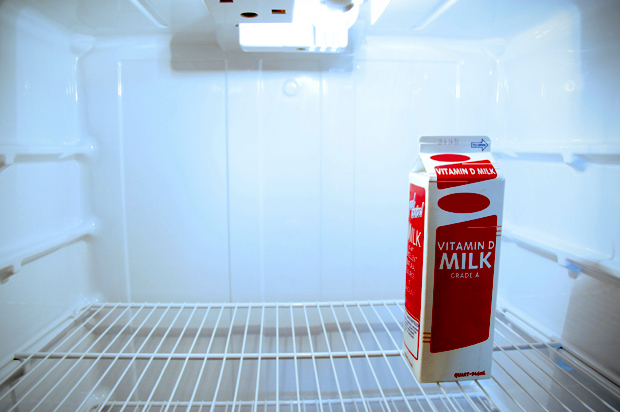 For years, Montreal resident Brent George bought replacement water filters for his refrigerator from a local appliance store. Then one time he turned to Amazon, where he often shopped for other products. Besides being more convenient, the online filters he selected — sold by a third party and not by manufacturer Whirlpool — were also cheaper.

Ultimately, George got more than he expected: an introduction to the hidden and potentially harmful world of counterfeit refrigerator water filters. Many consumers may be unaware of the risk of buying fake filters online, but sources in law enforcement and the appliance industry say it’s significant — and likely growing.

Refrigerator filters are an attractive target for unscrupulous sellers looking to make a quick buck. They’re pricey (typically up to $50), purchased every six months at the behest of large corporations, and often difficult for consumers to evaluate.

By slapping some labels, packaging and fake certifications on lookalike filters with little functionality, then selling them online at discounted prices — directly to consumers or via intermediaries who may not always be in on the act — counterfeiters can undercut legitimate manufacturers and still turn a profit.

Fake filters “in the millions”

They may also be putting consumers at risk by selling filters that are not merely ineffective, but unsafe. Along with failing to do what they claim, counterfeits can introduce chemicals such as arsenic, a carcinogen, and octane, a petroleum-derived solvent, into users’ drinking water, according to a May 2018 report from the industry group Association of Home Appliance Manufacturers.

The organization representing more than 100 appliance brands and suppliers has argued for better protections against fake filters in meetings with Amazon, the Consumer Product Safety Commission, the National Intellectual Property Rights Coordination Center and the White House, said Jill Notini, the group’s spokeswoman. Its efforts have stirred interest in the issue, she said, but not much action.

Neither the association nor three major filter manufacturers could tell FairWarning how much counterfeiting costs the companies in lost revenue. But Notini said the group estimates the number of fake water filters to be “in the millions.”

And the threat appears to be increasing. Between 2016 and 2018, seizures of fake refrigerator water filters at U.S. ports grew considerably. In all, Customs and Border Protection seized more than 150,000 such products or related parts in dozens of cases nationwide, according to the agency’s most recent data, provided to FairWarning.

In July, customs officers at the Los Angeles/Long Beach Seaport, which accounts for 43 percent of all cargo entering the United States, seized 5,200 counterfeit filters from a shipment of various products sent from China to an address in Washington state.

Notini said she understood that the filters, which mimicked the brands Brita, GE, Frigidaire and PUR, were headed to a known Amazon seller. Customs and Border Protection spokesman Jaime Ruiz confirmed only that the products were intended to be sold “in an online store.”

Packaging can be tip-off

Soon after George received his two new filters in the mail, he began to suspect that something was wrong. “When they showed up, they were suspiciously wrapped,” he said in an interview with FairWarning. The hard plastic shell and softer plastic wrap looked “sloppy” and bore water spots, almost as if they or the filters had previously been used.

“And I distinctly remembered holographic stickers on the ones I bought before, and suddenly I noticed that was missing,” he said.

George said he reached out to Whirlpool to ask if there was any chance a legitimate replacement filter would lack a holographic sticker. He was told no. After reporting the alleged fraud, he received a refund from Amazon and a contrite note from the seller. He discarded the filters before they ever reached his fridge.

Many other consumers may not be so lucky, though it is difficult to say how many. Counterfeits by their very nature are difficult to track, especially when they’re not expected — as is often the case with replacement water filters. Most probably go undetected, Notini said.

Buyers who suspect they’ve been duped may reach out to the seller, the marketplace, the manufacturer of the copied product or various government agencies. What happens next varies – from criminal prosecution to a slap on the wrist.

In the case of the July seizure in Los Angeles, the importer was not prosecuted but likely lost a lot of money, said Ruiz. “We believe that this would deter the importer to try to smuggle filters again.”

Ferreting out fakes at the nation’s ports is a complex and daunting process with the arrival every year of 11 million containers at sea ports, 10 million coming in on trucks, and another 3 million by rail, he explained.

Officers track every container and its contents electronically. They use “sophisticated targeting systems” to call attention to new businesses and changed addresses or product types, Ruiz said. “Anything in the system that could create an anomaly raises a red flag.”

If counterfeits are found, they are seized and destroyed. “Our goal is to facilitate and expedite trade, but we also want to make sure products are in compliance with U.S. law,” Ruiz said.

But the agency isn’t keeping pace with online counterfeiters and needs to coordinate better with the private sector, according to a 2018 report by the U.S. Government Accountability Office. “Sharing additional information about seized items with rights-holding companies and e-commerce websites could improve enforcement,” the report stated.

According to the report, one lab found that all 32 counterfeits it tested failed to meet advertised standards for lead removal. Another lab tested eight filters for removal of the microscopic parasite Cryptosporidium parvum, a common cause of waterborne disease in the United States, and again none passed.

The third lab soaked 46 filters in clean water to see if they’d leach new chemicals. Some, but not all, contaminated the water with a total of ten different compounds — including, in one case, arsenic at levels approaching federal drinking-water limits.

Amazon largely relies on two programs called Brand Registry and Project Zero to keep counterfeits off its site, whether that means water filters or handbags, said spokeswoman Fan. Both require manufacturers and brand owners to be proactive by providing detailed product information and reporting suspected fakes for immediate removal.

“We absolutely don’t want counterfeit products, and so there’s a lot that we do, but ultimately, brands are going to know their products better than anybody else,” she said.

A separate system scans product reviews for claims of inauthenticity, which can then be investigated, Fan added.

Amazon’s policy for sellers requires that all water filters be certified to current standards by one of a handful of reputable outfits. But that doesn’t stop sophisticated counterfeiters from faking that, too, reproducing the National Sanitation Foundation’s widely trusted “NSF” logo, said Notini.

The e-commerce and auction site eBay — where a recent search for “refrigerator water filter” turned up more than 25,000 listings, representing untold numbers of individual filters — doesn’t have any special policies for filters at all. According to a spokeswoman, the company primarily depends upon customers and brands to report suspected fakes.

“Our company is seeing an increased trend in direct shipment of counterfeits, from foreign sellers to U.S. addresses,” Wood said. “We have seen several discount websites that we believe advertise, perhaps unwittingly, counterfeit or deceptive knock-off water filters.”

In the last year alone, officers have seized almost 14,000 counterfeit GE-branded refrigerator water filters at the nation’s ports, she added.

Jillian Hillard, director of ownership marketing for Sweden-based appliance manufacturer Electrolux, said that in addition to buying straight from the company, customers seeking a sure thing can use a search function on its website to locate authorized retailers, many of which also sell filters online.

In hopes of slowing counterfeiting’s spread, Electrolux and its U.S. subsidiary Frigidaire are both working to raise its profile. Newly released educational videos and other materials are designed to “let consumers know that they have to be aware of counterfeits and knockoffs, and what the key criteria for spotting them are,” Hillard said.

In addition to costing less, fake filters often weigh less and come in similar, but poorer-quality packaging. The product, packaging or online listing may also contain misspellings or other typographical errors.

Notini, who leads the appliance-manufacturers association’s anti-counterfeit efforts from Washington, D.C., is prepared for a protracted battle.

“The counterfeiters try to stay one step ahead,” she said. “We’re trying to beat the drum because it’s not an issue that’s going to go away.”

What’s a realistic rate of return to expect over the next decade for a balanced portfolio? 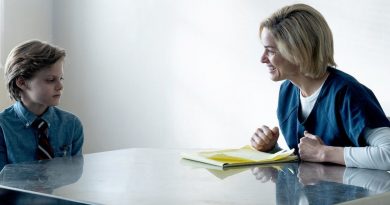 Dirty John Season 2: Where Are The Four Broderick Children Now? 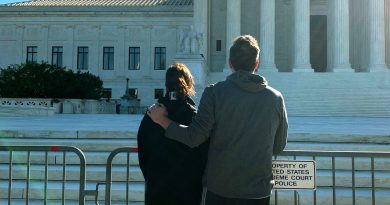 Listen to article Out of no how, they provide the means. Out of desperation, they calm us. Out of loneliness,