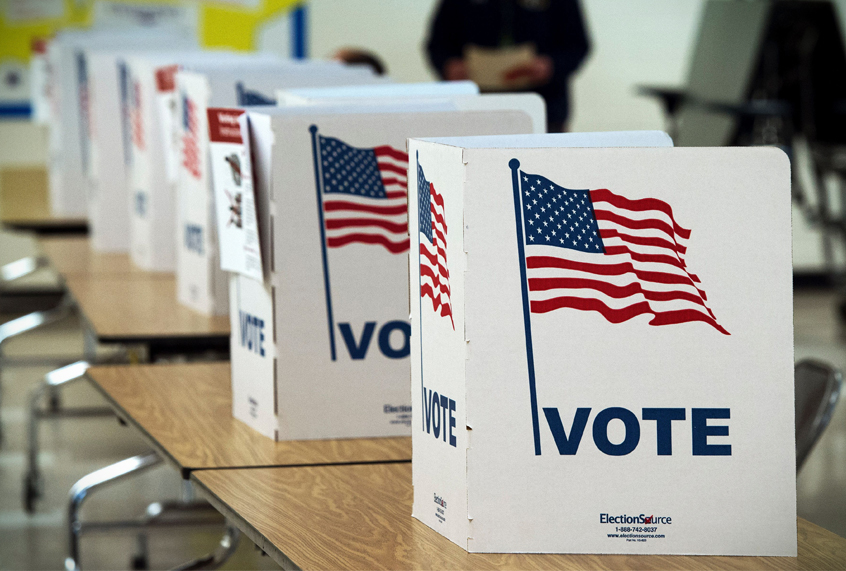 At least 40% to 90% of American voters stay home during elections, evidence that low voter turnout for both national and local elections is a serious problem throughout the United States.

With the 2020 presidential election approaching, directives for people to “get out and vote” will be firing up again.

Some people might be indifferent or simply not care, but many who forgo voting have legitimate reasons.

Over the past decade, through my extensive research on civil rights and oppression, through my observations of social media comments and through my conversations with hundreds of college students, I have concluded that such reasons are both important and, generally, unnoticed.

Republican-led efforts to diminish participation in voting and voter registration have greatly contributed to the number of nonvoters.

Sometimes lawmakers said these were necessary to curb illegal voting, which research shows is an all-but-nonexistent problem.

Some counties and states have also created confusion and uncertainty about how to initially register or re-register after a voter has moved.

In other cases, people might not know where to vote, due to the distribution of deliberately false information.

Since the U.S. Supreme Court ruled in Shelby County v. Holder in 2013 that key aspects of the Voting Rights Act of 1965 were unconstitutional, states have closed over 1,000 polling locations, half of these in Texas.

Some people decide to forgo voting.

I hear again and again that sometimes people make such choices because they were intimidated by friends, by family members or by people at polling places.

When facing the complexities of races with dozens of candidates and complicated issues, others say they don’t feel they know enough to make informed decisions.

People have also told me they worry about feeling personally responsible if they vote for a candidate or position and there are unforeseen consequences, such as cuts to important aid programs. Members of any group, but especially those of underrepresented groups, may long to vote for desirable candidates but not feel that current candidates offer the possibility that anything will really change.

Individuals have shared with me that they have not voted because they do not trust a nation that they feel has lied and perpetuated systemic abuse against minorities, aggravated further by widespread gerrymandering and for presidential elections, by an Electoral College system that doesn’t weigh each vote the same.

In France and India, for example, people who dislike all of the candidates can formally “vote” without endorsing any candidate by selecting “none of the above.” Not having this option in the U.S. might affect turnout, too.

For others, voting may simply be too difficult.

I often hear of people who — even with early voting or absentee options — cannot vote because they lack transportation. They are homeless. They lack child care. They are disabled. They work, go to school and live in different cities.

This is even more applicable for the 7 to 8 million in the U.S. who hold multiple jobs. Laws guarantee time off for voting but aren’t enforceable and aren’t always workable.

Such people are effectively disenfranchised.

Only nonincarcerated, mentally competent, registered citizens of age can vote.

Based on 2015 data, the right to vote was not extended to an over 13 million people with green cards, work visas or refugee status. Given the total population of people 18 and older exceeded 248 million in 2015, one out of every 20 adults living, working and spending money in the U.S. was not eligible to vote.

As discussed in the books “The New Jim Crow” and in “Race, Incarceration and American Values,” an additional 6 million Americans cannot vote because of felony convictions, an issue that disproportionately affects black people. In some states, this disenfranchisement remains in effect for life.

Given the legitimacy of reasons why they don’t participate, nonvoters certainly shouldn’t be scolded with, “If you don’t vote, you can’t complain.” Or with even harsher words, as one friend on Facebook put it: “If you don’t vote, everything wrong in the world is your fault.”

People long to be heard and deserve fair representation. Instead of bashing nonvoters, I recommend taking some deep breaths and initiating friendly conversations. Listen and learn. At a time when public trust in government is at historic lows, such conversations might even encourage someone to demand a voice.

Behar exposes “sad truth” about some Trump voters: “They don’t want health care if you get it also”

How to un-rig an election: In “Slay the Dragon,” citizens fight back against gerrymandering

Social Influencer Tochukwu Karen Obiwulu Celebrates Birthday with Beautiful Pictures. The Popular Likes4Likes Instagram Queen is Plus one today and