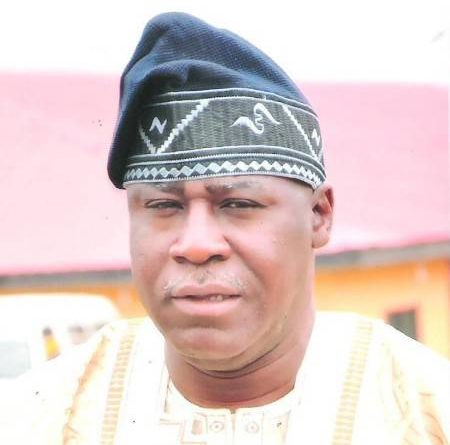 Everywhere I go, they use Obafemi Awolowo as reference of and for all things. They point to his morality. They celebrate his achievements. They speak glowingly about him. They talk about him in awe. They have turned him into a god. No discussion ever takes place on any matter without him being referenced. Awo this, Awo that! Awo this, Awo that!

He founded Nigerian Tribune, I founded my own newspapers, too. I even have magazines published in some of my stables, which he never did.

Okay, Awo brought television to Africa. I know he did it first. But he only did it for the Western Region then. But I own a network of several television stations. I believe they are not even giving me enough respect for surpassing him.

Someone had told me that Awo built housing estates in Bodija, Ibadan, and Ikeja in Lagos. As landlord of Lagos State, I personally own more than the two estates put together. I also have properties outside Nigeria and in choice parts of the world.

Simply because Awo brought Redifusion to Africa, they are also crediting him with the first radio station in Nigeria. Every time I hear that, I just laugh out loud. Do you know how many radio stations I own? I don’t have to say out the number. I don’t want to give the impression that I am proud.

Every time they would talk about Awo’s free education program. Who needs that free education any more? There are many like me, who never even attended any known primary school, but we are smart enough to achieve all we want to achieve.

They are also fond of talking about free medical care of Awo.In a situation where I could get fantastic health services from India, Germany, UK or elsewhere, why take on the headaches of free medical care?

One of my advisers informed me that Awo introduced minimum wage in the old Western Region. Well, we could congratulate him for that. There was no need for me to do something like that when I was in office.

Liberty Stadium? There is nothing special about that except that it was the first one. I had three famous ones in my jurisdiction. Though, I did not build any. I didn’t have to. I had three great ones. Everybody knows them and I don’t have to name them.

Another adviser of mine told me to write a book. He had called my attention that Awo wrote about 15 books or so. I didn’t and still don’t see any need for that. I have many intellectual goons, who could write for me or write about me. I have delegated that responsibility. Delegating responsibility is a hallmark of a great leader like me.

What I dislike most is that they talk about Awo as if he is special. I don’t think so. I have done many things he was never able to do. I have organised a coalition that removed an incumbent president from office. Was Awo able to do that? He did not even come any close.

I have even selected a vice president for Nigeria. Yes, I have done that. Did Awo ever do that? Was he that smart? I don’t want to sound as if I am boasting. I am a political genius. Awo is not close to me in any way. Let’s just forget it. You know I am a very humble person.

Then they try to belittle me all of the time. They claim no one knows my primary school’s address. That they searched for it they could no find it. I just laughed. The point is that I am the smartest politician in the history of Nigeria.

Others complain that I claimed that I attended Government College, Ibadan. They are upset that I couldn’t remember the year I attended or remember the name of my principal. Some of them were even asking me to name any of my classmates. What has all that got to do with my greatness?

Many of them even accused me of forging my university certificate. Some of them call me “Mr Chicago,” out of malice. The bottom line is that I was in Chicago. No one could deny that. It is not my fault that Awo never had the good fortune to be in Chicago like me. People are just jealous of my achievement.

When all is said and done, they look around on what to say about me, they would raise the issue of drug peddling. They call me so many names. I was never convicted of any drug crime anywhere on the surface of the earth. I have never been jailed anywhere for any reason. But Awo was jailed anyway, whether politically motivated or not.

Look, I am greater than Awo. There is no question about it. Some people don’t like this idea. But there is nothing they could do about it. When in 2023, I become the President of Nigeria, it would cement my greatness over Awo because it goes without saying that he was never the president of Nigeria.

I am greater than Obafemi Awolowo.

A fourth-year student of the Regional Maritime University, Tema, Raphael Olakunle Awosika, has won this year’s African Organisation for Standardisation