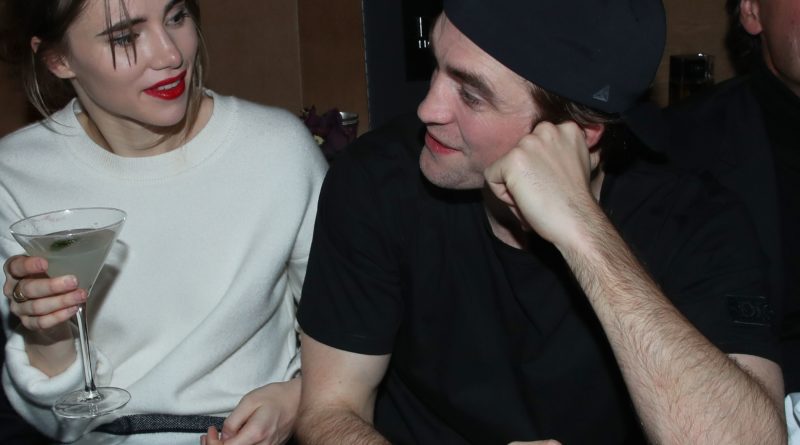 Suki Waterhouse and Robert Pattinson are rumored to be engaged, per the Daily Mail. At a Dior dinner party in Paris on Friday, Waterhouse cozied up to her boyfriend at the dinner and was wearing a ring on her left ring finger. Businessman Jonathan Newhouse joined them at their table.

Pattinson and Waterhouse were first seen together in July 2018, while they were kissing on the streets of London. They also caught a viewing of Mamma Mia Here We Go Again (a solid choice) and hung out at SoHo House until 1 a.m.

In April 2019, the Sunday Times asked Pattinson about his romantic life with the British actress, and instead of providing any details, he simply spoke about why he chooses to lead a private life.

“If you let people in, it devalues what love is,” he said. “If a stranger on the street asked you about your relationship, you’d think it extremely rude. If you put up a wall it ends up better. I can’t understand how someone can walk down the street holding hands, and it’s the same as when I do it and a hundred people are taking your photo. The line between when you’re performing and when you’re not will eventually get washed away and you’ll go completely mad.”

The two are so official now that they are going on double-dates with another visible British-American couple: Joe Alwyn and Taylor Swift. PerUs Weekly, the four went to San Vicente Bungalows in Los Angeles in late May of last year.

“They were at a table, just the four of them. Rob and Taylor were across from each other,” a source told Us then.

Pattinson and Waterhouse have yet to confirm whether they are planning to tie the knot, but they seem pretty happy together, and that’s a good start.