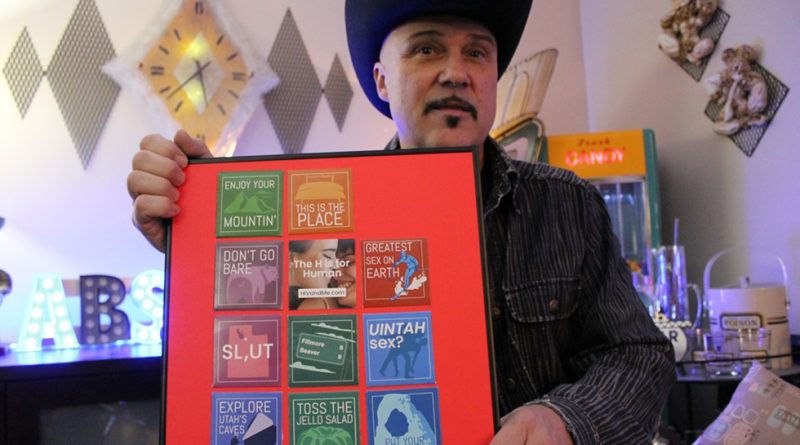 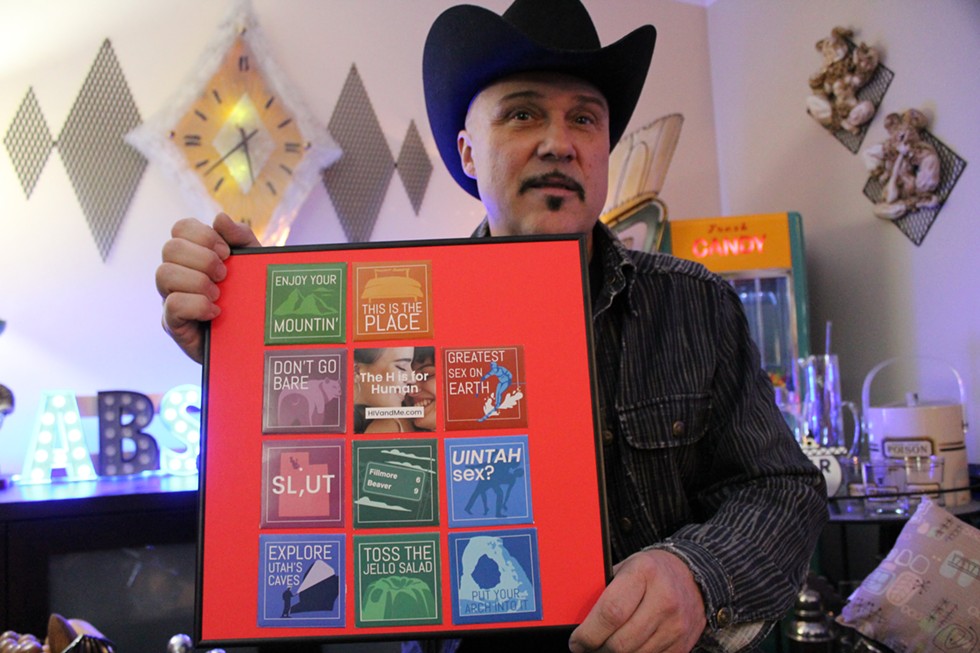 Michael Sanders’ phone has been quite active during the past 48 hours. The main request flooding the HIV educator’s line and social channels? Eager locals trying to get their hands on condoms emblazoned with Utah-centric slogans like “Uintah Sex?” and “Put Your Arch Into It.” The prophylactics, part of a first-of-its-kind statewide HIV-prevention campaign, “The H is for Human,” were pulled by order of Gov. Gary Herbert on Wednesday—two days after the campaign’s launch.

“The Governor understands the importance of the Utah Department of Health conducting a campaign to educate Utahns about HIV prevention,” a prepared statement from Herbert said. “He does not, however, approve the use of sexual innuendo as part of a taxpayer-funded campaign, and our office has asked the department to rework the campaign’s branding.”

In a statement of its own, the UDH called the packaging “offensive” and regretted “the lewd nature of the branding.” The agency’s about-face included a continued commitment to run a comprehensive HIV-prevention campaign; albeit one “that better respects taxpayer dollars, and our role as a government agency.”

“It’s condomgate!” Sanders, a member of the Utah HIV planning committee, who came up with some of the cheeky puns, tells City Weekly. Others in the committee include representatives from the Utah AIDS Foundation and the University of Utah’s Clinic 1A. “This is not a bunch of liberal kooks,” Sanders says. “These are healthcare professionals.”

Sanders says the designs were “meticulously approved” by the health department, and stresses that the controversial contraceptives were “funded 100%” by combined grants adding up to $353,000 from the Centers for Disease Control’s Integrated HIV Surveillance and Protection programs and the Ryan White HIV/AIDS Program.

A total of 130,000 condoms were ordered by the Utah Department of Health thanks to the federal endowments. Before the recall, some 42,000 had been distributed across the state’s 13 health departments and other organizations. Sanders says he personally dropped off “500 around town” to places like The Sun Trapp, the Utah Pride Center and the Logan Pride Foundation. The fate of the surplus 87,500 units remains unknown. Though, if Gov. Herbert—who isn’t seeking reelection—wanted to go out with a bang, he could easily stage the world’s most epic water balloon fight at the Capitol to commemorate the state legislative session kickoff later this month.

As expected, the oh-so-Utah move made national and international headlines.

The activist wishes more of the coverage would focus on the yearlong development of The H is for Human. “It wasn’t about giving out condoms,” Sanders says. “It was about creating something that people would pick up that would have the website address on it to direct people to [it] to get HIV information. We could have done mouse pads or pens or something, but we did condoms,” the advocate continues. “In order for people to pick up a condom—especially in places that [offered] condoms already, they needed to have some kind of a punch to them.”

The condom component wasn’t the only element of the campaign affected by the governor’s move. On Thursday, Sanders noticed that the website associated with it, HIVandMe.com, had gone dark. He also got word that billboards tied to the initiative along Interstate 15 had been yanked.

The news was confirmed to City Weekly by UDH public information officer Jenny Johnson, who said the program as a whole is “under a re-assessment.” Johnson said the department hoped the move would be temporary, and the future of the stored condoms, as well as other assets associated with the campaign, will be determined next week, once staff performs “a systematic review of them to ensure the branding and messaging is appropriate.”

“It’s absolutely ludicrous,” Sanders says of the spillover effect. “Utah has never had state HIV information or education—ever. I think that when the governor got wind that we were doing this thing as a statewide initiative, he just used this as an excuse to shut it down, because ultimately, they want an abstinence-only point of view.”

Those inclined to infuse their sexy time with a side of home-state pride can print sleeves at home courtesy of KJZZ’ Jennifer Weaver, who shared Love Communications’ now iconic designs online. The digital condom cache was posted on the Salt Lake City reddit page by user MatchaBun.

For now, that might be the only option for people clamoring for the collectibles, as Sanders has the lone remaining set out in the wild, “I’m going to take what I have, put them together, frame them and auction them off for charity—probably for the Utah AIDS Foundation,” he says, pausing. “I just want to make sure I don’t get in trouble for doing it first.”

Whatever the health department chooses to do with the branded condom bounty and other campaign components in the next few days, Sanders remains committed to his boots on the ground advocacy—spreading the gospel on education, prevention and ending stigma surrounding those living with HIV with messages like Undetectable = Untransmittable.

“I’m an HIV activist and I will continue to do the things that I do,” he says. “This will not stop my activism. This will just redirect it.”