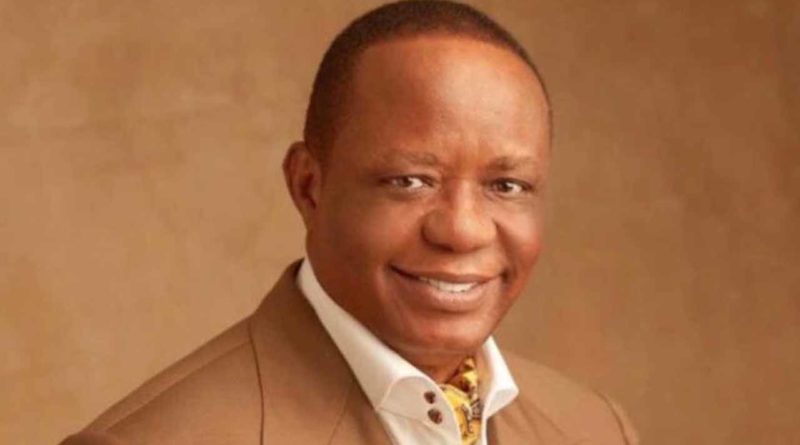 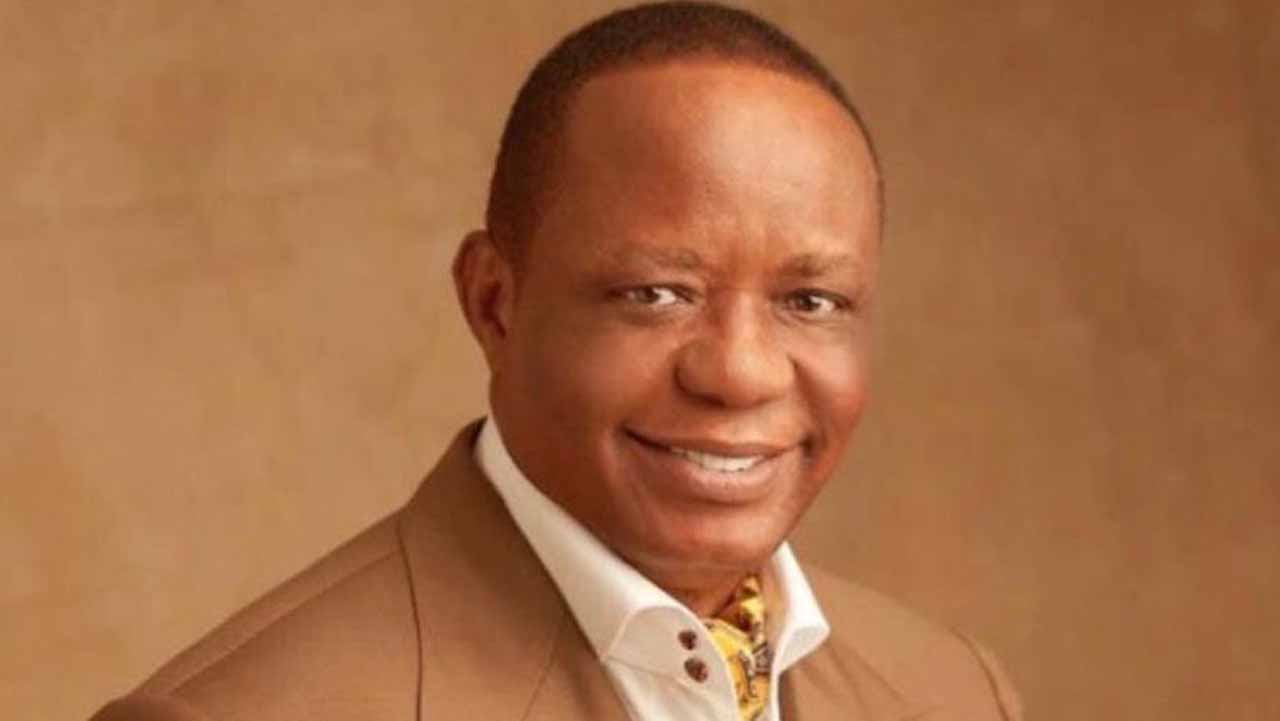 On the issue of birthdays and growing older, Lucille Ball, famous American actress, model and producer held that, “The secret to staying young is to live honestly, eat slowly, and lie about your age.” But Abraham Lincoln, the far more famous US statesman and lawyer who served as the 16th president of the country from March 1861 until his assassination in April 1865, took a radically different tack on the same subject: “In the end, it’s not the years in your life that count; it’s the life in your years.” At 62, on January 7, the riveting life story of Captain (Dr) Idahosa Wells Okunbo, Edo-born billionaire businessman and founding chairman of Ocean Marine Solutions (OMS) Limited, an offshore asset protection company, could be fairly accommodated between the two disparate, piquant perspectives of Ball (minus the ‘lying’ bit) and Lincoln – but clearly mirrors more the essence of the latter’s submission. For Captain ‘Hosa, as he is fondly called, a huge chunk of his six decades-plus-two years on earth represents a period of path-breaking courage and service to his nation and humanity at large. An unassuming, disciplined, big-hearted, deeply-focused fellow with the Midas touch and a large worldview, Captain ‘Hosa, is no less a model, a case study of success who, in his life and business experiences, has traversed challenging grounds and come out tops, navigating with integrity and a deep belief in the progress of humanity.

The depth of his entrepreneurial vision and inspirational thinking must have provided the propellant that powered the fairytale-like trajectory of Nigeria’s top-notch professional, industrialist extraordinary and philanthropist par excellence – enabling him to overwhelm air, land and sea arenas of human endeavors. It’s then hardly puzzling why merited honor trails and dogs his path, unceasingly by a grateful society.

On September 21, 2019, Captain ‘Hosa was honored with the prestigious Global Peace Award, in Geneva, Switzerland, by H. E. Robert Blum, in recognition of his efforts in global peace and business innovations. He was bestowed with the prestigious Order of Lafayette award at the United Nations day for Global Peace. The Order of Lafayette is a patriotic, hereditary, nonpartisan, and fraternal organization established in New York City in 1958 by Colonel Hamilton Fish III (1888-1991), a former Congressman from New York and decorated veteran of the First World War.

He was particularly honoured for his distinguished role in encouraging, engendering and entrenching peace and harmony in Africa and the world at large and was presented with his award by His Excellency, Robert Blum, chairman of the Order of Lafayette Awards. Present at the auspicious and exclusive awards presentation were diplomats and political and economic leaders from all over the world who had all come to celebrate with one of their own.  According to a grateful Chief Owen Chamberlain Obaseki JP, the Otaifoh of Uromi land who paid tribute to Captain ‘Hosa on that occasion, “This eminent Benin son has found his pride of place in this world and even now, lines keep falling unto him in pleasant places. Through sheer hard work, he carved himself a niche, and through the blistering heat of life and the test of fire, he has emerged a refined gold; gold at heart, gold in deeds, in innovations and in the world of merchandise and service delivery.

“As you continue to soar, the skies cannot be your limit. Your constant sojourn clearly depicts you as the owner of your own sphere in every solar year; like an existentialist you have chosen your own destiny and have written your own story in which you feature as the hero. Indeed, you have no limit, Sir.” If Captain ‘Hosa is impressed by the deluge of encomiums and honors offered by an appreciative society, it certainly has not gone to his head. And he is also certainly not resting on his entrepreneurial oars. He has since enlarged his conglomerate beyond marine security and logistics to cover real estate, hotel and hospitality, aviation, entertainment, energy, telecoms, manufacturing, agriculture and with chairmanship and membership of corporate organizations in Nigeria and overseas. Captain ‘Hosa started out his eventful professional life as commercial jet plane pilot at 21, logging almost 10,000 hours of flying time and flying with several airlines including the defunct Nigeria Airways. Many years later, he ventured into agriculture where his company, Wells Hosa Farm Limited, has invested millions of dollars in green house farming and agro-allied business in Edo State. Wells Hosa Farm Green House project is now operational and attracting off-shore interest from the US government.

Vegetables and other agricultural produce from the farm are now available for both domestic and export markets. Wells Farm Limited has also acquired 9000 hectares farmland for an agro business in Edo State that would in the end be built into an agricultural park. The investment is so big that it is projected in the first instance to generate 25,000 jobs, with a capacity to create over 60,000 indirect jobs. His success story on the sea is a different kind of narrative altogether; with over fifty sea vessels, both for security and crude oil movements. His companies; Ocean Marine Solutions Ltd and OMS Tankers Ltd wrought wonders in bailing out NNPC from its challenge when he had to move crude in marine vessels to the refineries in Warri and Port Harcourt as oil pipelines were massively vandalized.

For the past 12 years, his company, OMS Tankers Ltd, has supported in raising the level of oil production in Nigeria and its sustenance by providing dedicated and efficient security solutions for offshore production assets of the major international oil companies operating in the country.

Greying and glowing at 62, Captain ‘Hosa continues to traverse many sectors of the economy, deploying the force of his prolific mind to interrogate the essential environment in his restless longing to identify problems and offer solutions through delivery of goods and services that are usually exclusive. This unique mindset powers the success stories of his flagship company – Ocean Marine Solutions Limited that is into the provision of marine security and logistics; the multi-billion naira five-star hospitality icon, Wells Carlton Hotel and Apartment in Asokoro District, Abuja, the Wells Hosa Green House Farms Limited in Benin and more. According to the 1921 Nobel laureate for literature, Frenchman Anatole France, “To accomplish great things, we must dream, as well as act.”  Captain ‘Hosa has certainly walked his dream and has yet to be done. To a visionary who has created and continues to conjure impactful miracles when others give up hope and who has clearly proved that “it’s not the years in your life that count; it’s the life in your years,” happy birthday!
Isa, a social commentator, wrote from Abuja. 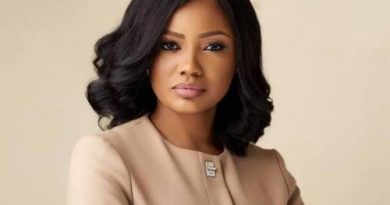 An Accra based businessman, Joseph Agbeko Kpogo, has donated some items to Parliamentary Candidate on the ticket of the National