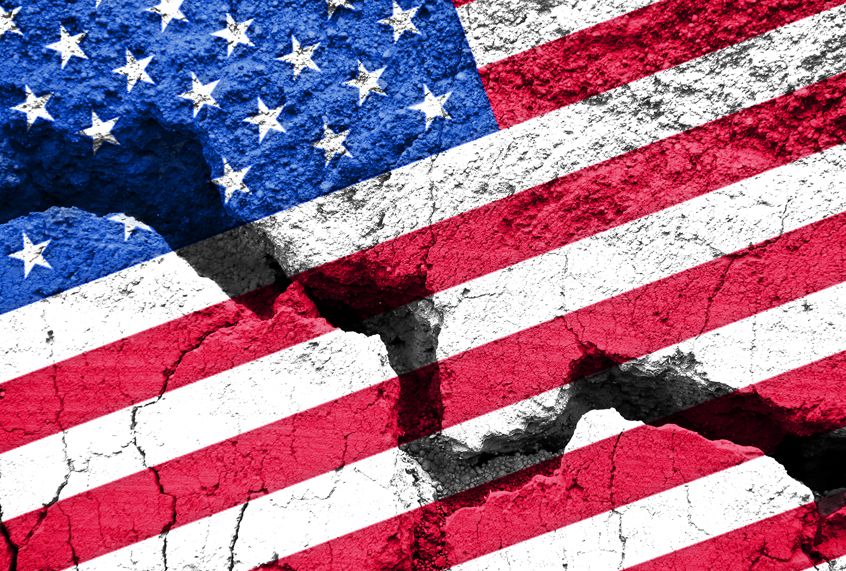 But I want you to remember this: As bad as it looks — as despairing as you can sometimes feel — the great strength of this country is our resilience. We bounce back. We will again. We already are.

First, come back in time with me to when I graduated college in 1968. That year, Martin Luther King Jr. was assassinated. Robert F. Kennedy was assassinated. Our cities were burning. Tens of thousands of young Americans were being ordered to Vietnam to fight an unwinnable and unjust war, which ultimately claimed over 58,000 American lives and the lives of over 3 million Vietnamese. The nation was deeply divided. And then in November of that year, Richard Nixon was elected president.

I recall thinking this nation would never recover. But somehow we bounced back.

In subsequent years we enacted the Environmental Protection Act. We achieved marriage equality for gays and lesbians. We elected a black man to be president of the United States. We passed the Affordable Care Act.

Even now, it’s not as bleak as it sometimes seems. ​In 2018 we elected a record number of women, people of color, and LGBTQ representatives to Congress, including the first Muslim women.​ ​Eighteen states raised their minimum wages.

Even in traditionally conservative states, surprising things are happening. In Tennessee, a Republican legislature has ​enacted free community college​ and ​raised taxes for infrastructure.​ Nevada has expanded ​voting rights​ and ​gun controls​. New Mexico has increased​ spending by 11 percent and ​raised​ its minimum wage by 60 percent. Teachers have gone on strike in Virginia, Oklahoma, West Virginia, Kentucky, and North Carolina — and won. The public sided with the teachers.

Now, come forward in time with me.

Look at the startling diversity of younger Americans. ​Most Americans now under 18 years old are ethnically Hispanic, Asian or Pacific Islander, African-American, or of more than one race.​ ​In ten years, it’s estimated that most Americans under ​35​ will also be people of color or of mixed races.​ ​Thirty years from now, most of us will be.​

That diversity will be a huge strength. We will be more tolerant, less racist, less xenophobic.

Our young people are also determined to make America better. I’ve been teaching for almost 40 years, and I’ve never taught a generation of students as dedicated to public service, as committed to improving the nation and the world as is the generation I’m now teaching. That’s another sign of our future strength.

Meanwhile, ​most college students today are women​, which means that in future years even more women will be in leadership positions – in science, politics, education, nonprofits, and in corporate suites. That will also be a great boon to America.

I don’t want to minimize the problems we now have. I just want to remind you of how resilient America has been, and how well situated we are for the future.

Never give up fighting for a more just society.

The forces of greed and hate would prefer you give up, because that way they win it all. But we have never given up. And we never will.

A nematode species discovered in Lake Mono has three sexes

His Spiritual Eminence, The Tijaniyya Spiritual Cleric, Sheikh Mohammed Salis Shaban, who is the Khalifa and Grand Khadim of Sheikh