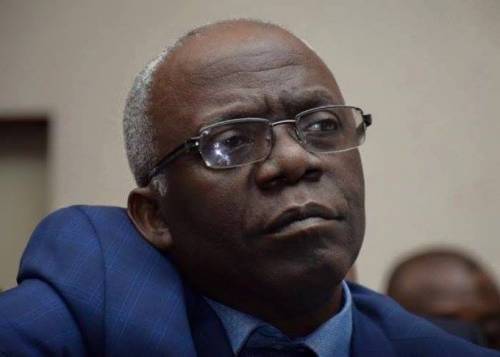 The late Dr Bekololari Ransome-Kuti had lived a life of activism. As a young medical doctor in the 1980s, he was in the forefront of the campaign of the Nigerian Medical Association for quality health care for the Nigerian people.

He was also involved in the pro-democracy struggle under the defunct military junta. When Miss Abosede Folasade Wagboje informed her family members and friends that Dr Beko Ransome-Kuti had proposed to marry her, they kicked against it.

The fear was that her intended husband might be regularly detained or even killed by the military dictators. However, when Absede informed them that her mind was made up on the matter, they wished her success. Even though the marriage had challenges, it turned out to be a successful one. The marriage was blessed with two lovely daughters, Funmi and Lande.

Of course, as an activist in her own right, Bose had no difficulty coping with Beko’s complex lifestyle. On many occasions the family residence at 6, Imaria Street, Anthony Village, Lagos, was violently invaded and raided by armed goons because it served as the headquarters of the Committee for the Defence of Human Rights and Campaign for Democracy, which coordinated the pro-democracy organisations at the material time. Both organisations were led by Dr Ransome-Kuti.

It was also the office of Fela Anikulapo’s Egypt 80 Band, which was also managed by Dr Ransome-Kuiti. It is remarkable to note that Mrs Ransome- Kuti never discouraged her husband from hosting the meetings of the opponents of military dictators. In particular, the family extended solidarity to all comrades. It was the same hospitality that was extended to the Nigerian Medical Association.

Since Beko passed on almost 12 years ago, Mrs Ransome-Kuti had acted as a rallying point for the family. She was friendly, caring and motherly. Hence, she was well loved and respected by all members of the Kuti family.

Notwithstanding that her husband was an atheist, Mrs Ransome-Kuti took her religion very seriously. She was a committed member of the Fountain of Life at Ilupeju Industrial Street, Lagos. As a prayer warrior, Mrs Ransome-Kuti usually assured me that all our comrades “are covered with the blood of Jesus Christ.”

She was a passionate believer in climate change. Instead of organising an owambe party to celebrate her 70th birthday in January 2015, she decided to plant 70 trees.

For Mrs Ransome-Kuti, tree planting has social, economic and health benefits and is a key policy for a “Green Lagos.” She was joined by family members, friends and well wishers, who sponsored a tree each.

She distributed the proceeds from the sales of the 70 trees to four charity homes: Echoes of Mercy and Hope Foundation, Child Care Social Services, Modupe Cole Memorial Child Care and Treatment Home and Tunji Adebayo Foundation.

As a close family friend, I was informed sometime in December 2018 that Mrs Ransome-Kuti had to undergo surgery for brain tumour. Because of the comatose state of medical centres in the country, I suggested that she be flown abroad for the surgery. But Prof Boniface Oye-Adeniran, one of Beko’s friends, assured me that the operation could be successfully carried out at the Lagos University Teaching Hospital.

I had no cause to doubt his assurance since he was then a professor and consultant in the hospital. Apart from the professionalism exhibited by the team of doctors, who were assembled to handle the case, they believed that they had a duty to show appreciation to the memory of Dr Ransome-Kuti, who was a former Chairman of the Board of the hospital. Happily, the surgery was successful.

Since she was discharged a year ago, Mrs Ransome-Kuti’s recovery has been remarkable. When Dr Ore Falomo passed on in November 2019, I rushed to his house to commiserate with the family. I was surprised to see Mrs Ransome-kuti in the house.

She had walked down from her Imaria residence to Dr Falomo’s house at Bush Street, Anthony Village, Lagos, a distance of about 200 metres to pay her condolence visit. We chatted as I was delighted at her level of recovery. I was therefore taken aback when I was informed a fortnight later that she had passed on at the age of 74 years.

She was said to have had respiratory crisis. In consoling Lande, who had called me to break the sad news, all I could say was: “And she fought so courageously to live after the surgery”.

‘I Will Get Rid Of Trailers In Apapa Within My First 60 Days In Office’, Says Sanwo-Olu

SVTV Africa, for some time now, in a segment dubbed; Ghetto Life, on many occasions, have brought to light, these