Police surrounded the southeastern town of Aboisso for 48 hours last week and searched vehicles, cocoa plantations and nearby villages for children who were being forced to work or transported for purposes of trafficking, the government said.

The victims ranged in age from six to 17 and came from the nearby West African countries of Nigeria, Benin, Ghana and Togo, according to a statement.

“We are going to multiply this kind of operation,” police superintendent Zaka Luc told the Thomson Reuters Foundation.

The operation, code-named “Bia III”, was the first since at least 2017 and followed the launch six months ago of a new national action plan against child labour, said Luc, deputy director in the anti-trafficking division.

The government said it hoped to “send a strong signal” to traffickers by raiding Aboisso, a hot spot.

An estimated 890,000 children work in the cocoa sector, some for their parents and some trafficked from abroad, according to a 2018 report by anti-slavery organisation Walk Free Foundation.

Children are also trafficked to Ivory Coast for other types of work, such as mining and domestic servitude. Among the victims rescued last week were at least six Nigerian girls being trafficked for prostitution, said police.

The rescued children were placed in the care of a charity in Aboisso while investigations are under way to find their parents, the government said.

“We are appealing to all parents. A child’s place is at school and not on plantations,” he said in a statement.

The number of police operations will depend on available funding, said Luc. This one was financed by the office of First Lady Dominique Ouattara, who has championed the cause.

The new action plan was praised by some cocoa industry executives last year for taking a wide-reaching approach to tackling the issue, including through investing in education and empowering women. 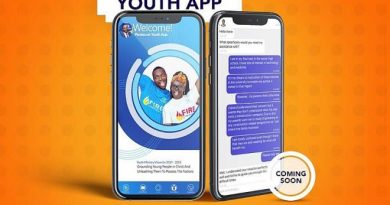